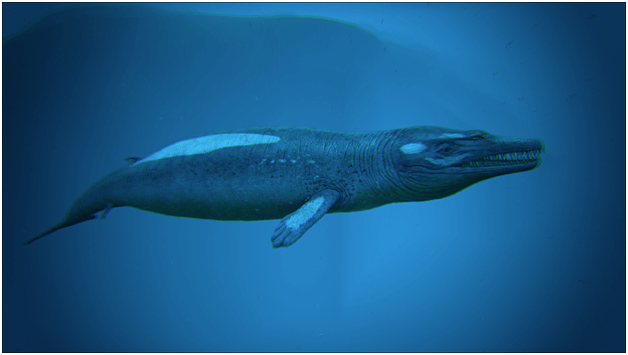 The Basilosaurus Solatiumfecit is a water creature that was first seen during the late Eocene period and has a piscivore diet along with a passive temperament.

This creature appears to have similarities with other modern whale-like creatures although it seems to be limited to shallow waters.

A wild Basilosaurus does not attack humans nor will it fight back but usually there will be other sea creatures following it that will attack those who harm it.

Tribes that have tamed a Basilosaurus can make use of it for a safer encounter with most underwater creatures as well as its ability to produce oil that can be used for crafting. 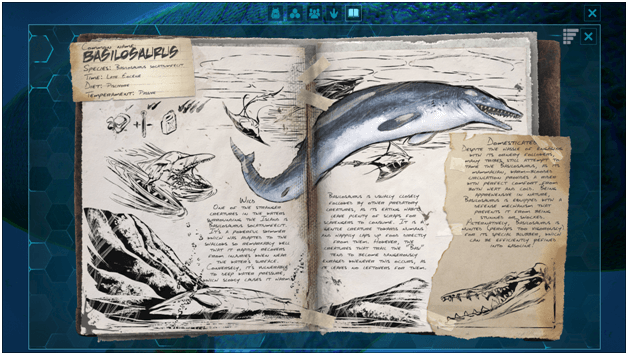 The Basilosaurus has adapted to being in shallow water and appears to heal much quicker while in the deeper parts of the sea, it appears to actually drown and eventually die.

Smaller creatures tend to follow the Basilosaurus around since it leaves behind scraps for them to feed off of and in return, they will protect it when threatened.

This creature is usually tamed as it makes a great underwater mound due to its ability to protect its rider from hot and cold temperatures.

While most creatures become victims in the water, the Basilosaurus remains somewhat safe due to its defense mechanism which prevents it from being stunned or shocked in the water. 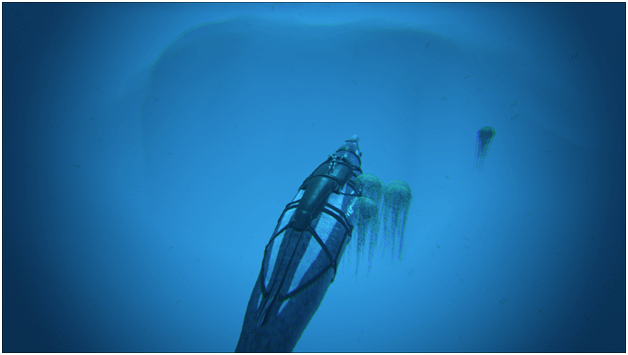 The Basilosaurus’ defense mechanism allows it to be immune from disables such as being shocked by Cnidaria or being grabbed by Tusotheusis.

Periodically, the Basilosaurus will generate oil over time which can be found later on in its inventory.

The Basilosaurus has a higher base health than most creatures in the water and can take more damage in fights.

Having a good amount of speed and health along with an immunity from disables, the Basilosaurus is considered an excellent aquatic mount.

The thick blubber of the Basilosaurus is capable of protecting its rider from both the heat and the cold that may be present.

Being a creature that cannot be disabled by underwater creatures, the Basilosaurus along with its fast movement speed can be used scouting and easily getting from one place to another.

How to Tame Basilosaurus? 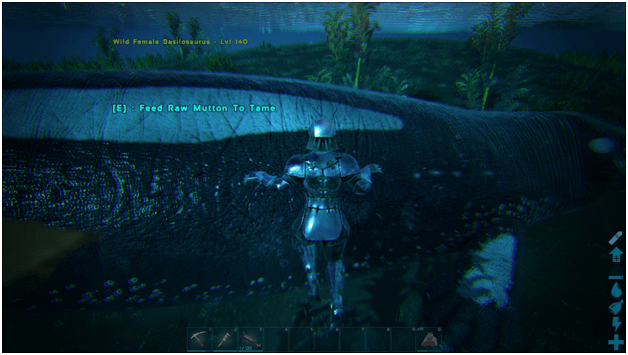 To tame the Basilosaurus you simply need to swim up to it and feed it the taming item but beware of the smaller creatures nearby as they may attack you if you get too close.

It is best to kill all the other predators that are following the Basilosaurus to ensure the taming process is safe and has a higher chance of being successful. 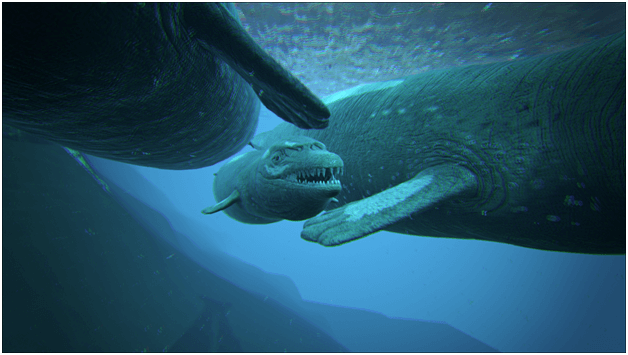 After two Basilosaurus have finished mating, the female will begin gestation and give birth to a Baby Basilosaurus.

Basilosaurus are usually found in shallow water, easily spotted by the groups of creatures following it.

Maps where the Basilosaurus spawns:

The following are spawn maps where the Basilosaurus can be found 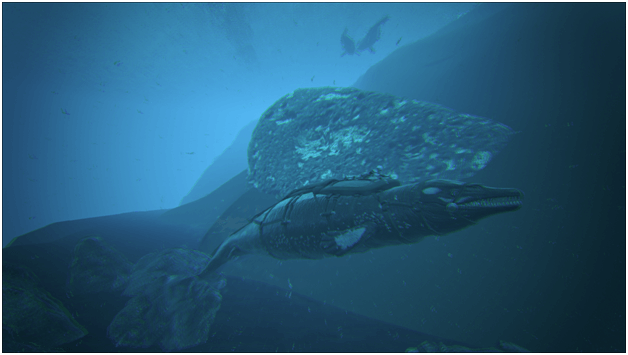 Usually hunted for its blubber that is used as tribute, the Basilosaurus is mainly found when no searched for and appears to be hard to find when needed.

These creatures may appear to be cute and friendly at first but with an experienced rider, they can be pretty useful in raids and in farming resources underwater.

Most tribes utilize this creature for its ability to produce oil and its immunity to certain underwater dangers such as Tusoteuthis that grab and Cnidaria that shock.