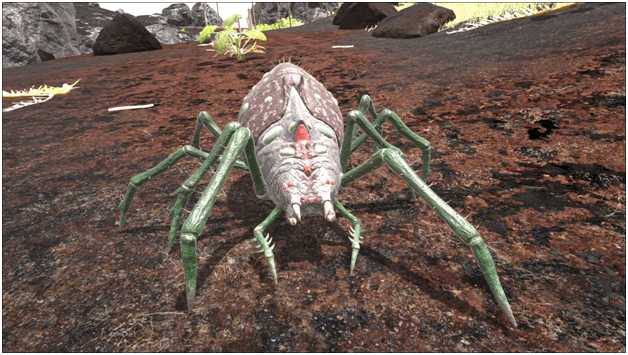 Araneomorphis Amalgotantubus is an aggressive carnivore that existed far earlier than most creatures dating back to the Mesozoic Era.

This creature has somehow grown to be larger than a human and can actually carry one on its back or even kill one if wild.

These creatures are mostly found inside caves along with other wild cave-dwelling creatures or around volcanic areas where it seeks warmth.

When humans approach these beautiful creatures, the Araneo will definitely attack and try to disable them in order to eventually kill and devour them.

Tribes tame such creatures to utilize them for their ability to shoot out webbing that can slow down wild creatures for taming or enemies during battles. 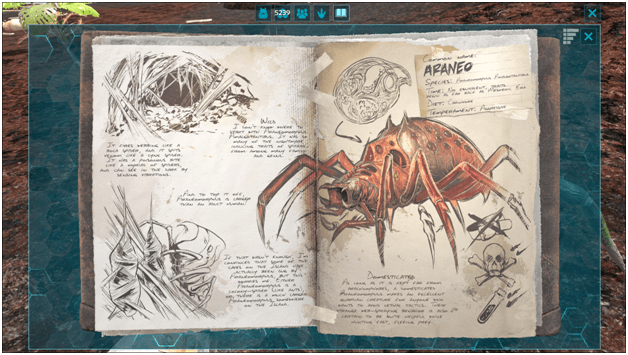 Arguably a creature that is either beautiful or the stuff of nightmares, The Araneo are human sized spiders that can bite down and inject a staggering poison as well as shoot out large webbings to disable their prey.

It has been theorized that the ancient Araneo, much like ants have colonies that have dug up some of the cave systems seen throughout the island or a larger Araneo has done this instead but it has yet to be proven.

Domesticated Araneo can be very useful when it comes to immobilizing enemies as it can use its web to drastically slow enemies and its torpor inflicting attacks to paralyze them. 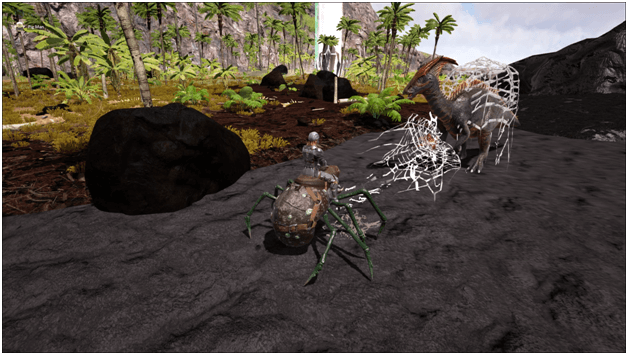 Araneo can shoot out blankets of webbing that can hinder the movement speed of creatures without hurting them. 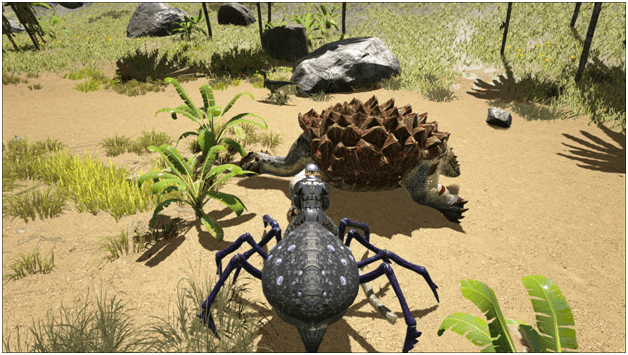 The Araneo is capable of inflicting torpor when attacking enemies, eventually paralyzing them after enough successful hits.

With their sticky webbing and torpor inducing bites they can be used to ambush and work with other creatures that can dismount the rider and take them out. 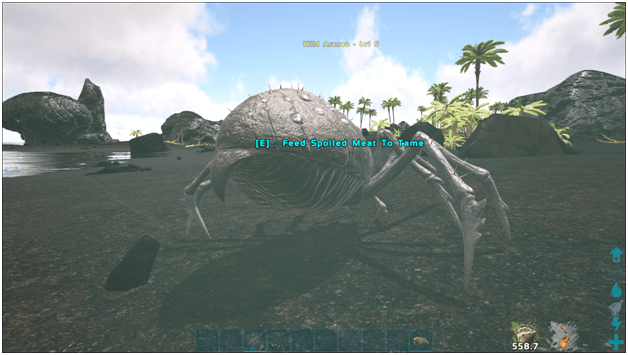 Araneos are passively tamed and must be approached up close to feed it the food that it desires, avoiding making it aggressive in the process.

In order to tame an Araneo, one must simply use Bug Repellant to avoid making it aggressive and sneak up to it to feed it the proper taming food.

The Araneo currently seems to be unable to breed which means that if a tribe would want several of these creatures, they must each be tamed one by one. 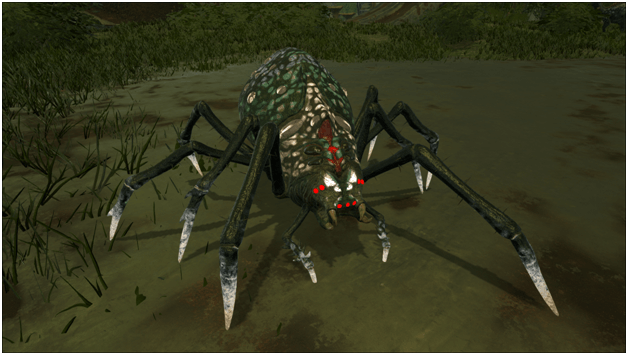 The Aberrant Araneo can be found in the Aberration and Valguero maps.

Araneo can be found mainly in either cold dark caves along with other creatures or lurking around warm and volcanic areas.

Maps where there are Araneo:

The following are spawn maps where the Araneo can be found 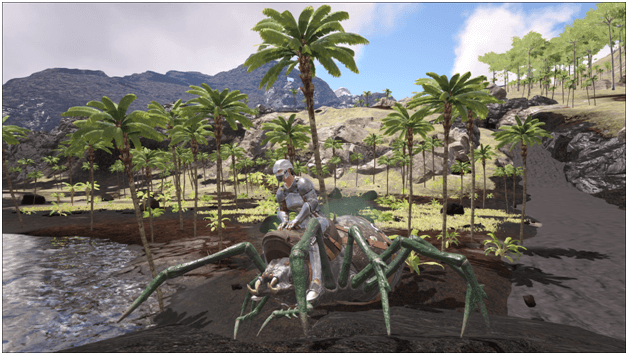 Most humans will be intimidated by these creatures which is maybe due to their large size and ability to slow one down to be attacked by the Araneo as well as other creatures.

Falling victim to the Araneo is inevitable for those who try to travel into the caves in search for hidden treasures within them when the attempt is done unprepared.

As a mount Araneo are best for supporting riders spitting out webbing towards flying or charging creatures, slowing them down significantly to allow the the tribes to take advantage.