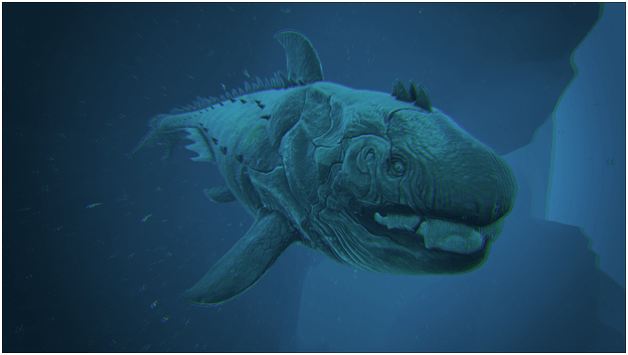 Dunkleosteus Loricaruptor is a carnivorous sea creature from the late Devonian period that has docile temperament.

These creatures appear to be heavily armored due to the thickness and sturdiness of its armored plates that cover its body.

Many of these can be seen wandering in the depths, swimming around in less open areas where they remain in solitude from other sea creatures.

Although the Dunkleosteus is a carnivorous creature, they do not necessarily seek out and hunt humans or tamed creatures but they will retaliate once they feel threatened.

Tamed Dunkleosteus are one of the favorite choices of tribes due to its ability to shatter ores with its tail, making it excellent for farming different resources from them. 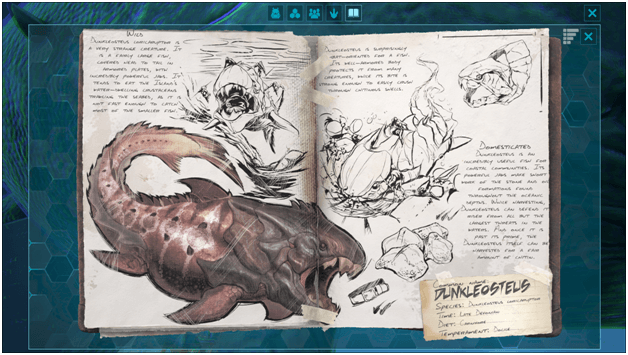 The Dunkleosteus is very large in size and tends to feed on crustaceans that lurk in the water which is done easily due to its powerful jaws that are strong enough to even crush rocks.

Not only does this creature have jaws that can break stones and shells from other creatures but it also has sturdy plates that cover its body, protecting it from harm.

Some tribes seek these creatures out due to the vast amount of chitin that can be harvested from its body while others utilize it for destroying underwater rocks and veins in order to harvest resources. 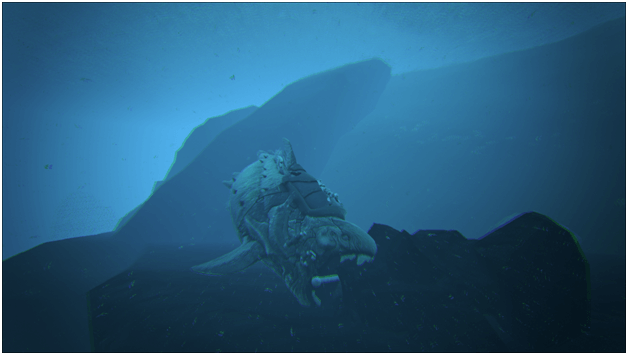 The Dunkleosteus is capable of destroying underwater rocks and veins which allows it to harvest the resources from them.

The Dunkleosteus is capable of harvesting underwater nodes for resources such as stone and metal for rocks or oil from such nodes.

Due to the plates that cover its body, the Dunkleosteus remains very well protected and can tank a lot of damage when facing enemies.

How to Tame Dunkleosteus? 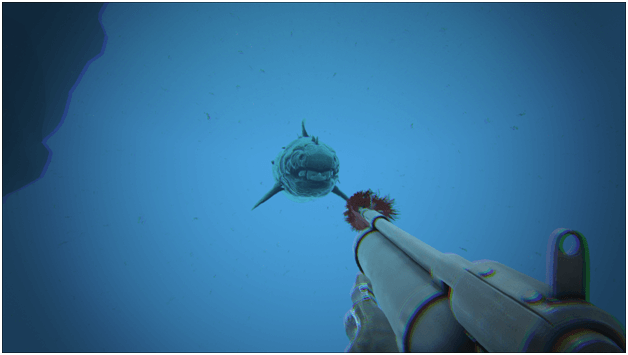 Taming a Dunkleosteus may take a bit longer than most creatures as the plates that surround its body will reduce the damage it takes.

Torpor will slowly be inflicted due to the low amount of damage received but as long as you have the ammunition for knocking them out, the creature will sooner or later succumb to the torpor. 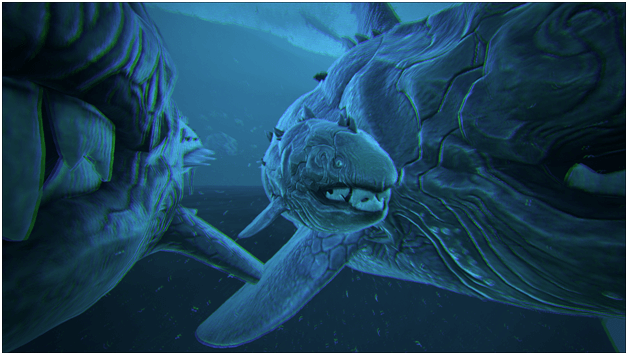 After two Dunkleosteus mate, the female will gestate and later on give birth to a Baby Dunkleosteus.

Dunkleosteus can usually be seen swimming underwater in the deeper parts near the bottom of the ocean.

Maps where the Dunkleosteus spawns:

The following are spawn maps where the Dunkleosteus can be found 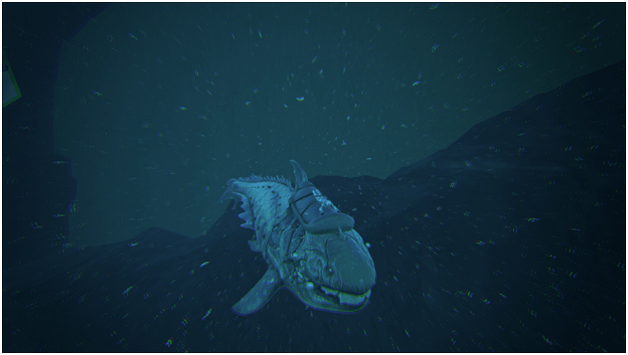 Considered to be one of the strangest creatures, the Dunkleosteus is known to be an enlarged fish with armor plating that makes most survivors lazy to hunt due to their sturdiness.

Although the Dunkleosteus may be hard to kill, the resources it provides comes in large amounts, especially when it comes to Chitin.

Tribes that leave closer to water or that even have bases underwater, make use of these creatures to farm metal and stone where the underwater nodes can be found.