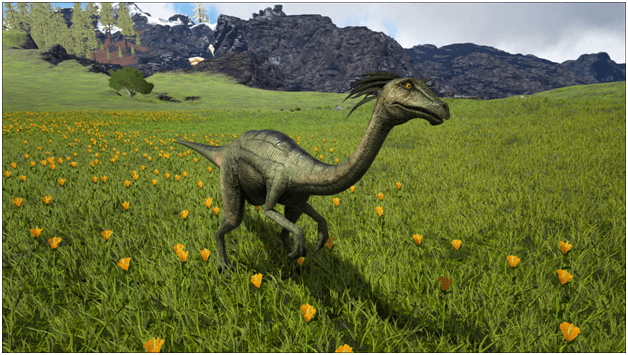 Gallimimus Evolvelox is a skittish herbivore that lived during the Late Cretaceous Epoch.

These creatures are shaped for speed, having a long streamlined body and powerful legs which they use for traveling great distances.

These creatures are usually seen in jungles, redwood forests and in plain areas where eit can run fast while being unobstructed by other objects.

Gallimimus will instantly run away once approached by a human or tamed creatures as they are very cowardly and always have a knack for escape.

Tamed as a land scouting mount, it is strong enough to carry 3 passengers at really fast speeds on land but its flaw is its fortitude since the Gallimimus are easy to kill when cornered. 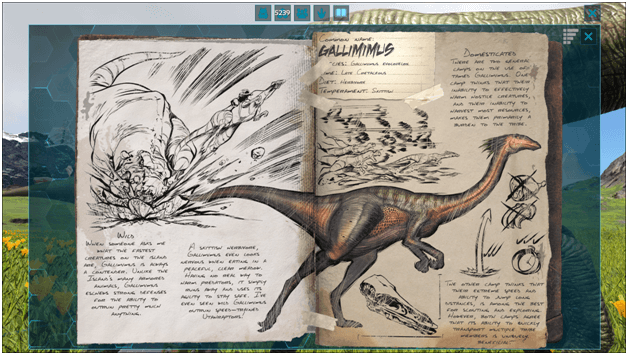 The Gallimimus will always be mentioned when tribes talk about speed, being one of the fastest land mounts in the Ark, able to outrun predators and leave them in the dust.

Gallimimus have an uncommon evolutionary track, ditching the armor and thick hide to gain more speed and freedom of movement.

It is a skittish herbivore maybe due to its almost defenceless body against sharp teeth or claws and can be seen either eating berries off of plants or running for its life, even if nothing is chasing it.

Tribes usually debate about the usefulness of the Gallimimus where some would prefer not to tame it due to its fragility while others see the speed it has as a very beneficial advantage.

The Gallimimus can be considered one of the fastest dino on land and it can take a maximum of 3 passengers and bring them around quickly.

Dominating the speed category of land mounts, Gallimimus are capable of covering a lot of ground in a short amount of time, making them perfect for scouting areas and escaping danger.

Not only is the Gallimimus fast and capable of chasing after creatures that you are taming but you can bring other tribe members along with you to help taming creatures you are after.

How to Tame Gallimimus? 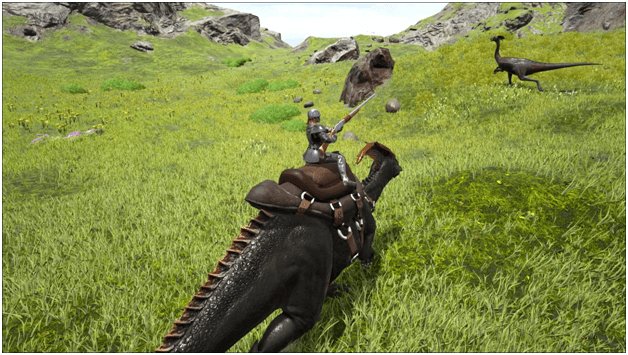 Gallimimus are very fast and to chase after one on foot would be a hassle, making it much viable to have a mount when chasing after one.

Using a mount that allows you to shoot from its back will help the process of taming the Gallimimus as you can always run after it whenever it sprints away. 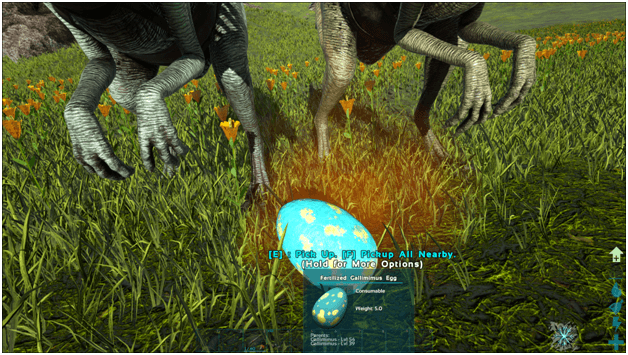 After mating, the female Gallimimus will lay a Fertilized Gallimimus Egg which is distinguished by its light blue color and yellow spots.

Gallimimus are usually found in wide open spaces all over the map where it can run freely in any direction.

Maps where there are Gallimimus:

The following are spawn maps where the Gallimimus can be found: 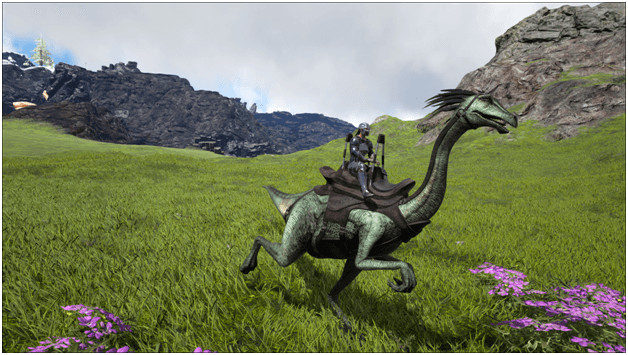 A tamed Gallimimus can out run pretty much anything on land and some have been seen running circles around mounted Rexes that trying to take a bite out of them and their rider.

Unable to attack or defend encampments like other dinos, some tribes consider it as dead weight compared to Sabertooths or Raptors while on the other can claim to have outrun several predators on them.

When there’s a need for speed, the Gallimimus is one of the creatures you would want to get your hands on as they were pretty much made to outrun anything alive.