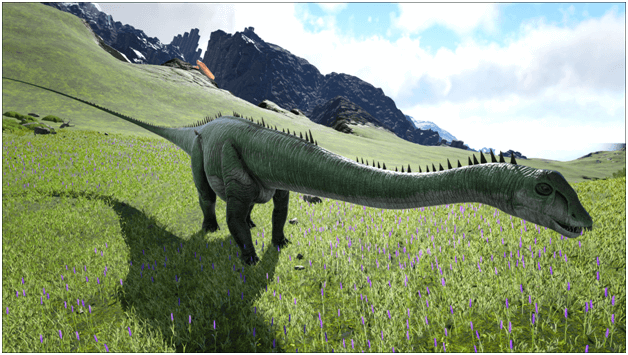 Diplodocus Insulaprincep is a naive herbivore that first appeared in the Late Jurassic epoch.

These creatures have features that can make them easily be mistaken for the Brontosaurus, having a long tail and even longer neck with an unusually small head relative to its body size.

The Diplodocus, a very friendly creature in the wild that will even try and cuddle creatures that try to attack it or play around with survivors that get close to it.

When the diplodocus spots a human it will start to walk towards the human lightly nudging them in the attempt to make friends with the human.

Once tamed, the Diplodocus is used as a mass transport creature, taking groups of a maximum of 10 humans and their equipment to different locations on the map at a fast pace. 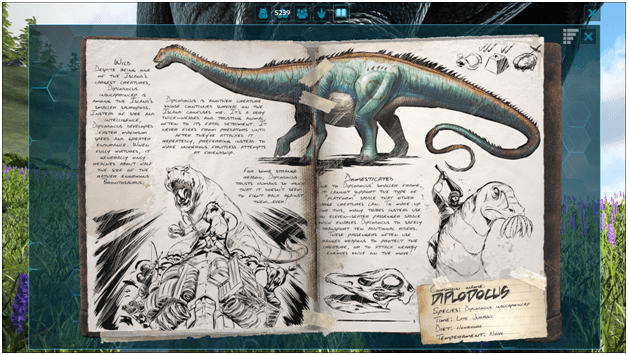 Being one of the largest sauropods, the Diplodocus even though being very large is not slow by any means and is able to flee even from certain predators on land.

A friendly creature is surely a welcome sight on the ark, it is amazing how the diplodocus survives with such a friendly temperament in this cruel land.

Due to its speed, Diplodocus cannot be fitted with a platform saddle unlike other sauropods, instead it is equipped with a 10 seater saddle with 1 seat just behind its neck for the driver. 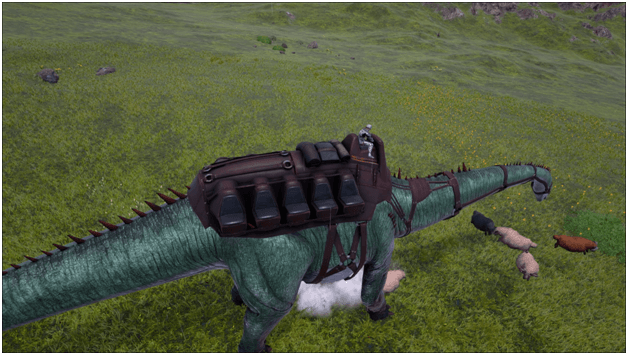 The Diplodocus’ attack does not deal damage to other creatures or humans and can be used to gently push creatures based on their size across a certain distance.

The Diplodocus can be used to transport multiple passengers as well as carry a good amount of weight on it due to its large size with the addition of being able to get around fast due to its high base speed.

While the Diplodocus isn’t the best creature to use head on when fighting, they are still capable of tanking a good amount of damage.

How to Tame Diplodocus? 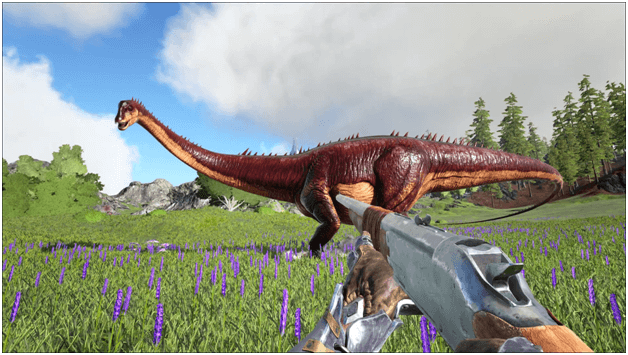 The Diplodocus can be safely knocked out with torpor inflicting weapons as it will not be able to damage you but be sure to avoid getting thrown of cliffs and to watch out for other predators. 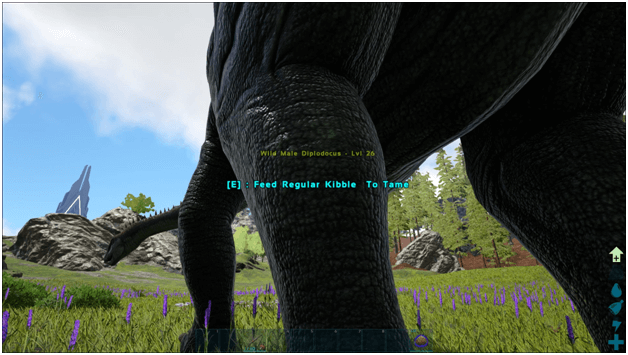 Instead of knocking out the Diplodocus, it can be passively tamed using taming food by simply approaching it and interacting with it. 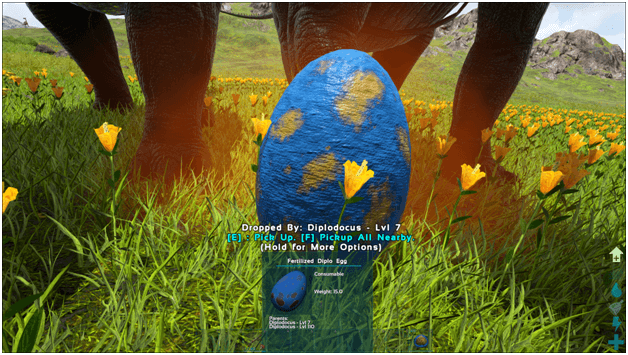 Upon mating, the female Diplodocus will drop a Fertilized Diplodocus Egg which is blue in color along with yellow spots. 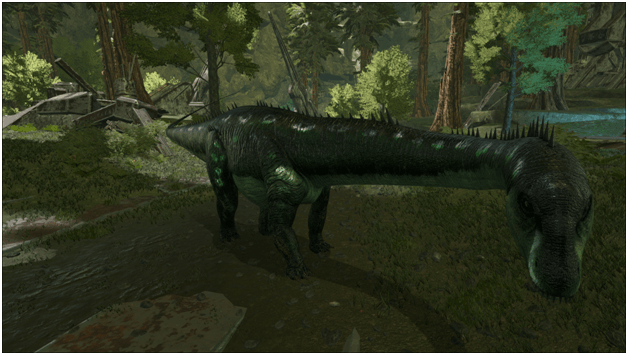 Aberrant Diplodocus can be found on the Aberration map.

Diplodocus is often seen in the rainforest biomes or open grasslands trying to make friends with the dangerous creatures around it.

Maps where there are Diplodocus:

The following are spawn maps where the Diplodocus can be found

Aberrant Diplodocus Spawn Location: The Diplodocus only spawns in the Aberration map. 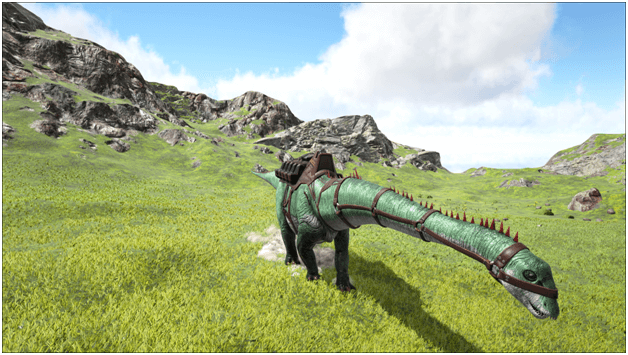 Diplodocus are naive and careless creatures in the wild and would  often nudge creatures off cliffs or into other dangerous situations while trying to get close to their new potential friend.

The Diplodocus is able to withstand getting attacked by smaller creatures and can easily get away from them due to its large size and fast speed.

Once the Diplodocus is tamed, they are mainly used for transporting groups of humans across land as well as items or resources as they have a larger weight capacity than most creatures.