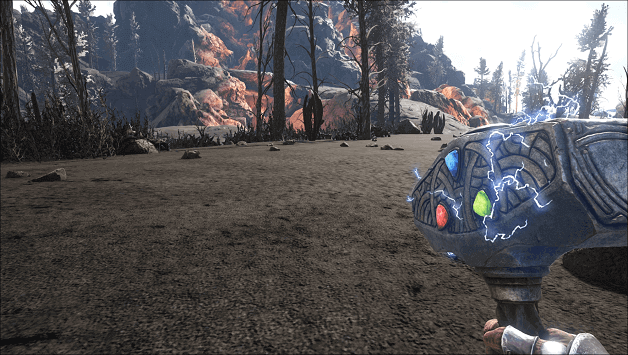 “A mighty hammer fit for a god, thrumming with the fury of thunder itself!”

One of the main attractions of Ark Fjordur was the introduction of the Mjolnir Skin, which worthy players

The Mjolnir Skin in Ark Fjordur is an applicable skin that can be added to the Tek Sword, changing its appearance as well as granting it additional abilities.

How To Get Mjolnir Skin?

Before getting anywhere near obtaining the Mjolnir Skin, you will need to first work your way up and progress through Fjordur.

The first step to get Mjolnir skin is to defeat the mini bosses or world bosses who are Beyla, Steinbjorn, Hati, and Skoll, who will each drop relics for the next bosses.

Once you have the relics from the world bosses, you will need to fight the next bosses, who are Broodmother, Megapithecus, and the Dragon, who drop their trophies.

For each difficulty (Gamma, Beta, and Alpha) you will need to defeat the specific bosses and use them to summon the final boss, Fenrisulfr.

You will get the Mjolnir Skin after defeating Fenrisulfr, but before you can use it, you must first prove yourself to be worthy.

How To Use Mjolnir Skin? 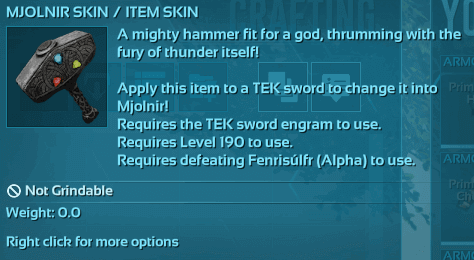 To use the Mjolnir Skin, you simply need to equip it on your Tek Sword, similar to equipping an attachment to other weapons.

However, just because the skin has been equipped, this does not mean that you can use it right away because you need to be deemed worthy.

This requires you to reach level 190, which means you need to defeat multiple bosses, ascend, and much more to get bonus levels.

How To Become Worthy?

To become worthy to wield Mjolnir, you will first have to become worthy and this means you need to reach the maximum level in Ark, which is currently 190.

To answer the question of how to reach level 190 in Ark, you will have to complete all of the tasks mentioned below:

Adding the Mjolnir Skin to the Tek Sword will grant it two additional abilities allowing you to throw the hammer (and have it return) as well as cause a bolt of lightning to strike where it lands.

Allows you to throw the magical hammer to where you are aiming, damaging creatures along the way, and repeating this ability will also recall the hammer to you.

When the Mjolnir is stuck to a surface, using this ability will summon a lightning bolt to strike down and cause a ring of electricity to spread outward, damaging the closest enemies the most. 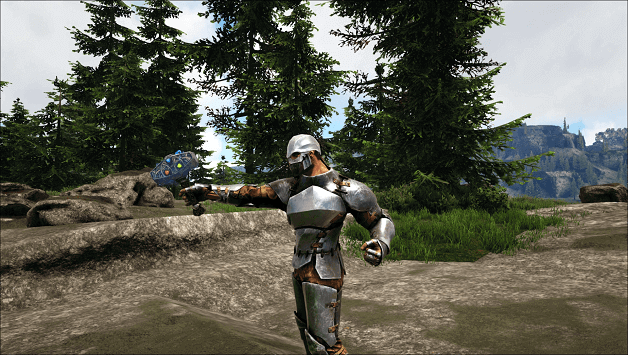 The Mjolnir Skin may not be the easiest to get but that is why it is considered a late-game item since it’s only for those who are worthy.

Aside from bragging rights, you also get the ability to use skills that the God of Thunder himself would, making it all the more fun.

While it may take some time to get everything needed to become worthy to wield Mjolnir, it does prove to be worth the effort.