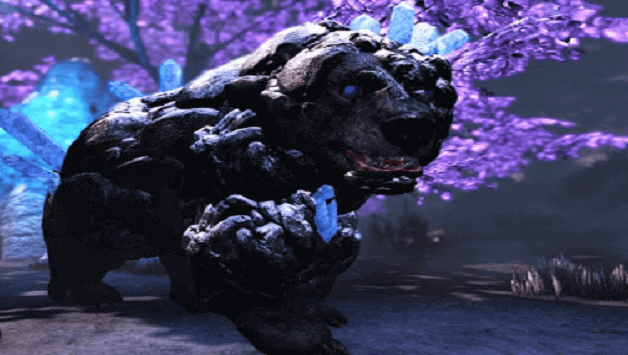 Steinbjorn is a giant bear that harnesses the power of the cold mountains, being merged with rubble and frost.

Players who wish to obtain the Steinbjorn Relic will need to face this beast and defeat it if they wish to continue to later summon the Megapithecus.

This mini boss needs to be defeated if you wish to progress in the Fjordur map to eventually face the final boss later on.

To fight Steinbjorn, you must first find his cave, which is located in a different realm which you can access through the portal room, Jotunheim.

Once you are in Jotunheim, you will need to find its cave and locate a terminal within to use your Runestones for summoning him.

Take note that Jotunheim is extremely cold and you will need the right gear and even consume Fria curry to keep yourself warm.

Use 30 Runestones by placing them in the terminal and you will then be able to summon Steinbjorn, who will manifest and begin attacking you.

Additionally, when cheats are enabled, you may summon it with the following Steinbjorn spawn commands: 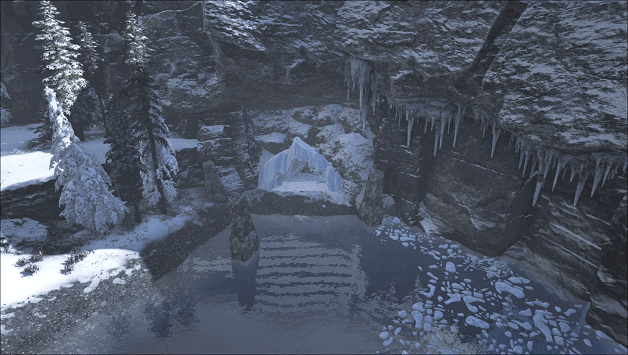 Steinbjorn’s cave is only accessible from Jotunheim and you will need to first find the portal room on Midgard and teleport.

You may find the entrance at the side of a small lake with a small entrance covered in ice.

The fight with Steinbjorn can take quite a bit of time since it has a high amount of health and damage resistance.

It would be wise to bring multiple tamed creatures to fight off this large beast and you should avoid being on foot at all times.

Steinbjorn will occasionally summon Rubble Bears to attack you, which should be killed to prevent additional damage from being done.

He will also summon ice shards and rubble that will begin to circle him, damaging you if you are close by and they collide with you.

If there is the distance between you and Setinbjorn, he can attack you by sending ice shards and rubble crashing down on you.

Using a tanky creature with higher damage is a good way to take this mini boss out and the higher the numbers, the more damage you can deal. 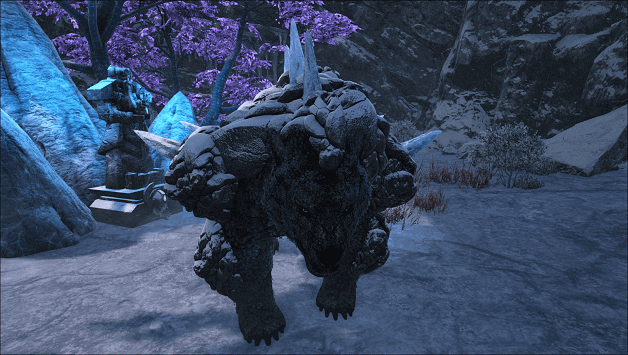 Steinbjorn is a mini boss and will spawn at level 1 by default, but it is very powerful and takes reduced damage from attacks.

After defeating this mini boss, you will get 30 Elements along with the Steinbjorn Relic, which you can use later on to summon the Megapithecus boss.

The Steinbjorn fight may also reward you with gear that can range from Ramshackle to Ascendant rarity depending on chance and the drop table.

There are several Steinbjorn drops and among the Steinbjorn loot table you can get up to Riot Armor as well as Pump-Action Shotgun tier equipment.