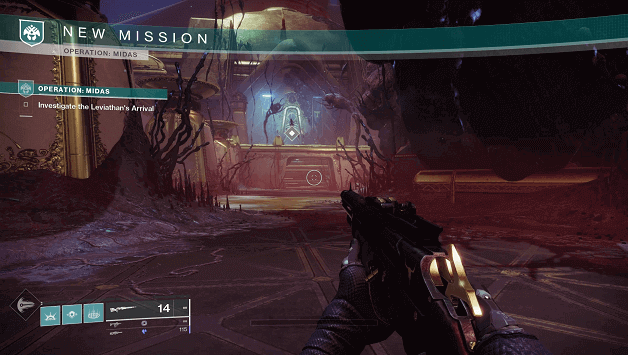 The Vanguard Operation Midas has begun and Zavala informs you that the exiled emperor Calus has anchored his ship off the Moon.

Eris Morn emitted a disruptive frequency upon the Leviathan’s arrival and to their surprise, the Pyramid responded.

It is your task to assess the danger and find out what is going on to ensure that things do not go wrong as things progress.

How To Get Operation Midas Quest?

You begin the Operation Midas quest at the start of Season 17, Season of the Haunted which occurs after the opening cinematic. 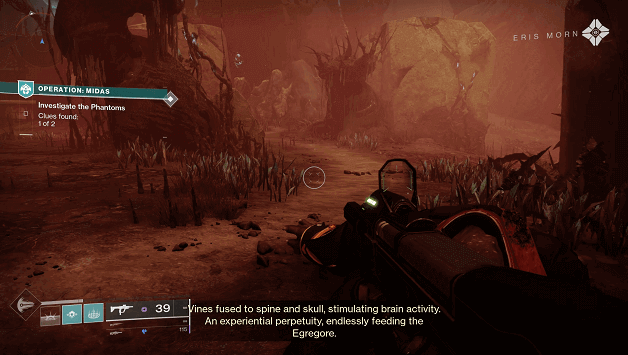 Start by making your way towards the waypoint marking an entrance going further within the Leviathan, which eventually does not open.

Once the waypoint disappears, you will need to find another way to get inside, which is another entrance nearby marked by a waypoint.

Make your way towards the waypoint and you will find yourself traveling through corridors full of phantoms.

Upon reaching the end, you will enter the Pleasure Gardens which is where you will need to find and scan 2 phantoms.

If you are wondering how to investigate the phantoms, simply look for the dead body near a giant golden statue head and scan it.

You will then be pointed to the next phantom which is located inside one of the nearby entrances, appearing to be a destroyed ghost.

A waypoint will point you to your next destination and you will need to follow it as a phantom leads you through a path.

Continue following the phantom until you reach the end where you will need to jump up to enter the upper level.

Continue following the waypoint and you will notice a creature pass by, keep going and you will find a gate that is stuck.

Destroy its Arc Conduit to the left to open the gate and continue making your way to the upper levels by jumping up again.

Continue following the right path to the next waypoint which will lead you into the Derelict Leviathan Throne area.

You will encounter a Cabal enemy that radiates foul energy and must not fight it, instead, go past it to the next gate and destroy its Arc Conduit to get through.

You will enter a room where there are Egregore Spores, which you must attack to gain a temporary buff (Egregore Link) to get through the spore barriers.

Continue making your way through the waypoint which leads you to jump down to the lower level and you will need to continue along until you reach Calus’ throne.

One of Calus’ contraptions will be sitting on the throne and you will need to investigate it by interacting with it to proceed.

After interacting with Calus’ contraption, you will be ambushed by Loyalist enemies and will need to survive as Eris Morn tries to get you out of the area.

Eris Morn fails to help you and tells you to run and you will have to make your way towards the exit where your ship will be sent to pick you up.

This mission serves as an introduction to the Season of the Haunted and will reward you afterward with New Quest Activities for the season. 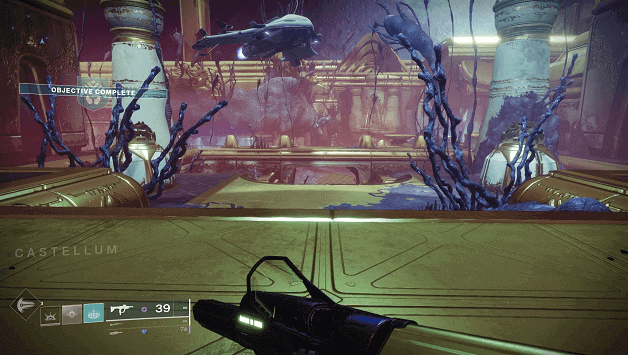 It appears that the investigation turned out to be a trap set up in an attempt to kill the Guardian or whoever went to check on the Leviathan.

Later on, Eris Morn speaks of the Pyramid answering the Leviathan’s call, making it uneasy for the Vanguard as it sent phantoms that confused everyone earlier.

Eris Morn now believes that it is time to sort to Hive magic which may or may not bode well for everyone, which Caiatl disapproves of.