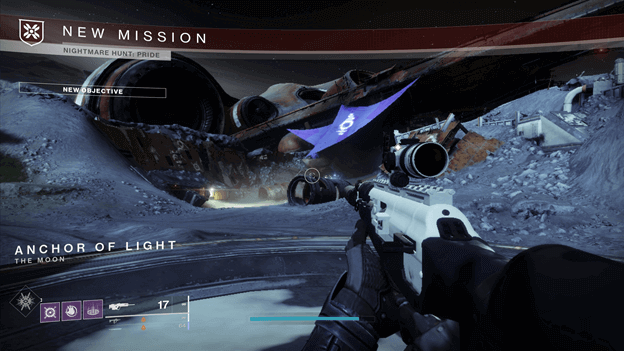 The Nightmare Hunt: Pride mission is one of the 3 Nightmare Hunts that you need to complete for step 14 of the Legacy: Shadowkeep campaign.

You will be hunting Nightmare of Skolas, Kell of Kells in this mission, and will encounter multiple factions but mostly Fallen at the end.

How to Get Nightmare Hunt: Pride Mission?

Once you reach quest step 14 in the Shadowkeep campaign, you will be able to find this mission on the map in the Anchor of Light area. 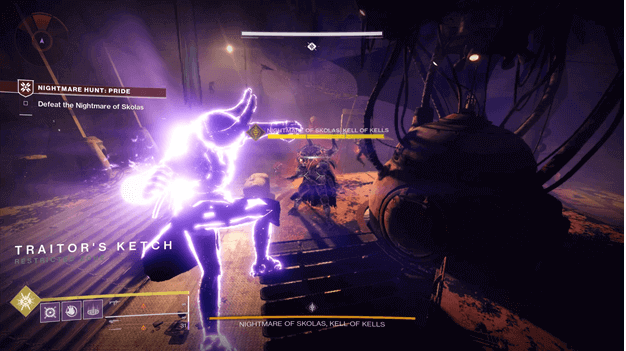 Hunt The Nightmare of Skolas

When you first enter the mission, you will find that the Hive in the area are rushing to attack the Vex, while the Fallen come at both factions from the side.

You will need to fight your way past these enemies and head towards an abandoned crashed ship and follow the waypoint that leads deeper into it.

The rest of the enemies you encounter as you head towards the end will mainly be Fallen enemies and this retains up to when you fight the boss.

Keep following the waypoint and the Nightmare of Skolas, Kell of Kells will be in the area, begin attacking it to deplete its health.

Each health bar that you take out will cause the Nightmare of Skolas to become invulnerable and you will have to kill the other enemies to deal damage to it again.

Once you completely deplete all of Nightmare of Skolas’s health, you will obtain the Essence of Pride and the mission will be complete.

After you defeat the Nightmare of Skolas, Kell of Kells, you will obtain its Essence and will be able to start the Essence of Pride quest.

This is required as one of the three Nightmare Hunts that remain for crafting a complete set of Dreambane Armor.

Additionally, completing this mission also grants XP and random gear as a reward. 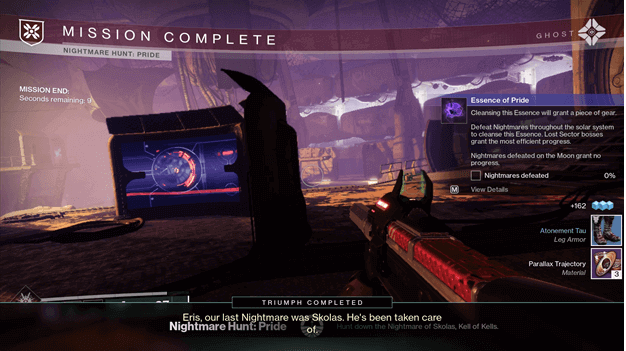 At the end of the mission, you will have successfully fought your way through multiple factions and defeated the Nightmare of Skolas.

Ghost reports to Eris Morn as it was only recently discovered who the Nightmare was as well as he explains that he has been taken care of.

The Essence of Pride is now yours and you may begin the quest to create a Dreambane Helmet.