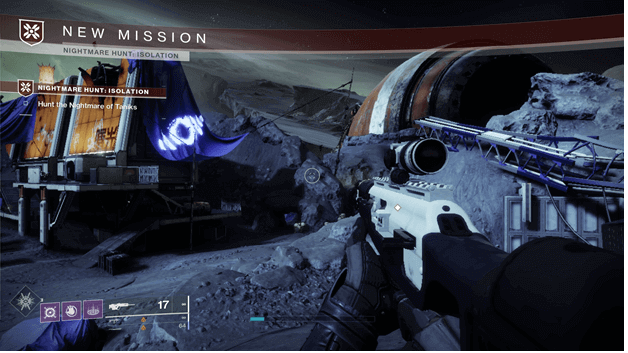 The Nightmare Hunt: Isolation mission is one of the 3 Nightmare Hunt missions that you need to complete to progress from Step 14, needed for crafting the Dreambane Armor.

In this Nightmare Hunt, you will be facing against Nightmare of Taniks, The Scarred, which will take place inside the Temple of Crota.

How to Get Nightmare Hunt: Isolation Mission?

You will see this Nightmare Hunt mission once you have reached Step 14 in the Legacy: Shadowkeep quest along with two others. 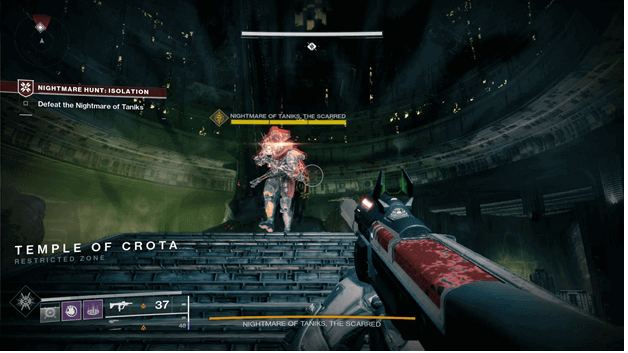 Hunt The Nightmare of Taniks

You will begin a short distance away from the Temple of Crota and will need to head over to the entrance, where you will clear a group of enemies.

After clearing the enemies, a barrier that is blocking the gate will disperse and you will be able to make your way into the temple.

Follow the waypoint and descend the temple, fighting your way past the enemies that are guarding the area, including a group of Fallen enemies.

As you close in on the waypoint, there will be a mass of red energy which manifests into Nightmare of Taniks, and after a short while, you will be able to fight it.

After reducing Nightmare of Taniks, The Scarred’s life, he will disappear and you will have to continue to follow the waypoint which will lead you to its next location.

Once you reach the next area, you will be able to continuously attack it until one of its life bars is depleted and the Nightmare of Taniks will become invulnerable.

Two Nightmare enemies (A Nightmare Dreg and Nightmare Shank) will appear and you will need to defeat them before Nightmare of Taniks will become vulnerable.

Finish off the two enemies that have spawned and continue with depleting the rest of Nightmare of Taniks’ health and the mission will end shortly after.

Defeating the Nightmare of Taniks will allow you to obtain its essence, which unlocks the Essence of Isolation Quest.

You will need to complete this quest and two other Nightmare Hunts to craft the respective armor of each of the essence quests you receive.

Upon completion, you will also be rewarded with experience and possibly random gear. 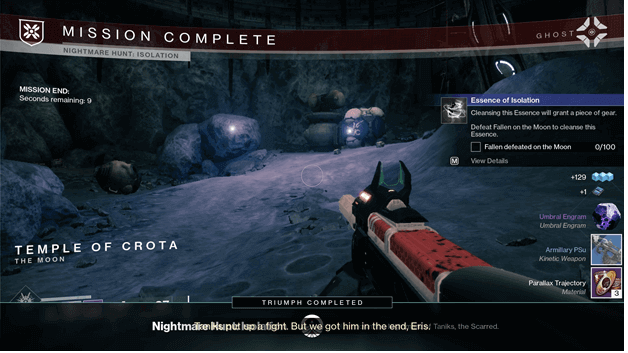 Completing this mission will bring you one step closer to completing your Dreambane set but you will need to go after the other two and complete the essence quests.

Once you have finished this mission, the Essence of Isolation quest will be your next target to continue with the Legacy: Shadowkeep mission.