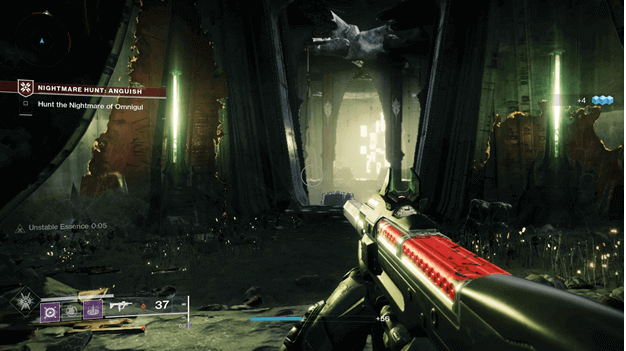 This mission is a requirement when it comes to the Legacy Shadowkeep Campaign and will be an introduction to other Nightmare Hunts.

In Nightmare Hunt: Anguish, you will hunt down the Nightmare of Omnigul, Will of Crota to craft your first piece of the Dreambane Armor.

How to Get Nightmare Hunt: Anguish Mission?

You may obtain the Nightmare Hunt: Anguish mission once you have progressed to quest step 5 of the Legacy: Shadowkeep quest.

This mission will need to be completed if you are to proceed with the quest and can be found in the Anchor of Light on the Moon.

Hunt The Nightmare of Omnigul

The quest begins with you just near the Temple of Crota where you will need to proceed with fighting past a group of enemies.

After you have defeated the group of enemies (which includes an Ogre) a barrier towards the inside of the temple will disappear, allowing you to enter.

As you proceed to the last room, there will be an altar and as soon as you approach it, The Nightmare of Omnigul, Will of Crota will spawn into the area.

Fight the enemies so that you can harm the Nightmare and continue doing so until you deplete its health completely.

Completing the Nightmare Hunt: Anguish will reward you with the Essence of Anguish which needs to be cleansed to grant you a piece of gear.

Once this mission has been completed, quest step 5 of the Legacy: Shadowkeep quest will be completed and you may proceed with the next one. 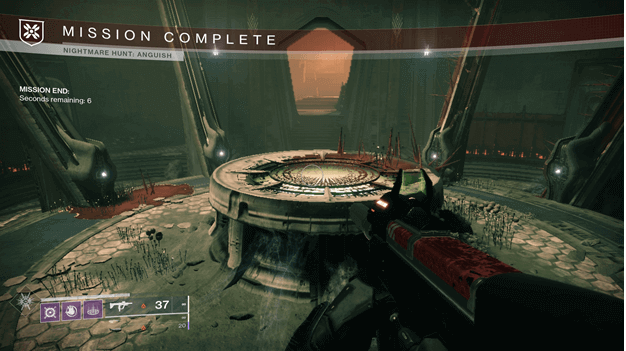 The hunt for The Nightmare of Omnigul is over, and she has been taken care of, for now but you will be seeing her soon as she will emerge later on.

It is known now that you will have to obtain more of the Essences to obtain a full set of the Dreambane Armor, which you will need to enter the Pyramid.

Eris Morn speaks with you and requests that you update her as you both will discover the secrets of the Pyramid together.