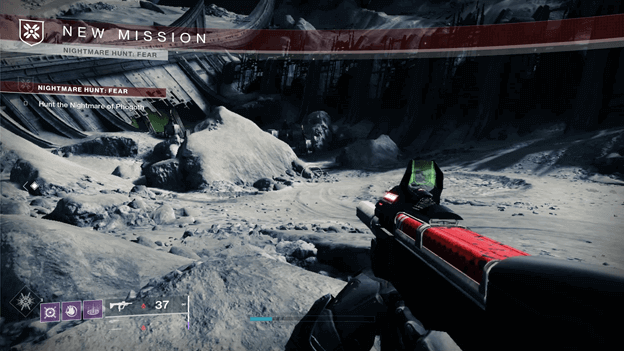 The Nightmare Hunt: Fear is usually one of the last of the 3 Nightmare Hunts that players will partake in, mainly because it is the furthest.

In this Nightmare Hunt, you will be hunting what is considered to be the strongest of the 3 hunts, pitting you against the Nightmare of Phogoth.

How to Get Nightmare Hunt: Fear Mission?

The Nightmare Hunt: Fear obtained along with the other Nightmare Hunts that you will need to complete once you reach Step 14 in the Legacy: Shadowkeep quest. 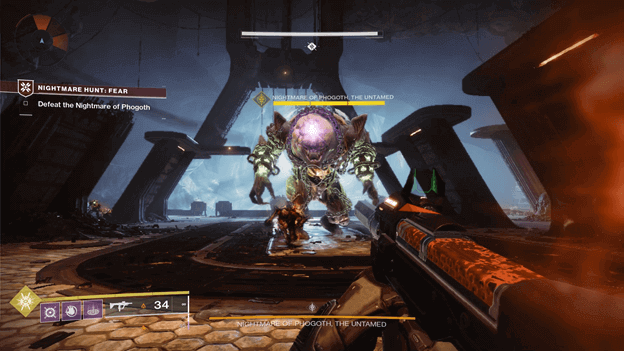 Hunt The Nightmare of Phogoth, The Untamed

You will first start in Hellmouth outside of a ruined structure which has an entrance leading you to The Gatehouse.

Make your way inside of the structure and continue along the path until you reach a circular room which you will need to fight your way through heading to the left side.

At the end of the path, there will be a path blocked by a barrier, which will disappear once you have cleared the enemies in the area.

Continue making your way and you will find yourself in a room called the Circle of Bones which will have several enemies.

Make your way towards the left by fighting past the enemies and there will be another path which you must take leading to the next area.

Follow the waypoint and you will find yourself in the boss fight area where the Nightmare of Phogoth, The Untamed will appear.

When you reduce enough health, the Nightmare of Phogoth will become invulnerable and summon enemies that you will need to defeat before dealing damage to it.

Repeat the process of attacking it and clearing out the enemies it spawns until you completely deplete its health.

The Essence of Fear quest will be obtained once you have defeated the Nightmare of Phogoth and have completed the mission.

Once you complete this mission as well as the Essence of Fear quest afterward, you will be able to obtain a piece of Dreambane armor.

Completing this mission will also grant you XP and even random gear. 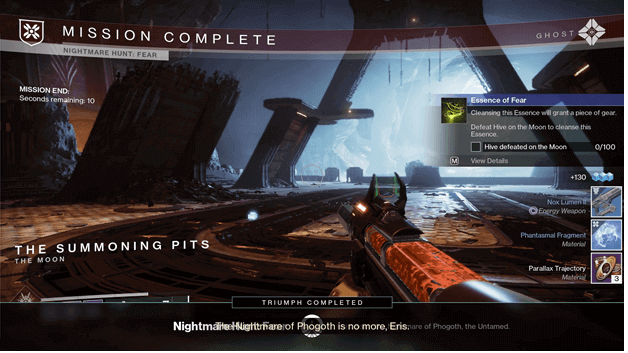 The Nightmare of Phogoth is one of the strongest enemies that the Vanguard has faced and you have achieved a great amount of success defeating it.

Now that you have defeated the Nightmare of Phogoth, you will be able to proceed with cleansing the essence that it has dropped so that you can create a piece of Dreambane armor.