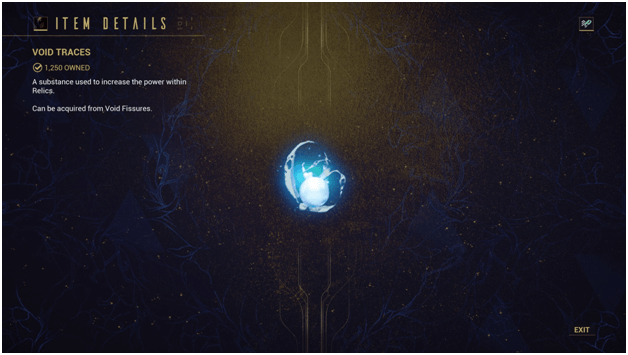 Void Traces are a resource that can be obtained by doing fissures and are used when refining relics or when crafting dragon keys.

They can be obtained while doing Void Fissures which are missions that have corrupted enemies and allow you to open Void Relics.

There are two ways to obtain Void Traces during a Void Fissure which are collecting 10 Reactant and if members of your squad decide to duplicate what was in your relic instead of keeping theirs or selecting from another person.

What Are Void Traces Used For?

Void Traces are mainly used to refine relics and which will increase the chances of the rarer prime items to be rewarded upon completing a fissure.

They may also be used to craft dragon keys which are used later on in Orokin Derelict missions as a way to open up Orokin Vaults. 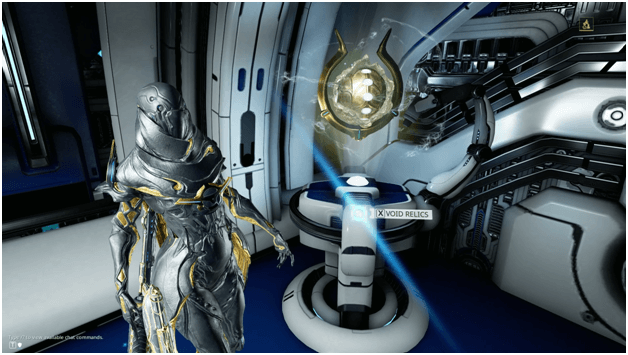 Relics may be refined in the orbiter at the Void Relics console which is located near the back and can be identified by the relic image hovering above the said console.

If you do not know how to refine relics, here are the simple steps to refine or upgrade your relics.

Begin by interacting with the Void Relics and you will be brought to a menu that displays all the relics that you have. 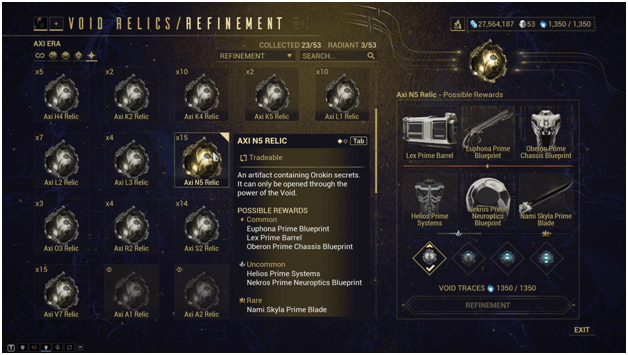 Look for the relic you would like to refine by scrolling and clicking through the different selections or searching for a specific relic in the search section.

Typing a reward in the search section will show the relics that contain the specific item and its group of rewards.

Click on the relic you would like to refine after finding it to bring it up on the right side of your screen, this will show the possible rewards and the rarity or chance to obtain them. 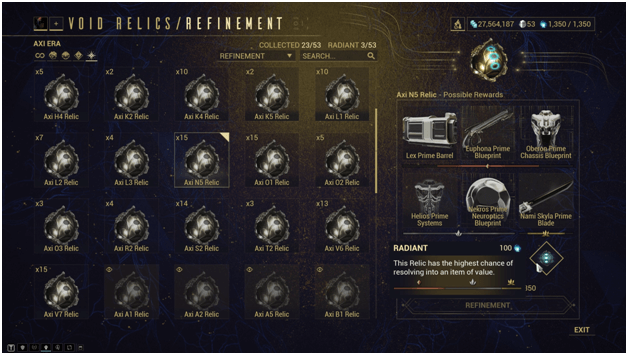 There are 4 selections under the rewards which will allow you to decide which kind of refinement you want, intact being the default and unrefined while radiant is the highest and gives a better chance for the rarer rewards.

Once you choose which refinement you want to do you will see the cost at the bottom right which will state which quality you will be refining to as well as the price in Void Traces.

After clicking on the refine button you will get one last prompt before the relic is refined, simply press yes to continue.

The amount indicated will be reduced from your current amount of void traces. 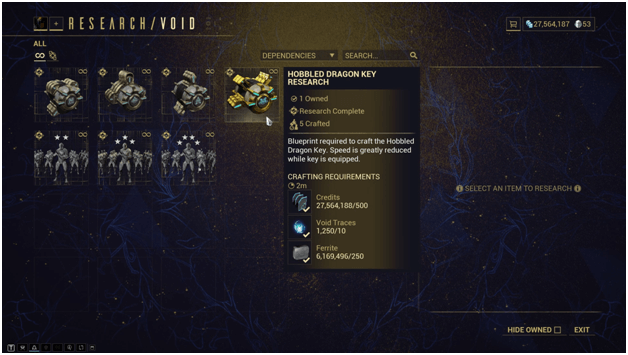 Void Traces can also be used to craft Dragon Keys which are used to open Orokin Vaults in Orokin Derelict missions.

These are mostly used for searching for corrupted mods which give multiple stats that player need for their unique builds.

To make Dragon Keys you much have the blueprints which can be acquired from the Orokin Lab in the clan dojo.

Once you have entered the Orokin Lab, head towards the back until you reach the area with consoles. 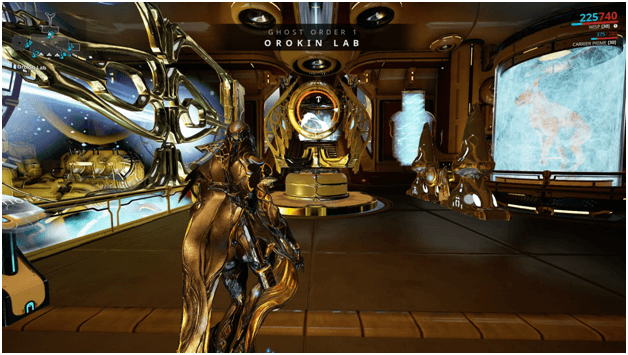 The blueprints may be purchased from the console that is labeled as Research Solar Rail.

Opening the console will bring you to a menu where you research or purchase already researched blueprints that you can use later on at your orbiter.

You may purchase the different Dragon Key blueprints for later on when you craft when preparing to go and open Orokin Vaults on Orokin Derelict missions.

After you have purchased Dragon Key blueprints, you may now craft them at your orbiter.

These all cost Ferrite as well as Void Traces, meaning before you can buy or craft Dragon Keys you must first have done fissures in order to purchase the blueprints.

How To Get Void Traces? 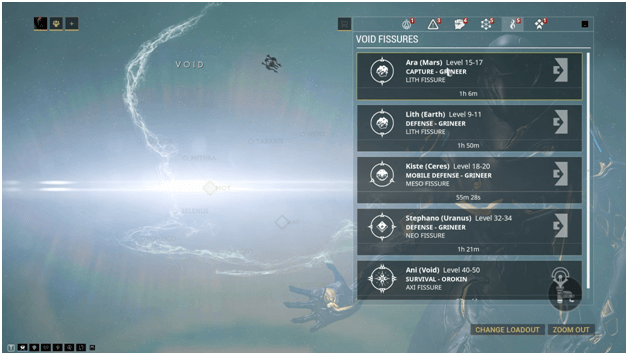 To get Void Traces you must do Void Fissures which can be selected from the Star Chart.

Like any other mission you will proceed to carry it out except there will be enemies that are corrupted and they have a chance to drop Reactant.

Enemies in the mission will appear to be regular at times then later on transform into corrupted.

Reactant is what is collected to open up the relics and upon reaching 10 reactant, you are guaranteed to open up your relic as long as you equipped one before the mission. 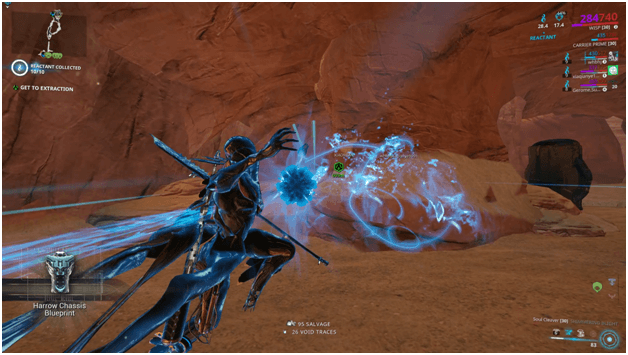 Once you collect 10 reactant, you will also acquire Void Traces once you get the sound notification that plays when your reactant is complete.

After completing the reactant, you may now head to the extraction and end the mission. 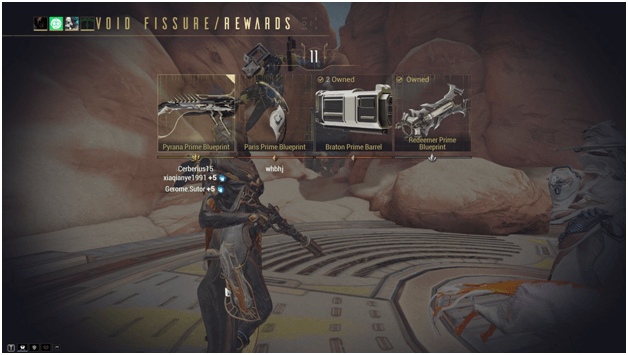 Before extracting you will be prompted to select a reward depending on what you and your team have, if anyone decided to pick the same reward as well then you will be rewarded with additional Void Traces.

The more people that select your reward at the end of a Void Fissure mission or round, the more you will get in Void Traces.

Only the person that has an item selected by other members will be given the additional Void Traces but everyone will receive an amount after reactant is successfully collected. 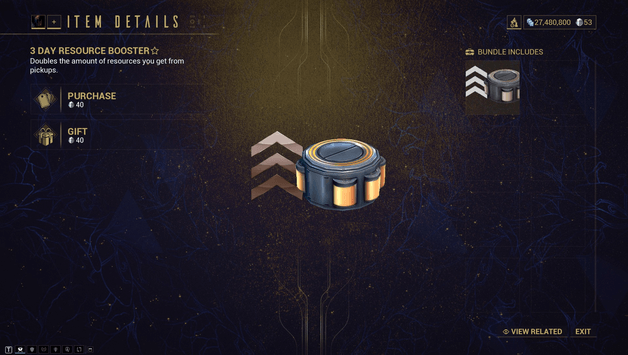 Resource booster will double resources you obtain from missions either from looting or as a reward.

Although this may not affect some resources, it has been tested and proven to affect Void Traces and will double the amount that you acquire at the end of a mission. 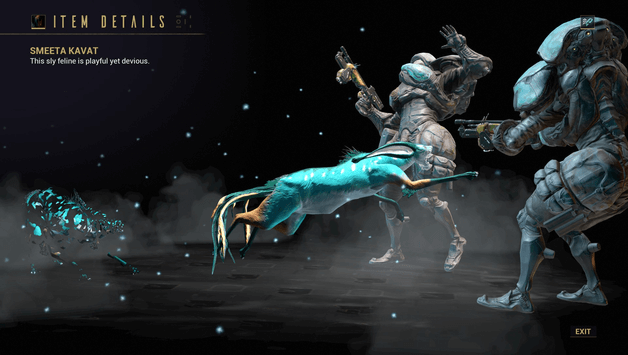 The Smeeta is a very useful companion when farming resources and when it comes to Void Traces, the Smeeta Kavat also gives you the benefit of getting more resources.

When the Smeeta Kavat Activates its 120 second buff, this will grant you a boost which doubles all of your resources.

Some people ask “Can I get void traces without a relic?” the answer to the question is yes! As long as you enter the Void Fissure mission, the moment you obtain 10 reactant will grant you an amount of void traces.

Keep in mind that if you do not have a relic equipped you will not have any rewards or be able to select to duplicate a reward from one of your squad members. 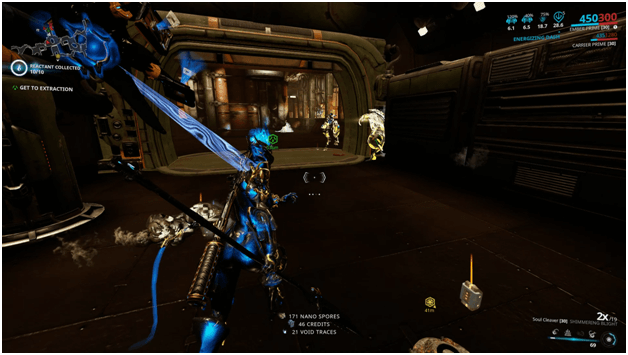 A lot of these rumors have not really been proven and it is best that you know how to farm void traces efficiently rather than relying on methods that will not only take up your time but might also be ineffective.

The best way to farm void traces would be to do an exterminate or capture fissure as these missions can be completed within 2 to 4 minutes and guarantee you void traces upon the acquisition of 10 reactant.

Bringing a Smeeta Kavat with you can double the amount of void traces you have as long as its double resource buff is active while you obtain the 10th reactant.

A Resource booster will double the amount of resources you have meaning you will get double the void traces regardless when you acquire reactant.

You may farm void traces solo if you prefer and or with a squad but aiming to complete the mission as fast as possible after void traces have been acquired is the key to farming them, repeating the mission as many times as possible while the Void Fissure is active will guarantee a lot of Void Traces within approximately 30 minutes. 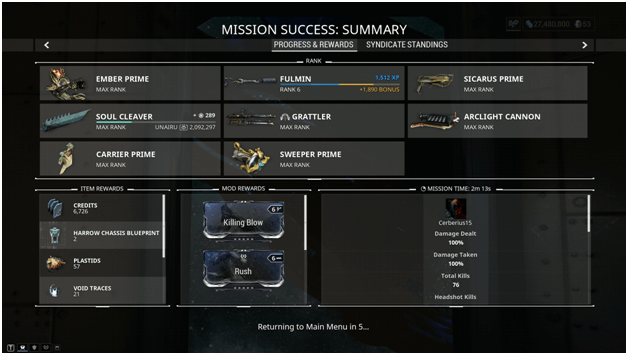 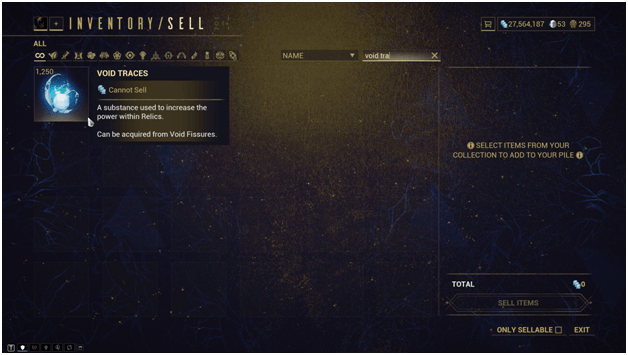 Void Traces may not appear as much to most players because you usually start out with little at the beginning and farming it seems like a task not worth it.

However, you will need to keep a decent amount most of the time since not all relics are easy to find and you will want to spend some Void Traces refining these to better increase your chances to getting rarer items.

This is especially important during a Radshare, a joint mission where you and your squad all select the same relic which has been refined in order to increase the chances to get an item.