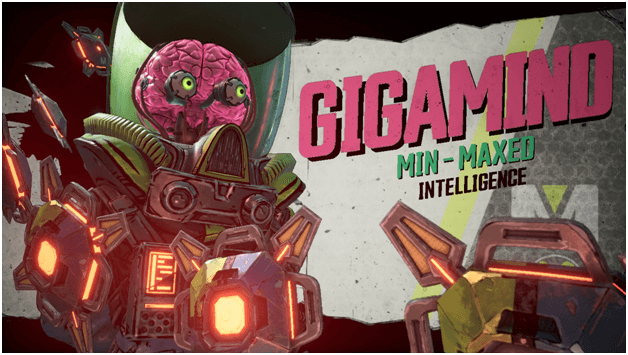 Gigamind is a boss that you encounter in the Hostile Takeover Mission which appears as a robotic enemy with only a brain as its organic part.

He has a metallic body and has smaller drones that fly around and aid him with movement as well as attacking and usually floats around on his hoverboard. 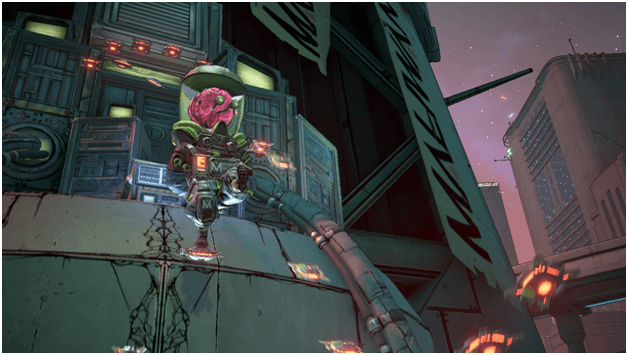 In the Hostile Takeover mission, you will fight Gigamind alone in an attempt to acquire its brain to get intelligence that Atlas needs which pits you against it as well as some Maliwan forces. 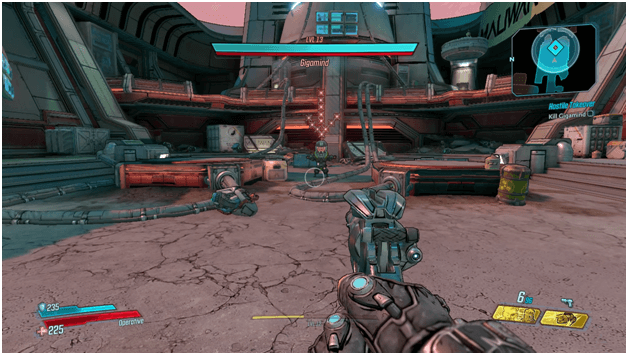 Gigamind can be a bit annoying to fight since it can create a shield that blocks all damage that is dealt to him but this can simply be overcome by moving around and shooting him in other areas as the shield only blocks the front.

There will be Maliwan forces aiding Gigamind but these should not be given much attention and rather kept aside for killing later if you get downed.

When you get close to Gigamind it will attempt to move away and you can take this as an opportunity to take some shots at it and its weak spots. 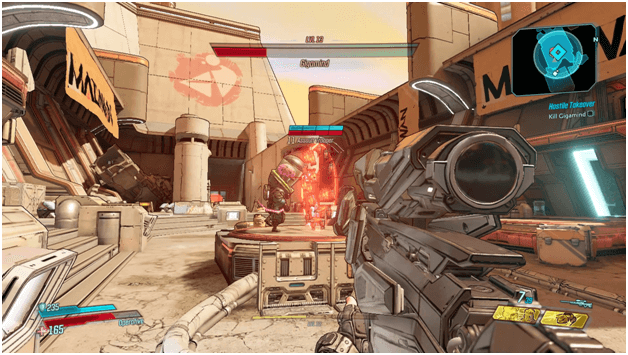 Be careful when it has its shield charged which starts from a greenish glow and later on turns yellow, orange and red where it will finally fire off projectiles.

Avoid being in front of Gigamind when it has a fully charged shield as the projectiles can do a substantial amount of damage to you.

A good technique is to move around Gigamind in a circular path to allow yourself to take some shots from his side or the weak spot on his back.

Staying in motion will also help you avoid attacks from other enemies nearby as well as any projectiles that Gigamind targets you with. 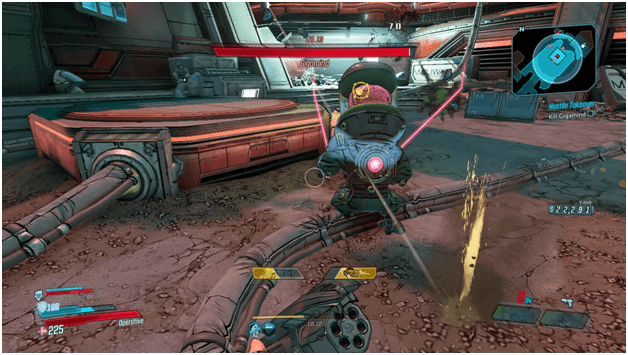 Gigamind’s weak spot is on his back which is the generator for its suit which you should be able to hit from afar or nearby depending on how you fight.

Keep moving around and try to get behind it or at its side to take a few good shots at its weak spot often to defeat it faster. 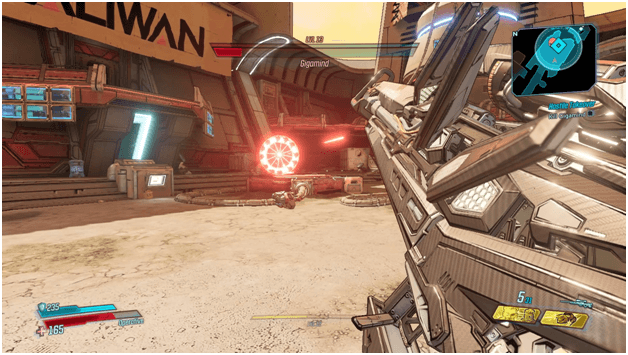 Gigaminds shield will begin to charge up which is indicated by the color which changes from green to red and will allow it to fire projectiles at you once it is read.

Stay out of the way when the shield is red or take cover when he begins firing at you to avoid taking damage. 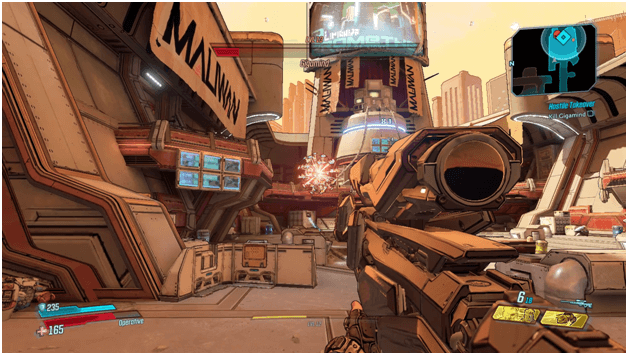 Gigamind’s drones will be able to form bombs that will be lobbed at you that deal explosive damage but this can easily be countered by shooting the bombs or taking cover. 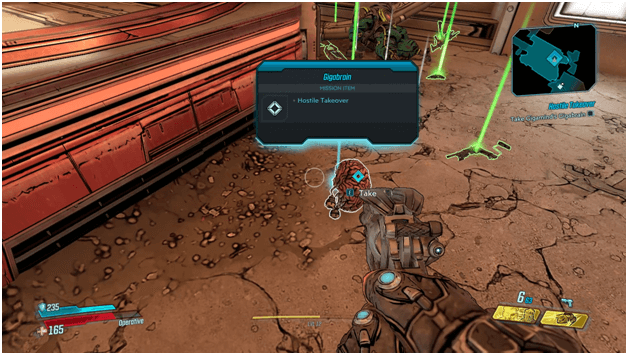 Gigamind will drop a lot of random loot which usually are uncommon but have a chance to be rarer along with the mission item called Gigabrain.

You will have to collect the Gigabrain as it is used in the Hostile Takeover mission which is in the first place the reason you are fighting Gigamind. 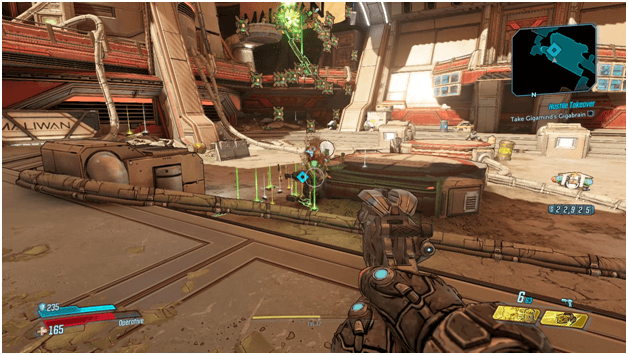