After you have recently helped Digby get better when he was stuck with the fog, he is alright but seems to be missing Delilah his favorite saxophone and needs your help to get it back.

Your goal is to find out where Delilah has ended up and you will need to bring her back to Digby so he can continue playing his melodious tunes. 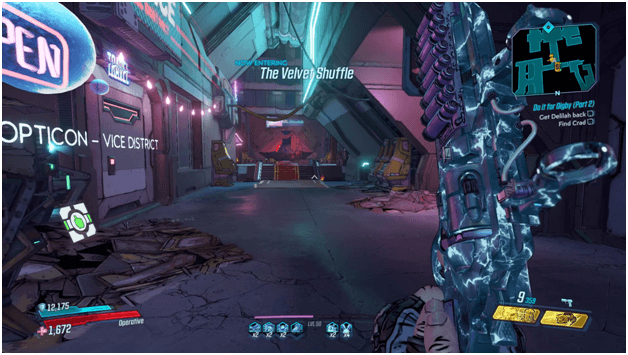 You will first need to follow the waypoint which will take you through The Velvet Shuttle where you will take a hyperway. 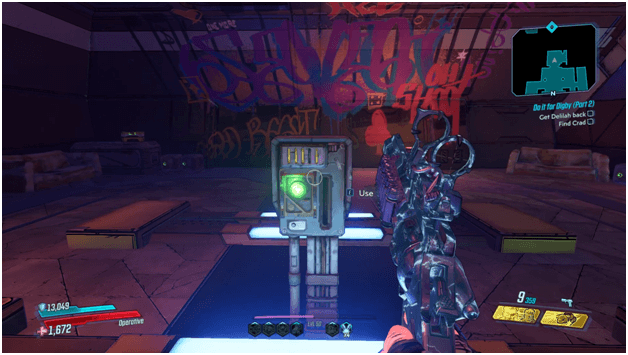 Activate the hyperway so that you can proceed to the next area where you will search for clues on the whereabouts of Delilah. 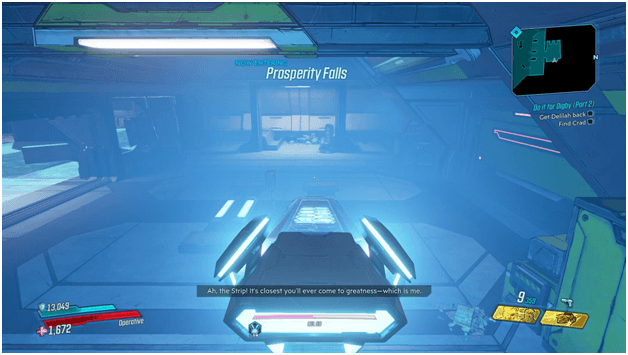 After taking the hyperway, you will find yourself in Prosperity Falls and will need to follow the waypoint to investigate the whereabouts of Delilah. Once you reach the waypoint there will be a buzzer next to a locked door which you will press so that Chad, a buddy of Digby will tell you where he last remembers where Delilah was. 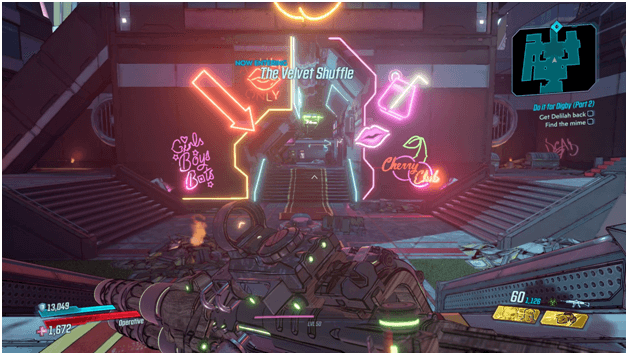 After Chad has given you directions, fast travel to the Vice District or follow the waypoint that leads you to the hyperway going there. 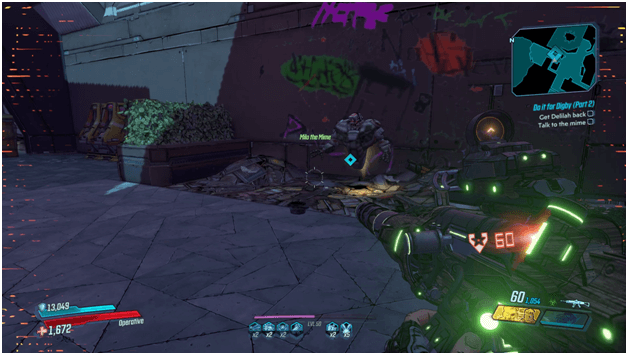 Follow the waypoint and you will end up being in front of Milo The Mime who you will then talk with to get clues. 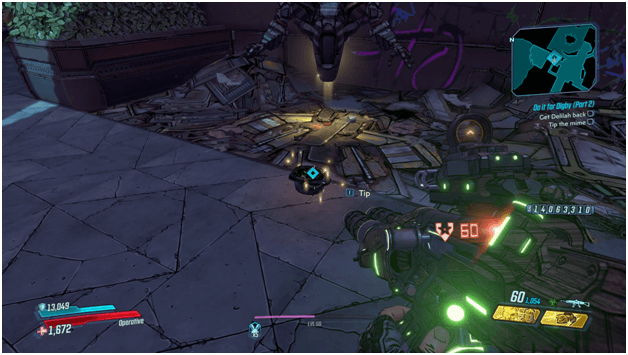 Milo The Mime will start to perform and you will need to give it a tip in order for it to continue giving silent information. 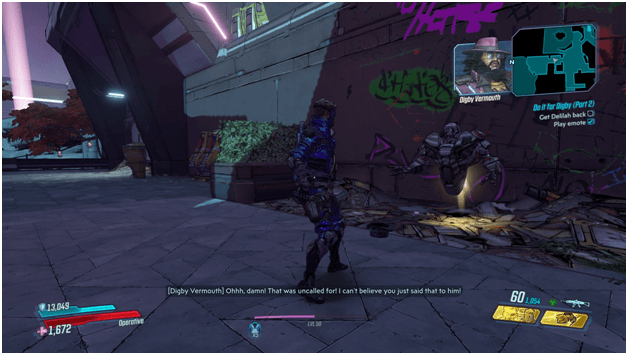 Digby will tell you that you need to communicate with it in its own language and you are going to need to play an emote. 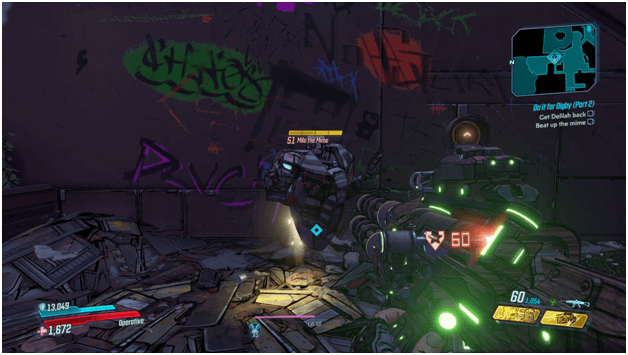 There is a high chance Milo The Mime will get upset and you will have to beat the information out of it by damaging it. 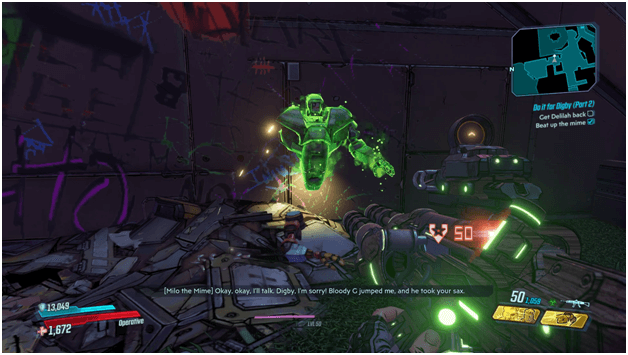 Once Milo The Mime is out of health, it will start to speak and will tell you where Delilah is located which will be marked by a waypoint. 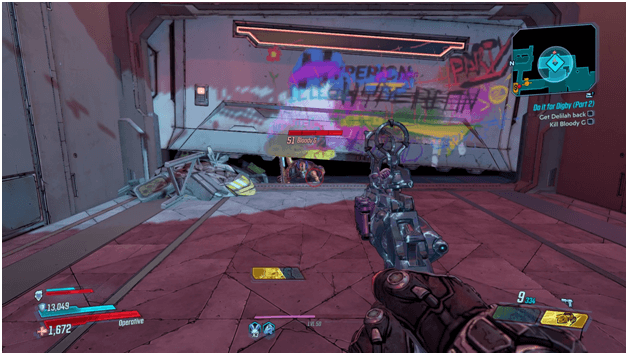 It is revealed that Delilah is in the possession of Bloody G. and as soon as you reach the waypoint, he will crawl under a gate and start attacking you. 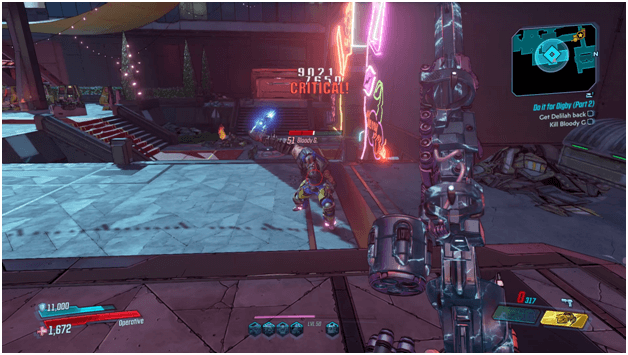 Once Bloody G. has come out from under the gate, immediately start attacking him until you kill him, causing him to drop Delilah. 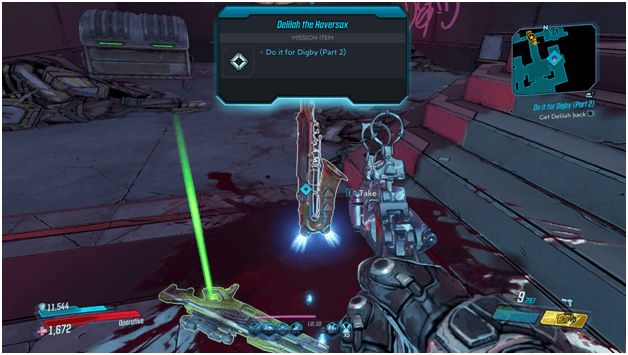 Upon his death, Bloody G. will drop Delilah The Hoversax which you will then pick up and bring back to Digby. 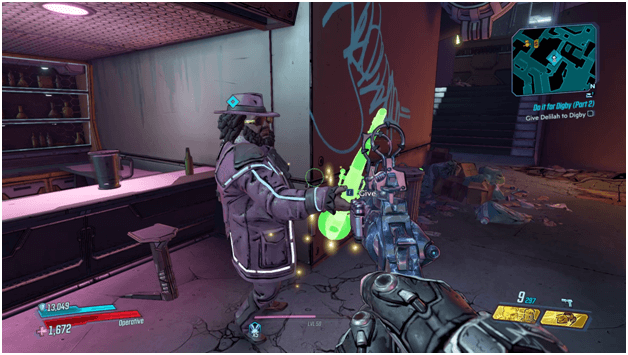 When you reach Digby, hand over Delilah The Hoversax and he will thank you for it as well as play a melodious tune for you to enjoy. 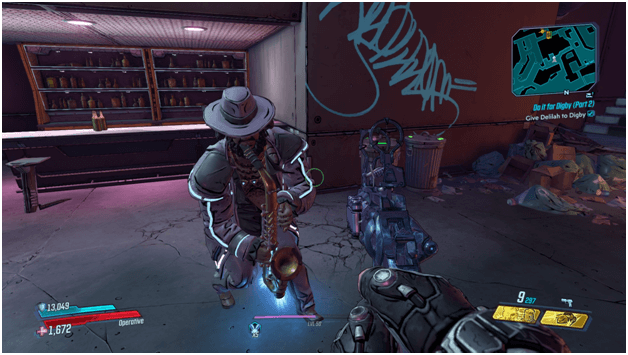 Wait for Digby to finish playing his prized saxophone and once he is finished, he will chat with you for a bit and the mission will be finished.

Do It For Digby (Part 2) Mission Rewards 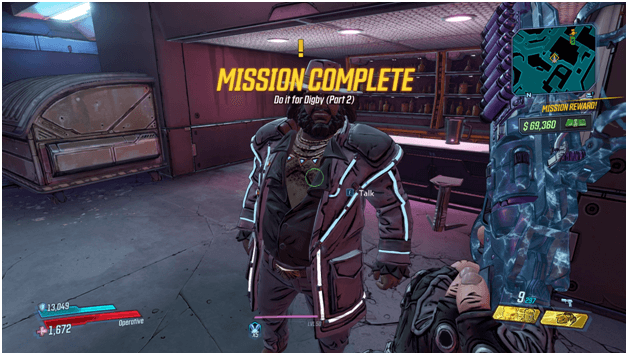 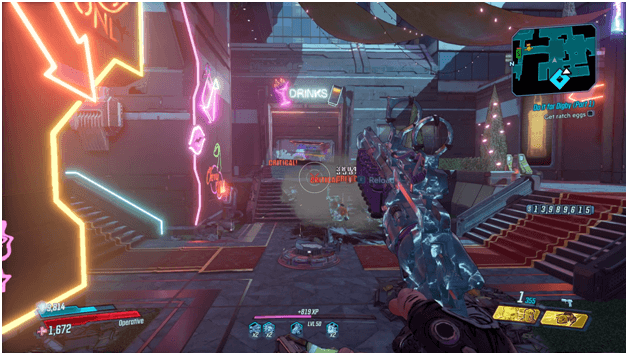