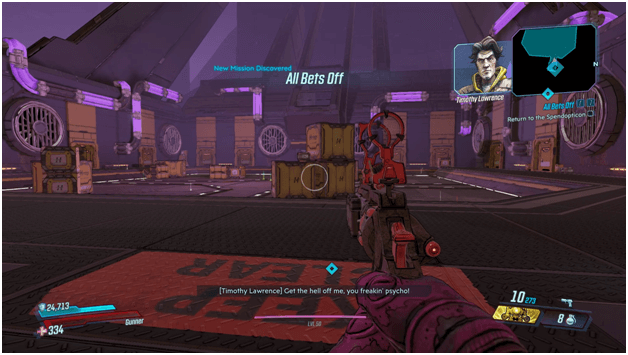 Taking off after you just destroyed the Fabricator and power cable, the time has come for you to finally take on Pretty Boy and finish the heist.

Your task will be to make your way into the final part of the heist where you will not only rescue the captured Timothy but also deal with Pretty Boy once and for all. 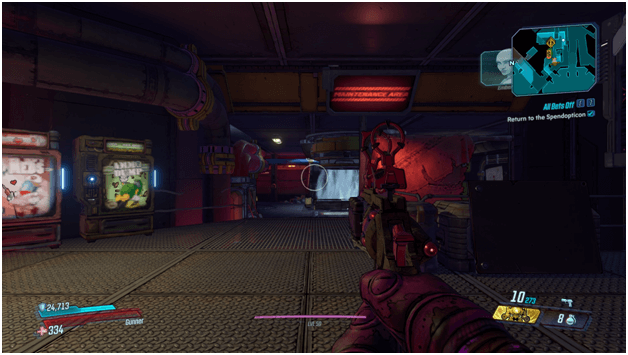 After the Jack’s Wild mission, you will need to head back to the Spendopticon where you will then meet up with Ember. 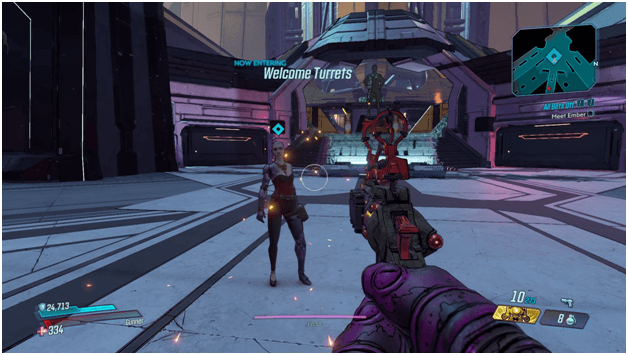 Follow the waypoint that leads to Ember who is waiting where the welcome turrets have been disabled and just like in the plan, blasts doors have and the two of you will make an opening. 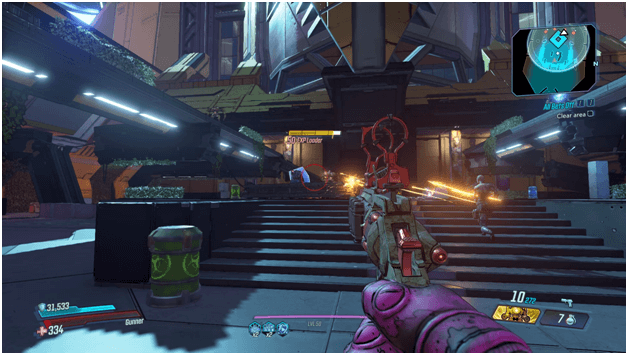 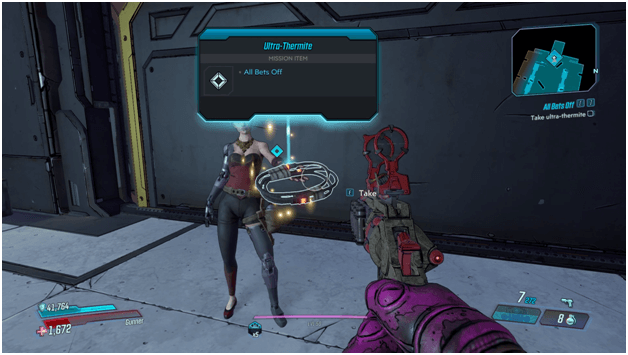 Once all the enemies are cleared out, Ember will give you the Ultra-Thermite which will be used for breaking through the blast doors. 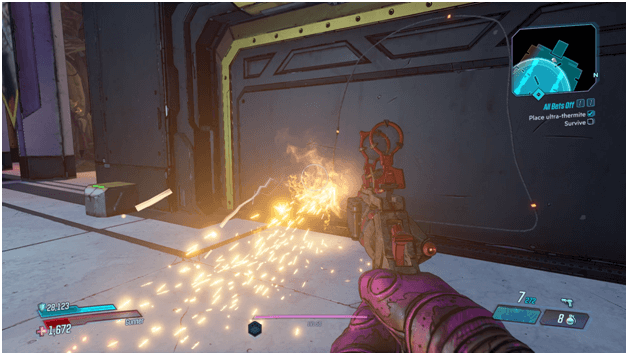 Use the Ultra-Thermite and it will start cutting through the wall on its own but soon after, more enemies will arrive and try to stop you. 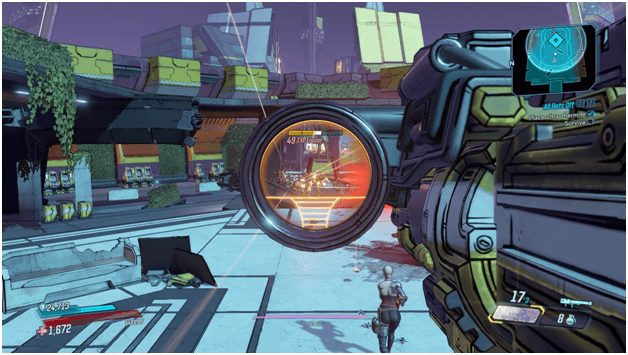 Defeat all the enemies that come while the blast doors are being cut open by the Ultra-Thermite and survive until either no more enemies arrive or until the door has been breached.

Go through the new path that the blast door had been blocking and make your way towards the elevator. 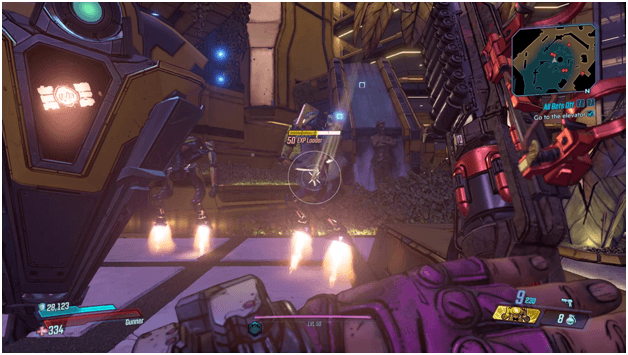 Enemies will be present and they will attempt to stop you which you must clear in order to proceed.

After clearing out the enemies in the area, Freddie The Traitor will arrive along with his special robots and a boss fight will initiate. 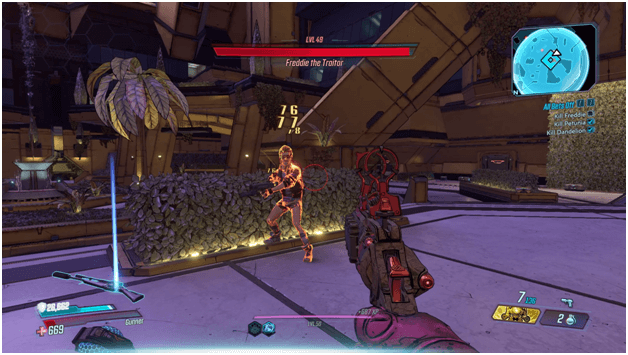 Defeat Freddie The Traitor and his bots in order to push forward with the mission and head to the waypoint. 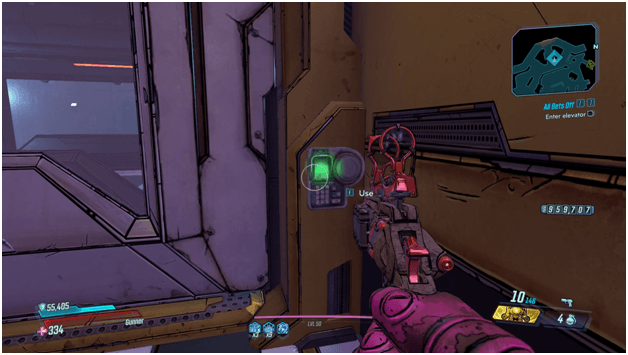 The elevator will be free to use and you will then take it heading to the upper level where the boss fight area is close by. 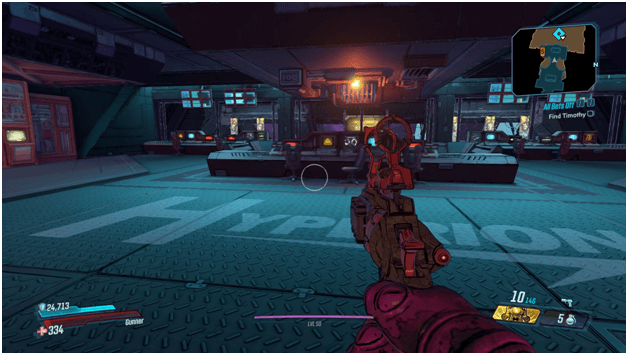 You will find yourself inside a control room that overlooks the area where Timothy is being held. 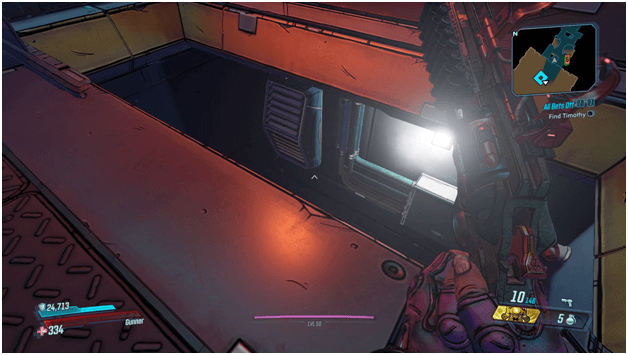 Find the gap behind the consoles and jump down to enter the boss fight area where Pretty Boy is waiting. 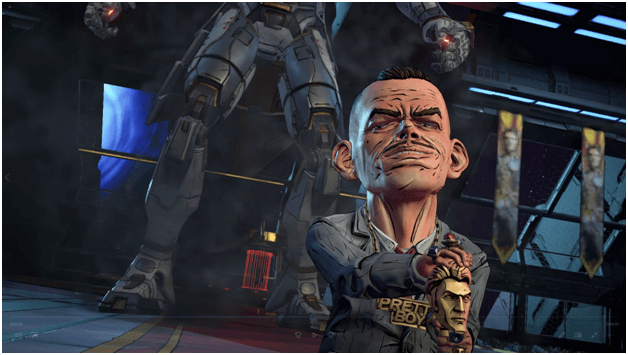 A cutscene with Pretty Boy and the Jackpot mech will occur and once this is finished, you will need to defeat them. 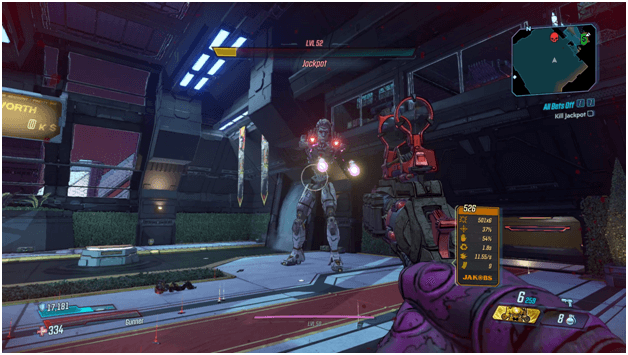 Pretty Boy will basically be inside the Jackpot mech so you will pretty much be fighting the robot until you destroy it. 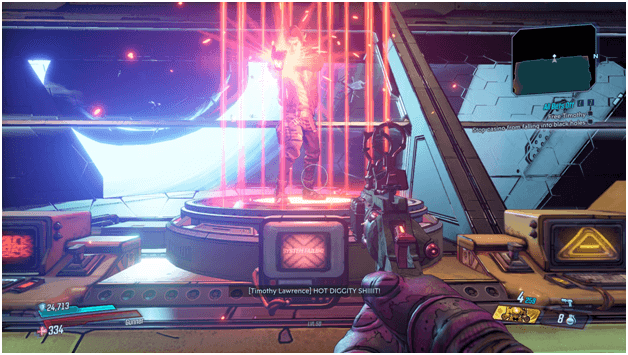 Once you have defeated Pretty Boy and the Jackpot mech, head over to Timothy who tries to tell you how to deactivate the casino from being navigated to its doom as the “Screw Everybody I’m Rich” protocol had been initiated. 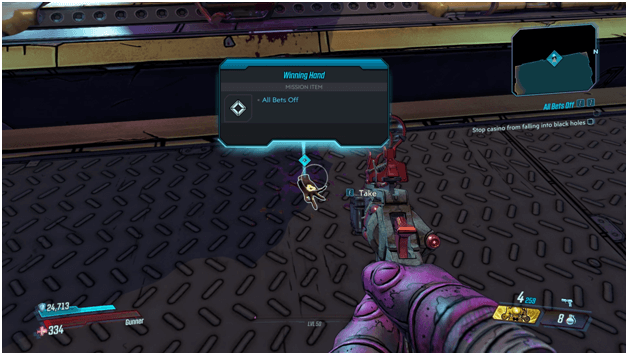 As a last resort, Timothy will sever his arm so you may use is Winning Hand to deactivate the protocol and save the casino. 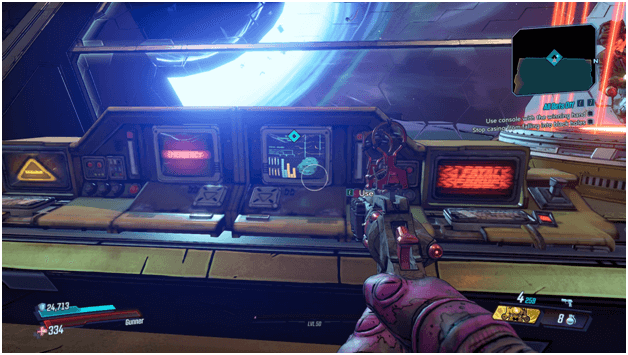 Grab the severed hand and head to the console to deactivate the protocol and the heist will be over. 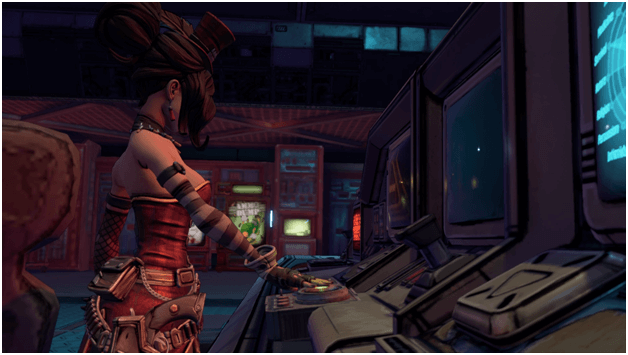 A cutscene will play where Moxxi ends the corruption in the casino and takes over as well as a few more bonus scenes and the mission will be finished. 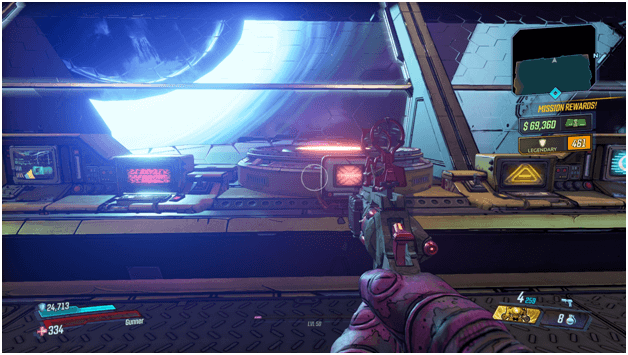 After the credits have rolled, the mission will be complete and you will receive 69,360 cash as well as the “Rico” legendary shield mod.