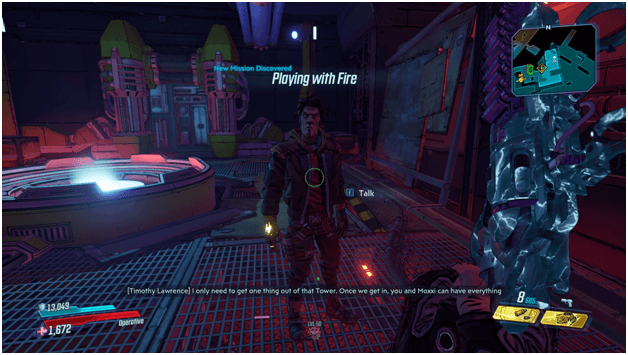 Playing With Fire is the second mission of Moxxi’s Heist which starts the official crew gathering part of the heist where you are first sent by Timothy to recruit Ember, a performer at the Vice District who will later on be the “Firepower” of the crew.

Your mission will be to find Ember so that you can recruit her to join the crew that you and Moxxi are putting together. 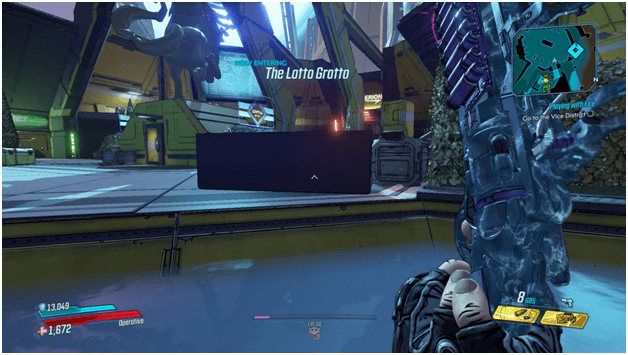 Make your way towards the waypoint where you will need to take the hyperway to get to the Vice District. 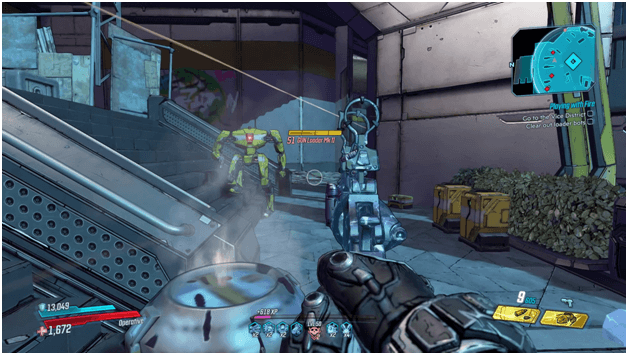 Timothy will unlock the hyperway for you but you will first need to clear out the loader robots in the area. 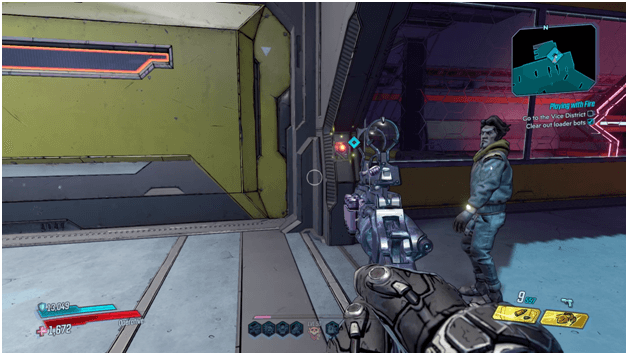 Once all the loader robots are cleared out, wait for Timothy to appear and unlock the hyperway which will result in the person in charge who is called Pretty Boy to contact you. 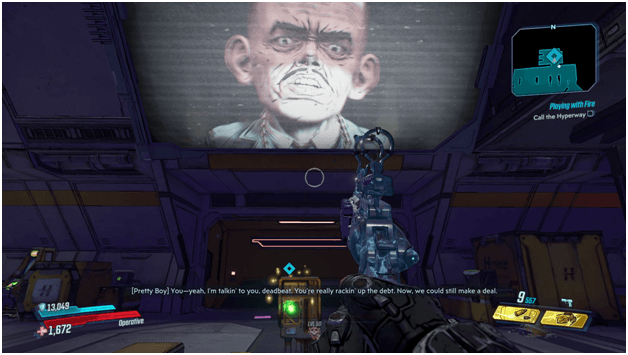 Proceed and activate the hyperway, so that you will be taken to Vice District which is a different location in the casino. 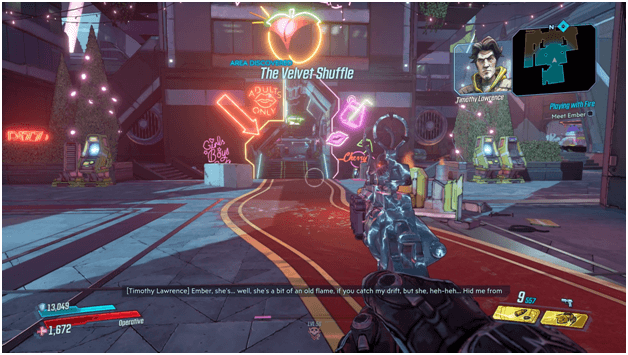 After using the hyperway, you will find yourself in The Velvet Shuffle where you are to follow the waypoint to meet with Ember. 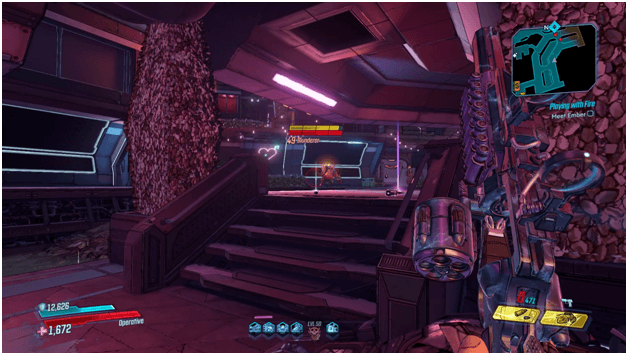 Fight your way through the district until you come across the are where the performers are in able to find Ember’s whereabouts. 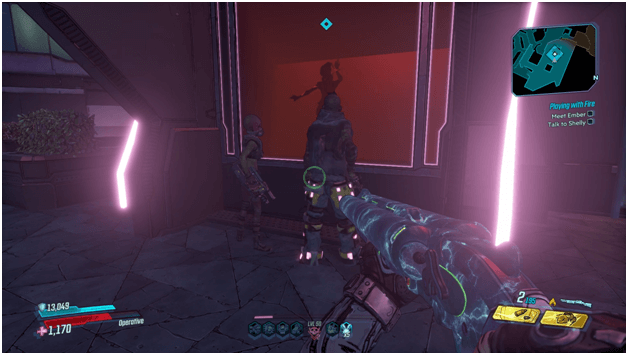 The first performer Shelly will be currently performing for some bandits which you will soon kill in order to have a word with her. 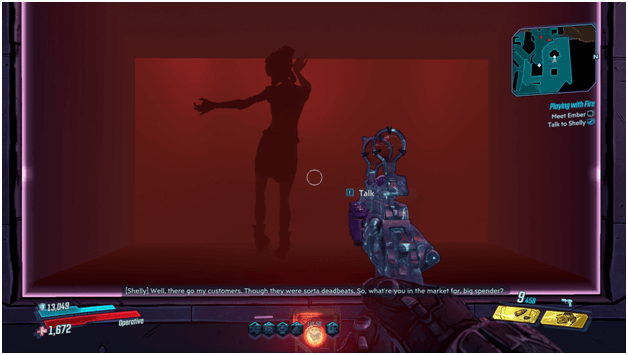 Shelly will point you to Trent who will then tell you to speak to Shiny Hunk who will relay a message from Ember to you. 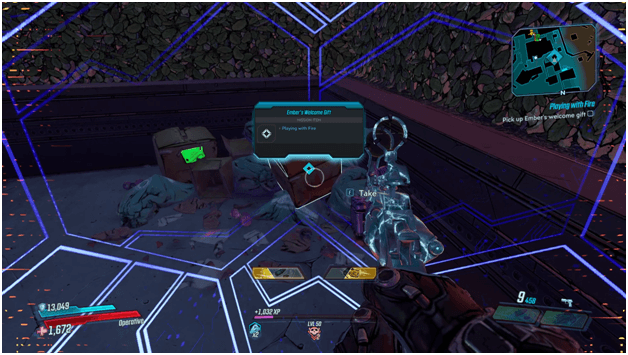 Ember will ask you to carry out a task for her which is to get her welcome gift and deliver it at a specific location. 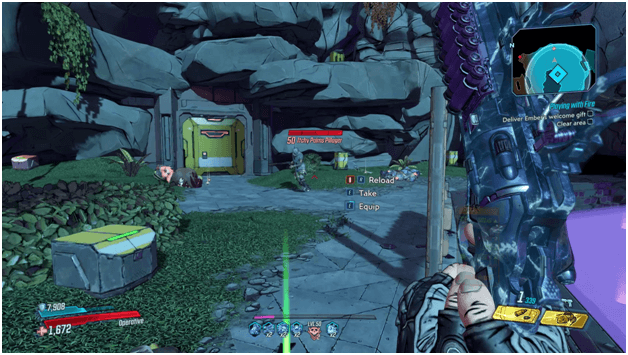 After you pick up Ember’s welcome gift, head to the waypoint which will take you to an area where a statue of Pretty Boy has been put up. 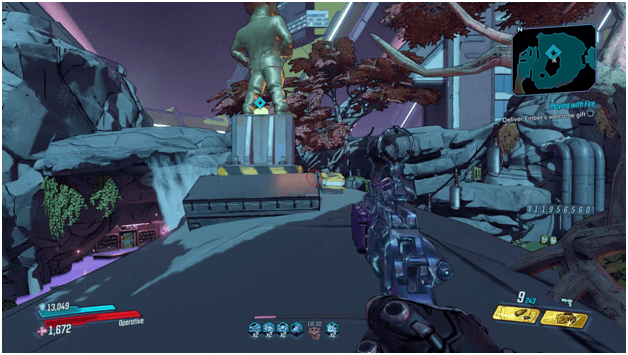 Clear up the enemies in the area and head over to the statue of Pretty Boy so you can place the welcome gift. 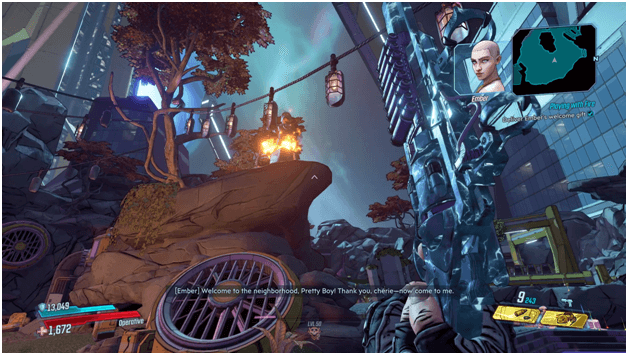 After a while there will be a small explosion and the statue will be set on fire and Ember will thank you and tell you to meet up with her. 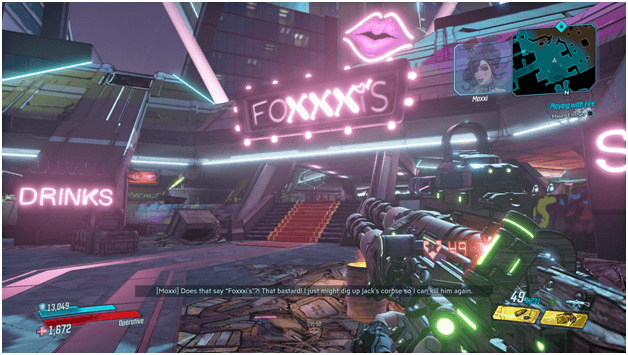 Follow the waypoint which will bring you to Foxxxi’s which appears to be a bar and angers Moxxi for obviously copying her. 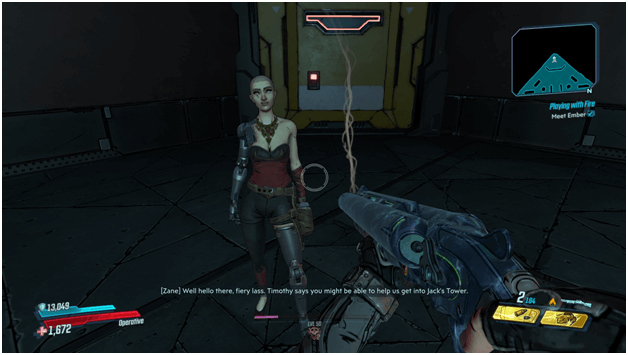 Clear all the enemies in the bar and afterwards, Ember will appear so that you can recruit her to join your crew.

After killing the last enemy, a cutscene will play introducing Ember. 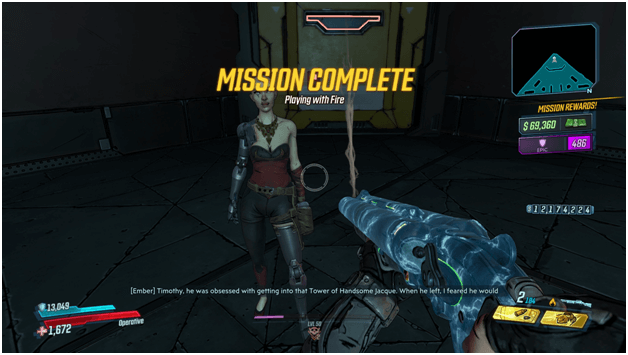 Completing the Playing With Fire mission will reward you with around 69,360 cash and an epic shield mod. 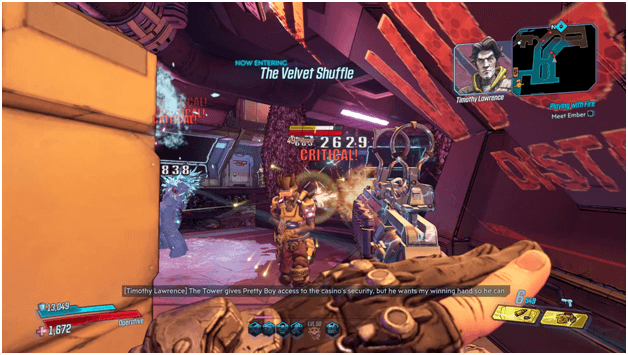