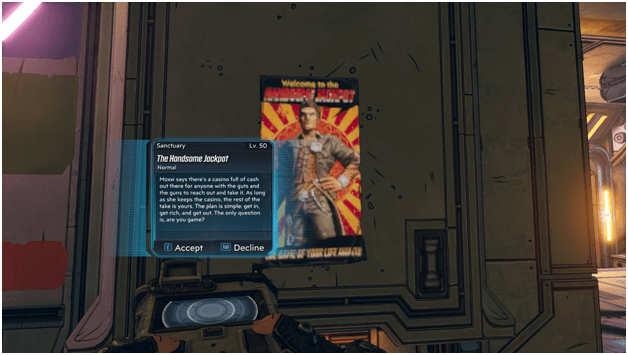 The Handsome Jackpot is the first mission among the Moxxi’s Heist missions added with the new DLC and initially brings you to the casino where you meet one of the key players in the heist.

Your task will be to head to the casino and find a way to get in as Moxxi will attempt to take over it as a final act of revenge to Handsome Jack as it turns out the casino was her plan all along and he stole her design. 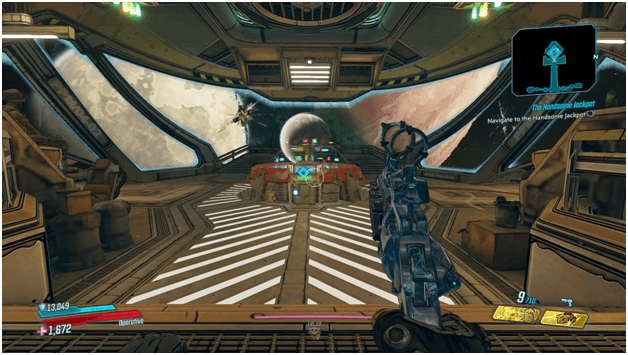 Once the mission has started, a new location will be added to the navigation which you may now move Sanctuary to. 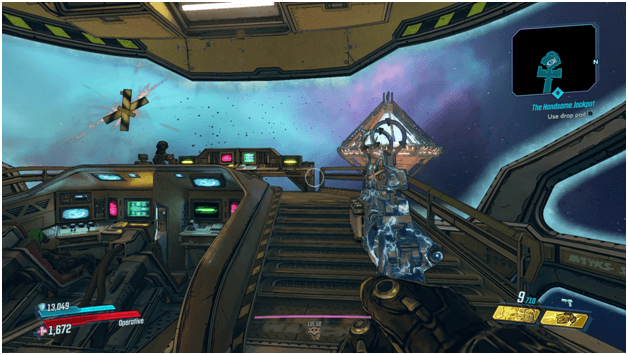 Set a course and head to The Handsome Jackpot which will be visible as a giant floating casino in space. 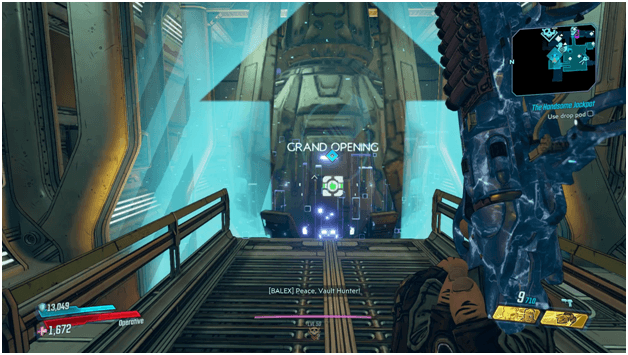 Use the drop pod to go to the Grand Opening which will be your point of entry as you make your way into the casino. 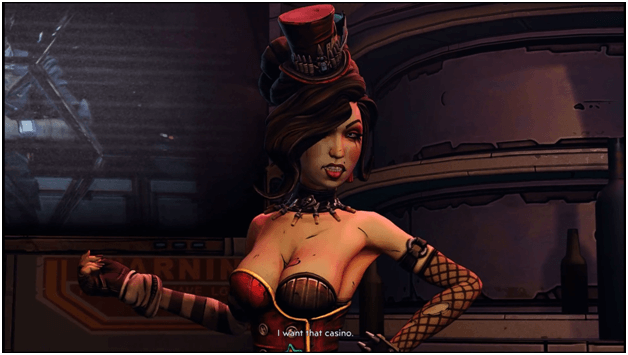 A brief cutscene will show and Moxxi will explain more on the situation and tell you that she wants to take full control of the casino. 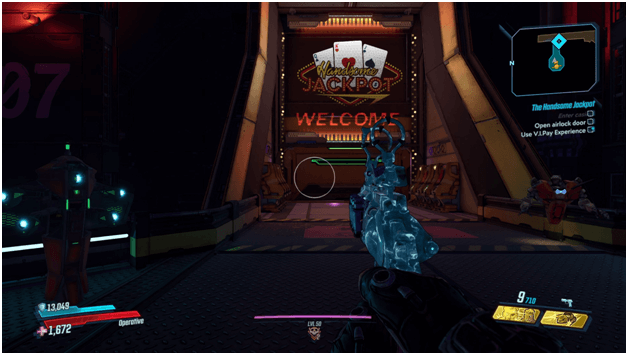 You will be starting outside an airlock door which you will need to open before entering the casino. 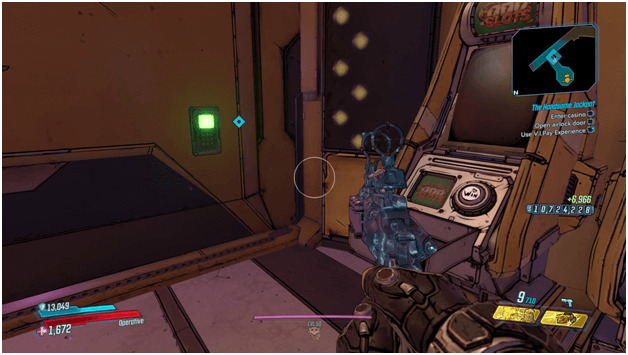 Head over to the right side and you will find a keypad which you can activate to open the airlock door. 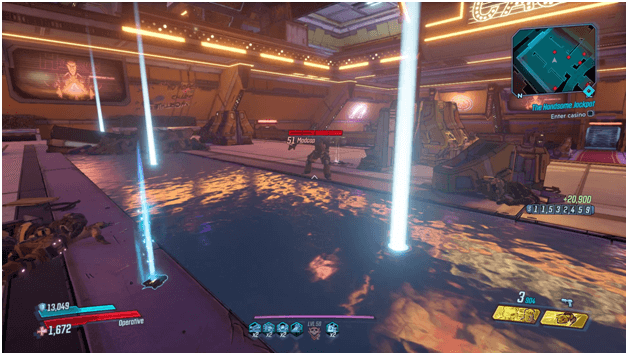 Proceed further into the casino and beware of the bandits and robots that you may encounter along the way. 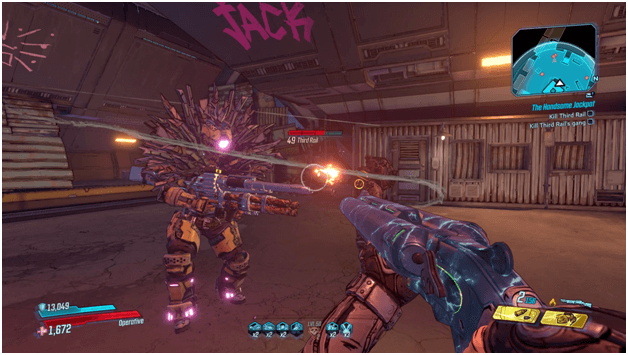 As you go deeper into the casino you will come across a bandit named Third Rail who you will eventually need to kill in order to progress. 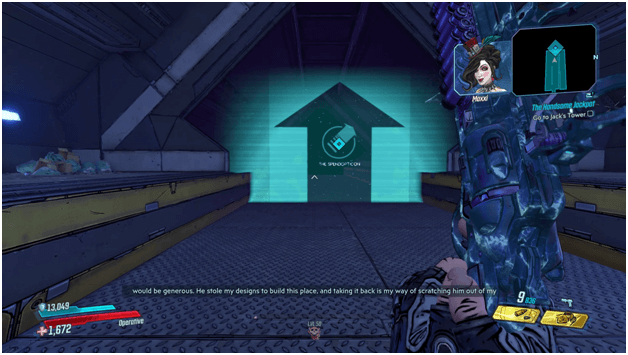 After killing Third Rail and his gang head over to the waypoint which will bring you to the next area where you mission continues. 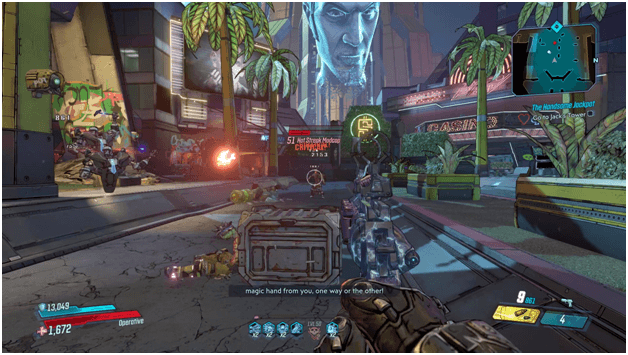 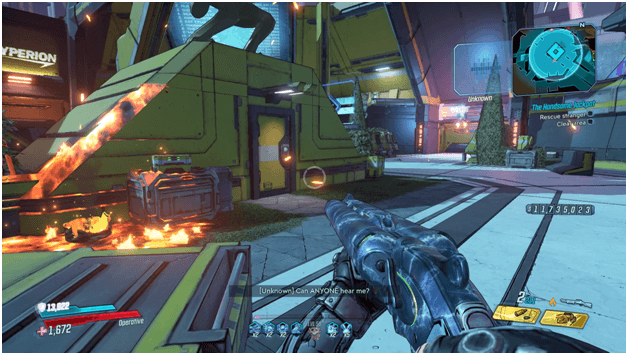 As you proceed further, you will notice someone calling for help who is trapped by robots and Moxxi will then tell you to save him. 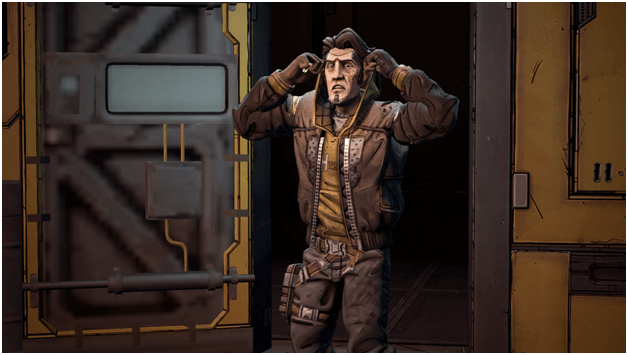 The person you save apparently is a double of Handsome Jack named Timothy Lawrence and has a history with Moxxi, later on making him a valuable addition to you soon to be crew. 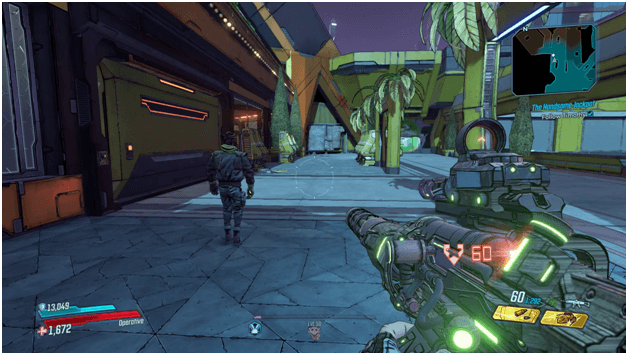 After rescuing Timothy, follow him where he will attempt to use his teleporter to get back to his hideout. 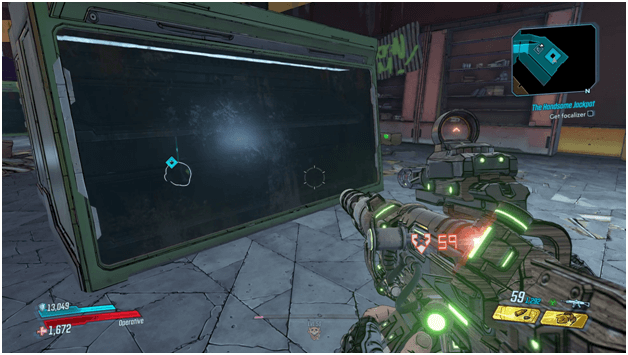 You will be tasked to get a new focalizer as his teleporter has been broken and he can’t make it back without it. 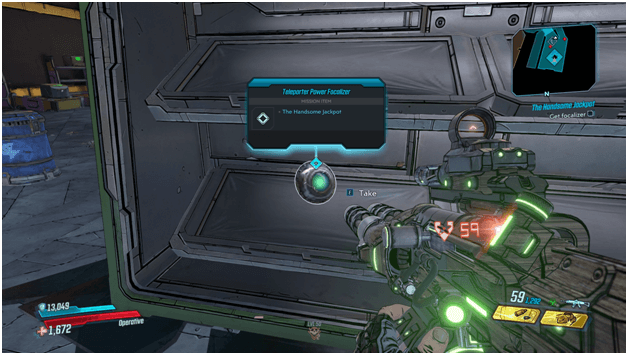 The focalizer won’t be far but simply inside one of the nearby shops and you need to smash the glass in order to pick it up. 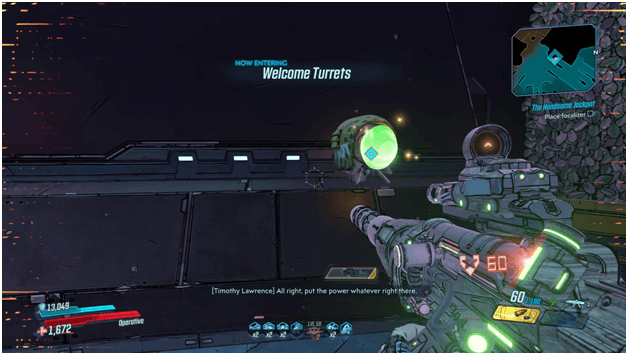 Head back to where Timothy is and install the new focalizer which will shortly after require you to hit it with you melee attack to put it in place. 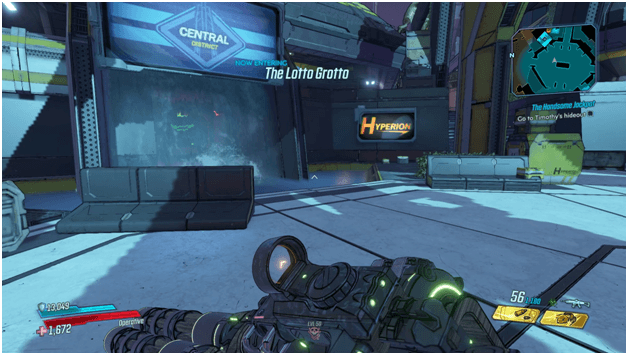 Timothy will teleport back and instruct you to meet him at his hideout which is marked by a waypoint. 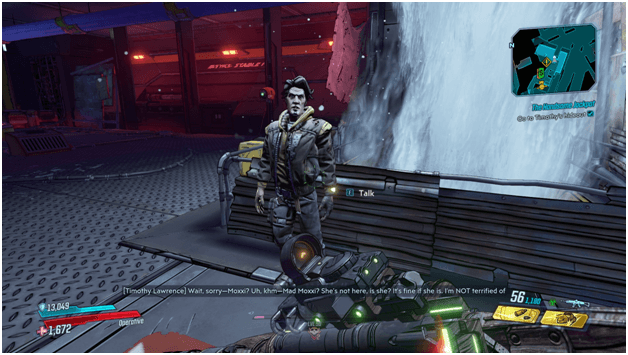 Head over to the waypoint and speak with Timothy who will then tell you that Moxxi should be contacted. 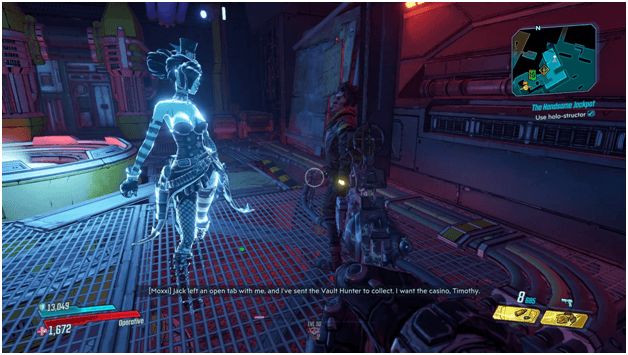 Activate the nearby holo-structor to contact Moxxi who will then have a talk with Timothy, adding him to the crew and gaining his help for Moxxi’s Heist. 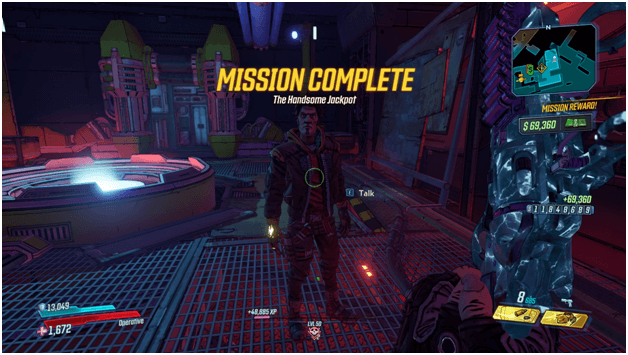 Completing The Handsome Jackpot will reward you with around 69,360 cash and will allow you to proceed with the other Moxxi’s Heist missions. 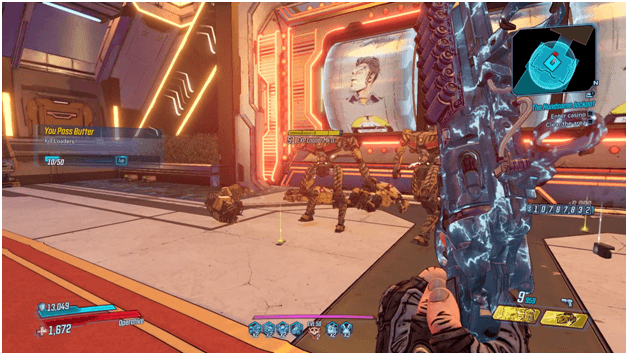