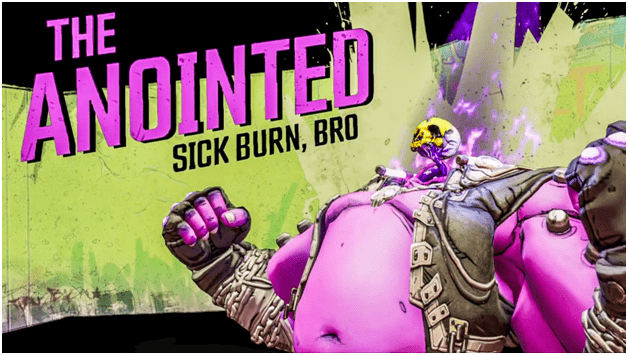 Bill, The Anointed who is also just known as The Anointed is a boss that you encounter in the Jacobs Estate inside the manor theater when first doing the Lair Of The Harpy Mission.

He is very similar to the goliaths in the game but is an anointed and much stronger version, having more health, dealing more damage and having additional abilities. 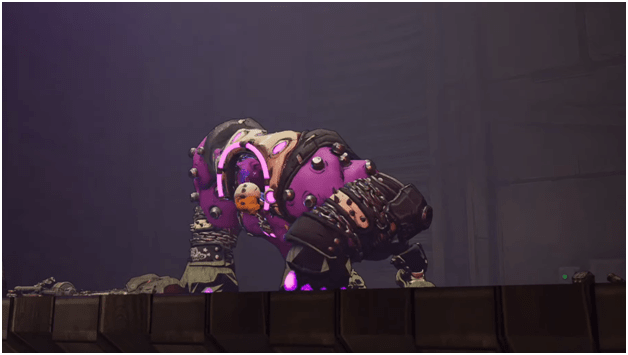 During the Lair Of The Harpy mission, you will encounter The Anointed in a theater where you are supposed to open up a trapdoor heading to a secret area as you search for a clue regarding the vault key fragment that is on Eden-6 and will have to defeat this boss before you can proceed. 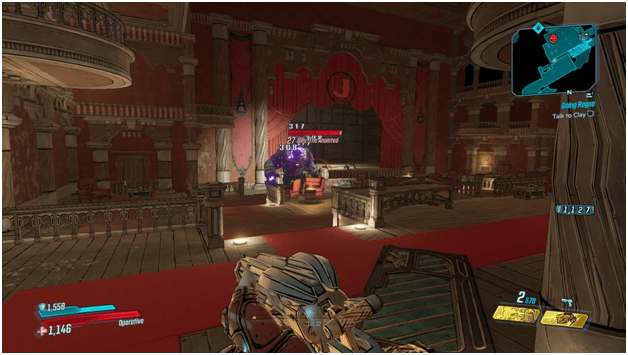 The Anointed can become very dangerous at close range so its best to keep moving and keep your distance from it.

It has the ability to teleport and will attempt to teleport to your location, sometimes even ending up behind you and surprising you with its melee attacks or other notable attacks.

It is very tanky and can resist a lot of damage so be sure to have strong weapons and better yet, elemental based weapons. 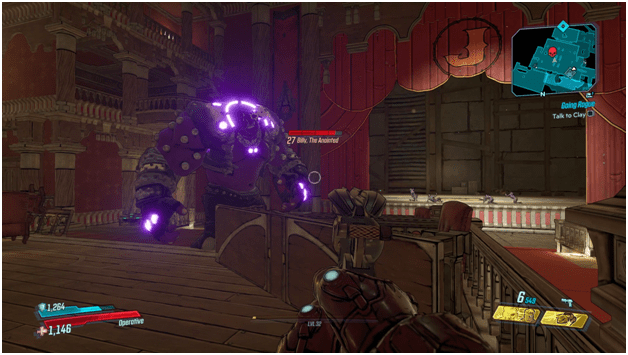 Billy will attempt to attack you at close range by teleporting near you but if you are far, he still has attacks so be sure to take cover.

Staying on the stage can give you a good advantage as you won’t have anything blocking you while you move around. 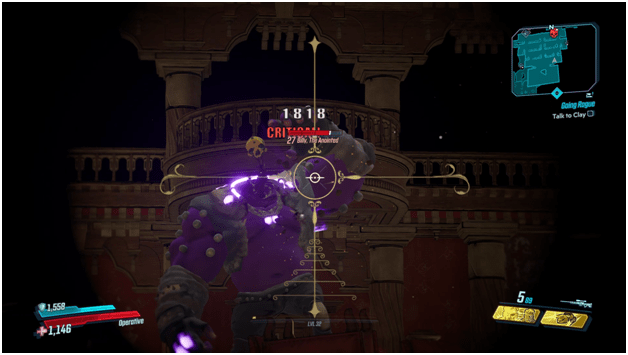 Just like other goliaths, The Anointed take extra damage when you deal a headshot to him but this can be quite hard if you can’t get a good shot at him due to the size of his head.

Aim for the head whenever you can to deal more damage to him and to sometimes disrupt his attacks. 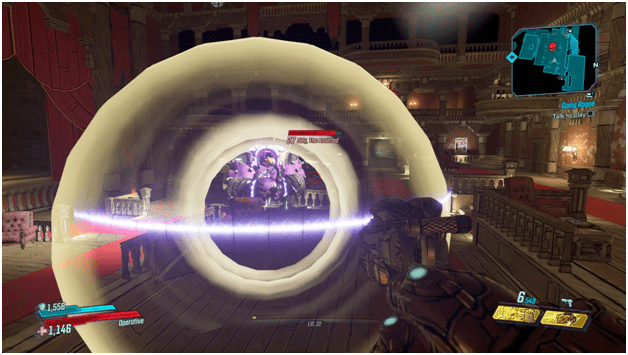 At close to medium range, The Anointed will clap his hands which releases a shockwave forward that can deal a large amount of damage.

This can be avoided by moving towards the side or moving away from The Anointed while he is about to do the attack.

The attack will also create a ring that expands outwards that can be avoided by jumping or moving up or down to a different height. 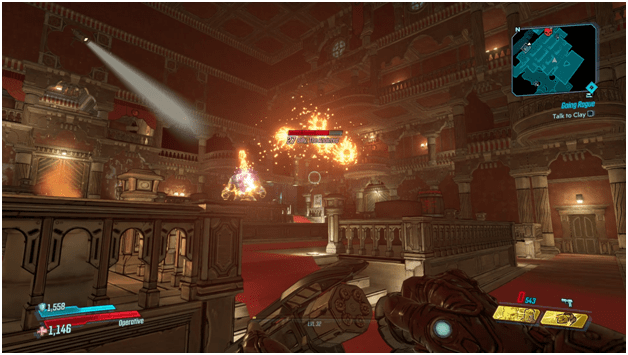 The Anointed will release flaming skulls from his head which you can anticipate as he does the animation where he removes his head or mask.

To avoid getting damage, hide behind cover or shoot the flaming skulls to destroy them before they get to you. 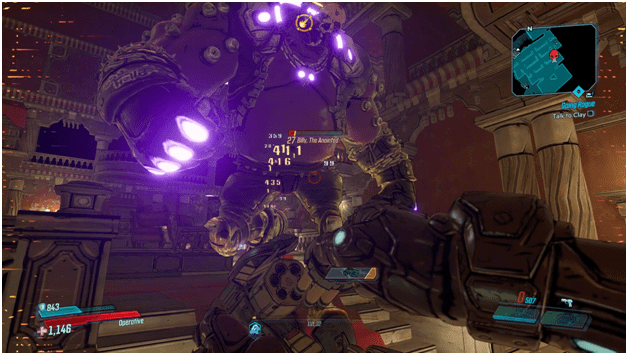 He will attempt to run towards you and hit you with a strong melee attack that can knock you back and take out a lot from either your shields or health.

Once he starts running, its best to make a run for it or go to an area he can’t get through such as running through chairs or going up or down the stage. 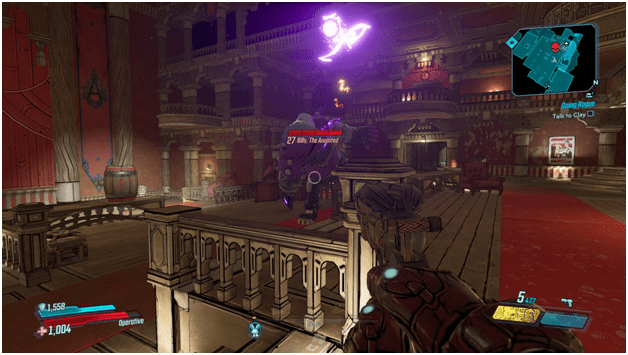 If you are far from The Anointed, he will throw a purple projectile which will explode upon impact in an area.

You can avoid this by running the opposite direction or out of the area where its trajectory is set out. 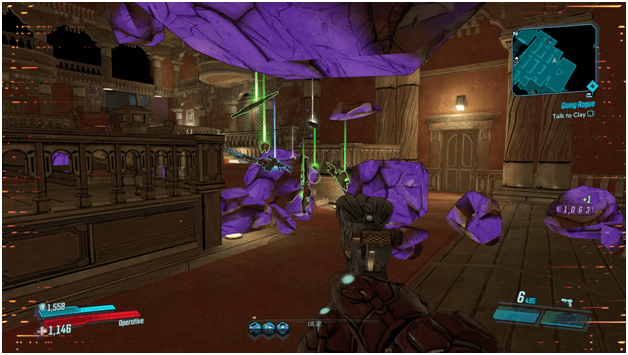 Aside from dropping uncommon to rare items, The Anointed has a higher chance to drop the “Lead Sprinkler” legendary assault rifle more than other legendary items. 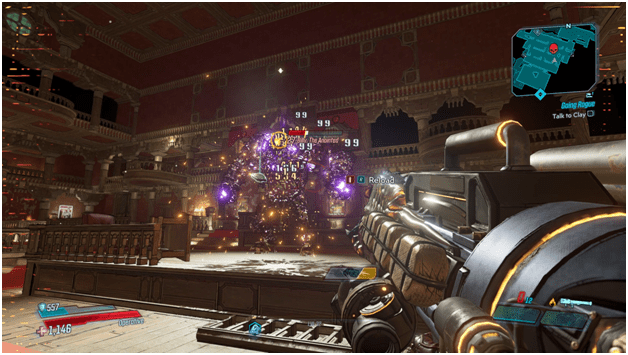