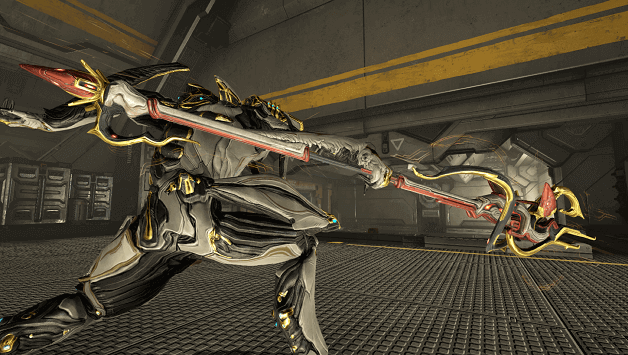 “Archon Boreal’s signature trident. Thrust Korumm into the ground with a Tactical Combo and then rip it out in a shower of electricity.”

The Korumm is Archon Boreal’s signature weapon, a powerful polearm that has the ability to manifest electricity when thrust into the ground.

Doing a block combo will cause your Warframe to jump and thrust the Korumm downward, pulling it afterward to unleash a blast of electricity around it.

The initial slam will proc an Impact Status Effect while pulling it out and unleashing a blast that will inflict a Slash Status Effect. 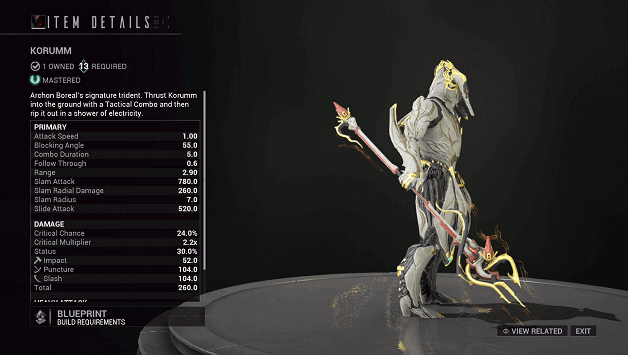 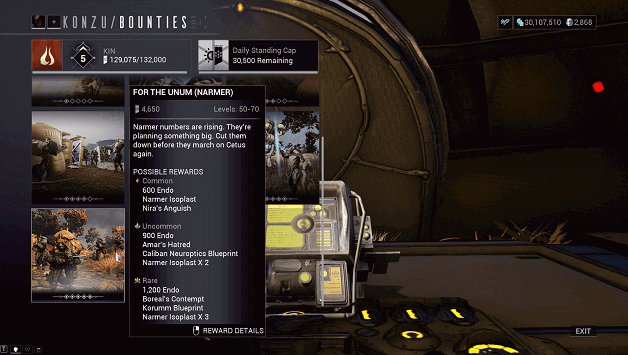 How To Get Korumm Blueprint?

The Korumm only needs its main blueprint to be crafted and this may be obtained by completing Narmer Bounties on the Plains of Eidolon or Orb Vallis.

You will need to have completed The New War quest before the Narmer Bounties become available on either of the locations.

You may also purchase the Korumm from the market for 180 Platinum.

The following resources are required to craft the Korumm:

After getting Korumm, you may be wondering about it’s builds. In this Korumm build guide, we’ve covered some of the high damage builds. Do read our guide.

As an Archon’s Signature Weapon, the Korumm does meet its expectations and with the many builds available, there is potential with its electricity attack.

While it may be hard at first to obtain the Korumm, it makes up for it with its high Critical Chance and Status Chance as well as its electricity attack.

While the electricity attack may seem to be slow at certain times, some mods can change this and most of the time your timing will be important.