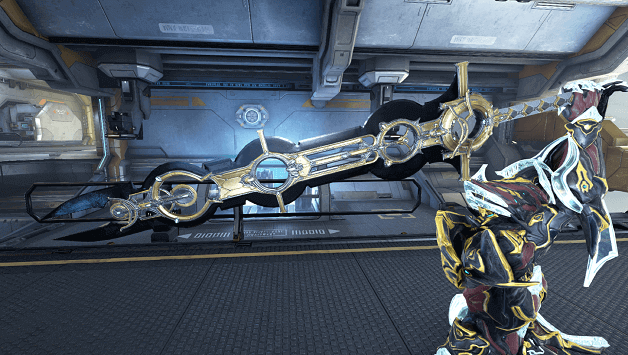 “The sword the fabled Orokin executioner Nihil used to glass the condemned. Swing while Aim Gliding to glass enemies. A Ground Slam will smash nearby glassed foes, while sending forward a narrow shockwave to shatter distant ones. A Heavy Slam sends forth a wider shockwave with greater force.”

The legendary Heavy Blade known as the Vitrica was Nihil’s Signature Weapon, capable of shattering enemies with little effort.

One of the highest damaging Heavy Swords, the Vitrica is capable of “glassing” enemies, allowing you to shatter those who are affected.

When modded well, players can combine combos to slice and dice enemies and even turn them into glass to finish them off with slam attacks. 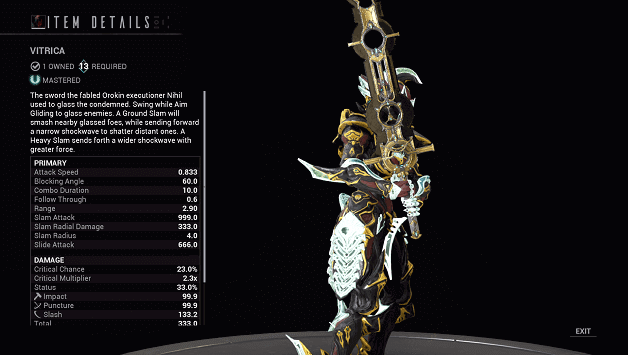 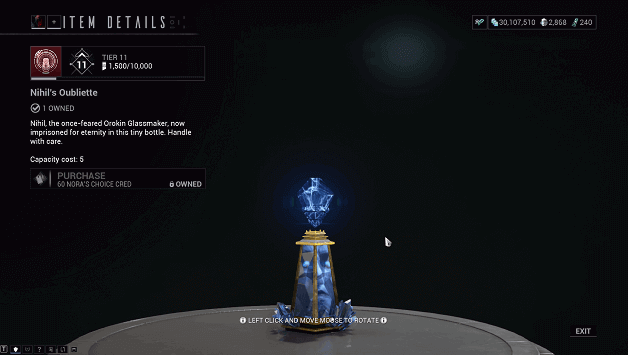 How To Get Vitrica Blueprint?

Previously, the Vitrica was obtained at the end of Nightwave Series 3 after Nihil is defeated by the Tenno but now you to acquire Nihil’s Oubliette and a key to enter it.

Both of these items can be purchased from the Nightwave Offerings and cost 60 each, which means you need a total of 120 Nightwave Credits to purchase them to later get the Vitrica.

You will have to install the Oubliette in your orbiter and interact with it (key must be in inventory) to start the boss fight against Nihil.

After defeating Nihil, you will get the Vitrica Blueprint as a reward and may craft it in your foundry.

The following resources are required to craft the Vitrica:

After getting Vitrica, you may be wondering about it’s builds. In this Vitrica build guide, we’ve covered some of the high damage builds. Do read our guide.

Large, deadly, and capable of turning enemies into glass before shattering them, the Vitrica is proven to be one of the deadliest Heavy Blades that exist in Warframe.

While it may be slow, the proper mods can turn this Heavy Blade into a weapon that is as light as a katana, especially with the right Warframe and abilities.

Overall, the Vitrica deals massive damage when fully modded and with the right amount of creativity, things can get pretty nasty for your enemies.