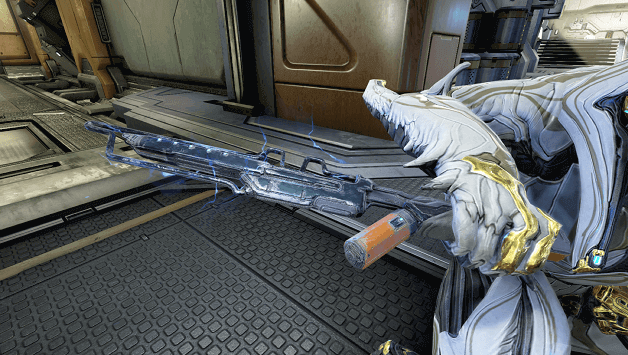 “An electrified jolter for quick melee takedowns, assembled from scavenged scrap. Ideal for use on unsuspecting opponents.”

The Rumblejack is one of The Drifters weapons that he used during The New War quest, mainly for melee fighting and even stealth takedowns.

This dagger has an extremely high base Status Chance of 40%, making it easy to build up for inflicting Status Effects on enemies.

What The Drifter previously used to simply electrocute enemies is now a deadly weapon in your Warframe’s hands, especially when you mod it for its best usage. 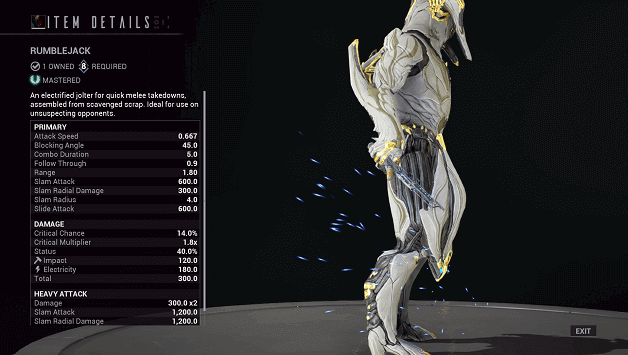 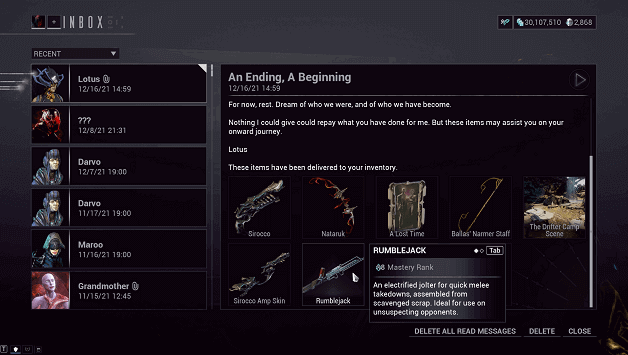 Being one of the weapons that originally was created by The Drifter, you will get along with other rewards for completing The New War.

Once you have completed The New War, you’ll get a message from the Lotus and will be able to see the rewards given at the end of the quest, including the Rumblejack. This is the way to get the Rumblejack.

You do not need to craft the Rumblejack as it will already be built just as if it was passed on by The Drifter.

After getting Rumblejack, you may be wondering about it’s builds. In this Rumblejack build guide, we’ve covered some of the high damage builds. Do read our guide.

The Rumblejack may be small but it does pack a punch, after all, it was The Drifter’s improvised melee weapon on his skirmishes.

This weapon has an insane Status Chance which can be taken advantage of depending on how you make your builds.

Just because this weapon is a Dagger, that doesn’t mean it can’t be used in up-close confrontations, its stats alone show just how deadly it can be.