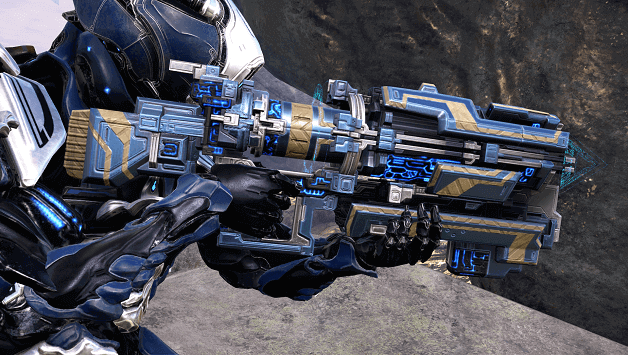 “Custom variant of a Corpus classic. Staggering blasts now ricochet and have greater range at the cost of a slower fire and reload speed. Surviving enemies are consumed with radiation.”

The Tenet Arca Plasmor is a variant of Arca Plasmor introduced in the Sisters of Parvos update, being one of the Tenet Weapons carried by a candidate.

A feature of the Tenet Arca Plasmor is that the projectiles fired from it are able to ricochet from surfaces, bouncing off of them to hit additional enemies further away.

This variant of the Arca Plasmor has an increase in Damage, Falloff, Critical Multiplier, and Status Chance with a reduced Fire Rate and Reload Speed. 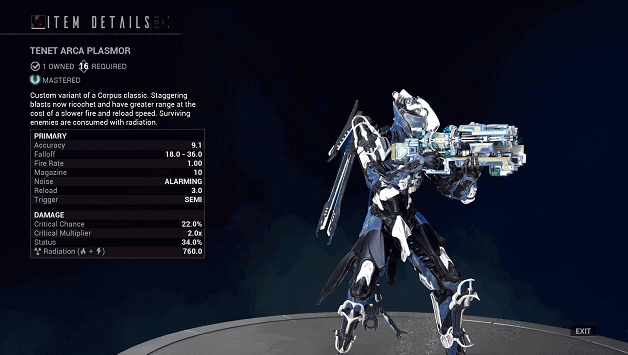 How To Get Tenet Arca Plasmor?

Tenet Weapons such as the Tenet Arca Plasmor can be obtained by defeating a Sister of Parvos (Candidate) who has it equipped.

You will first need to do a mission on a Corpus Ship Tileset and enter the Granum Void where you must reach Rank 1 on Nightmare Difficulty.

The Tenet Arca Plasmor is excellent for taking out enemies and if they are not destroyed by the initial hits, they are sure to suffer from Status Effects.

Carefully placed shots can allow you to hit several enemies due to the ricocheting projectiles fired from the weapon, making it easier to take out larger groups or hit enemies out of range.