The Arca Plasmor is a primary weapon, a plasma shotgun made by the Corpus best known for its unique projectile which deals a high amount of Radiation damage to enemies in wide spread. 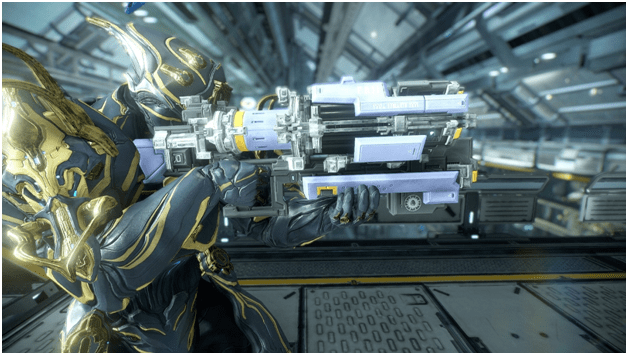 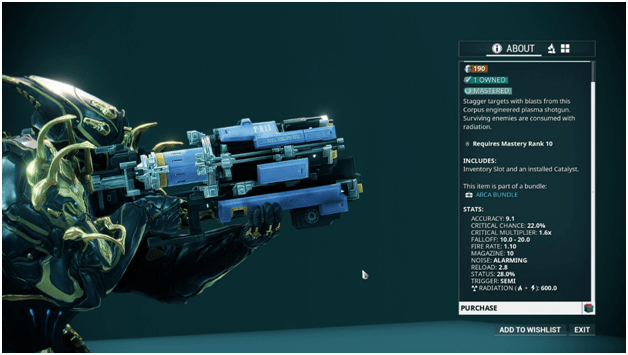 The Arca Plasmor has the following stats:

This Warframe weapon requires a Mastery Rank of 10 before it may be used by players and must be researched before being able to buy its blueprint to craft.

In order to acquire the Arca Plasmor, it must be crafted after obtaining its blueprint. 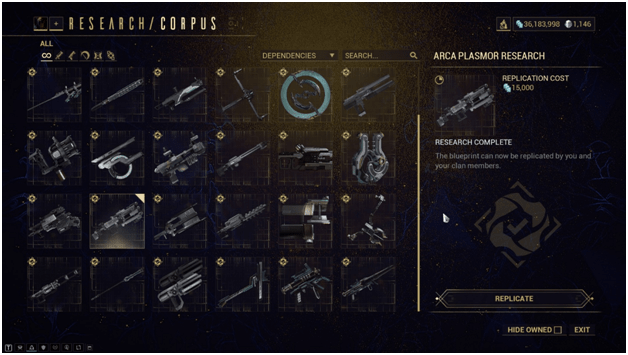 The Arca Plasmor blueprint may be replicated from the Energy Lab at a dojo which is available after being researched.

The Arca Plasmor may also be bought for 190 Platinum and already built or along with the Arca Bundle which contains it and other items released alongside it for 550 Platinum.

The Arca Plasmor can be modded in many different ways and along with its high base Radiation damage.

There are many possibilities to consider and it is up to the user which mods will benefit them at certain situations and what they are more comfortable with. 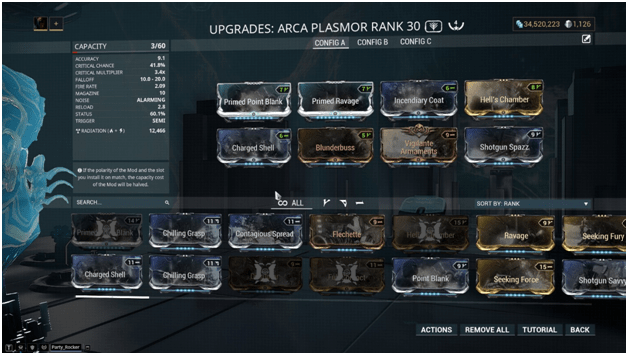 In this build we make take the Arca Plasmor’s base Radiation and add Incendiary Coat with Charged Shell to increase the overall elemental damage.

To bolster the damage further we add Primed Point Blank along with Hell’s Chamber and Vigilante Armaments which provide it with multishot.

We add Blunderbuss to increase the critical chance and Primed Ravage for the critical multiplier along with Shotgun Spazz for an increase in rate of fire.

This build makes use of the high base Radiation damage and increases it furthermore allowing the weapon to deal high damage with each shots and a good chance to do a critical hit.

With the normal shots alone dealing a great deal of damage, the critical hits will deal a surprisingly larger amount of damage.

Despite only being one kind of combined element, it can prove to deal a high amounts of damage regardless of the enemy type due to its high base damage and extra damage towards certain enemy types. 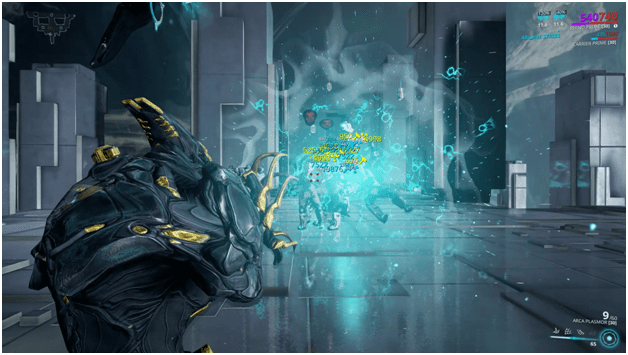 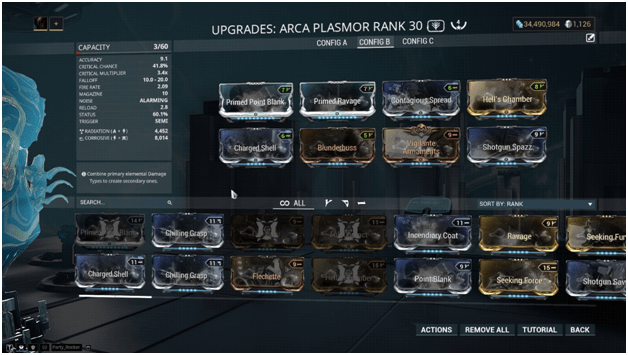 Similar to the previous build, however we add 2 elemental damage mods that combine into an additional element for the build.

This gives us 2 different elemental damage combinations for different effects and damage types.

Depending on which elements the user prefers they need only substitute the two elemental mods with different elements. 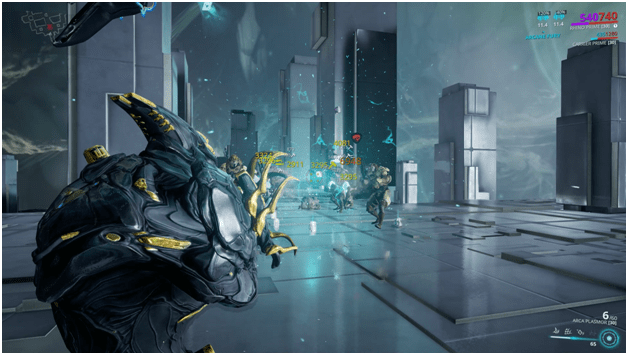 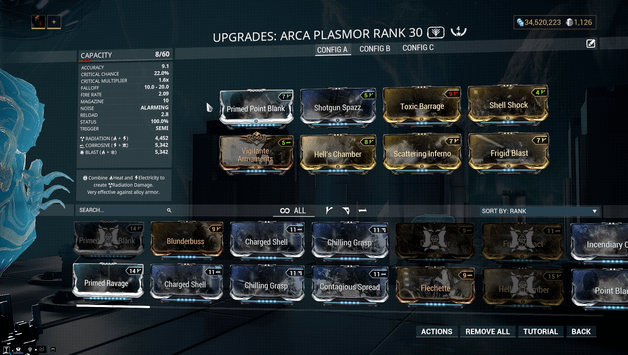 For this build we continue by using Primed Point Blank/Point Blank for damage and Shotgun Spazz for a higher rate of fire.

With Hell’s Chamber and Vigilante Armaments the weapons get multishot stats for additional shots.

To focus on status, we add 3 elemental damage and status mods along with Frigid Blast taking the place of the cold elemental and status damage mod.

This build will give you 3 different secondary elements which can not only deal bonus damage to enemies based on weakness but cause several status effects as well.

When the elemental damage and status mods are rearranged, the element combinations changed allowing the user to choose which elements they prefer to use. 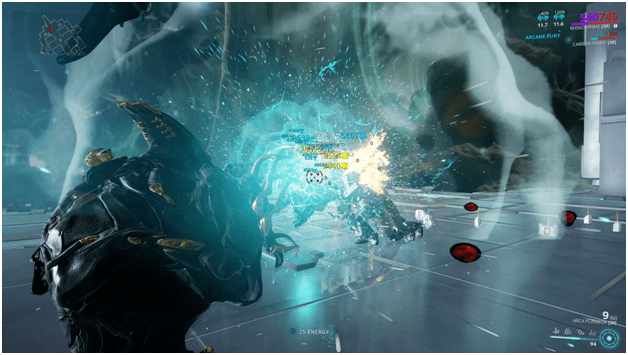 These are not the only builds available for the Arca Plasmor, but they are pretty useful in many situations.

The Arca Plasmor is no doubt one of the strongest weapons in the game, since its main damage is not only high but it is already a combination of two elements (Radiation).

Making use of its wide range and its devastating damage can reduce enemies into nothing.

It can be modded for facing different types of enemies which is a great quality for a weapon.

Only few weapons compare to the devastation that the Arca Plasmor can create and enemies that go against a user with this weapon will not last long in the midst of battle. 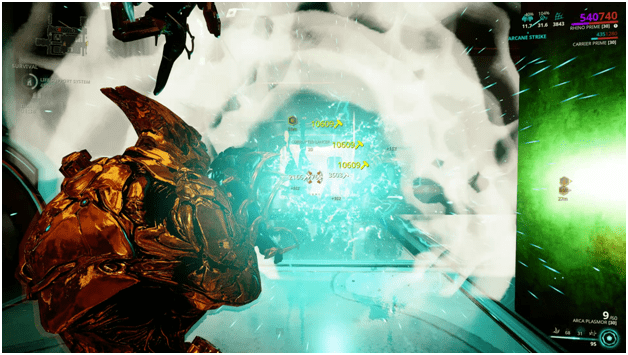