The Soma Prime, a primary weapon, is a prime variant of the Soma, an assault rifle of Tenno design. 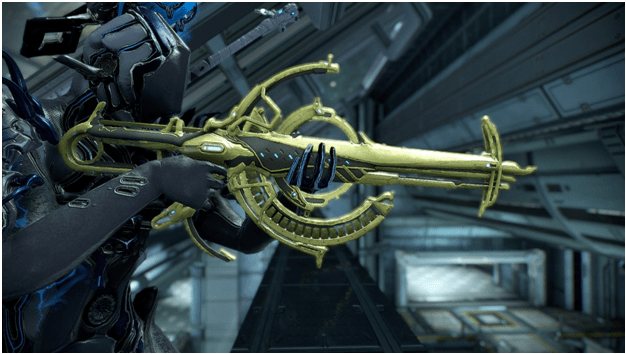 The Soma Prime is the Prime variant of the Soma, retaining most of its stats with a few changed as well. 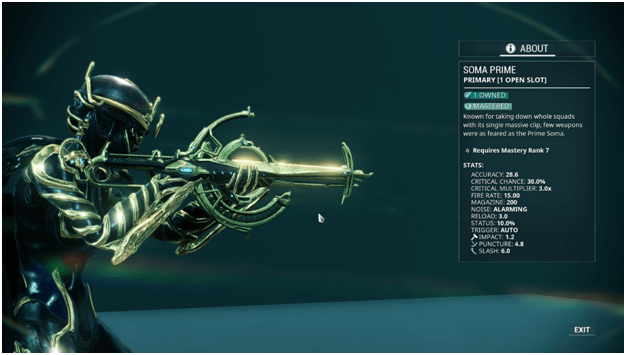 The Soma Prime has the following base stats:

The Soma Prime requires a Mastery Rank of 7 before it may be used by players and built using its blueprints and Prime parts.

The Soma Prime may be crafted with its blueprint and parts which may be obtained by opening relics or by trading with other players. 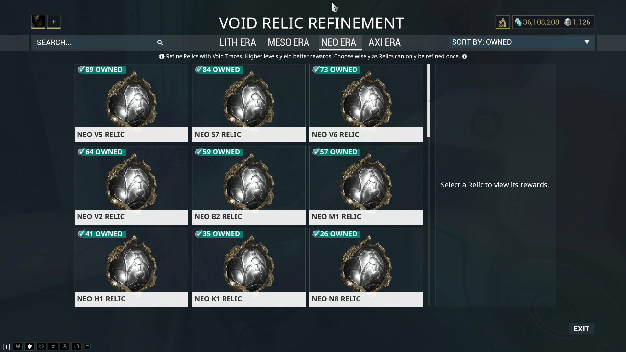 These contain the blueprint and parts required to craft the Soma Prime:

The Soma Prime has a high rate of fire and ammo capacity allowing it to unload several rounds along with its high critical chance making it easier to deal critical hits.

It also has a moderate status chance which may also apply status procs. Depending on the mods the user selects they may put these to their advantage. 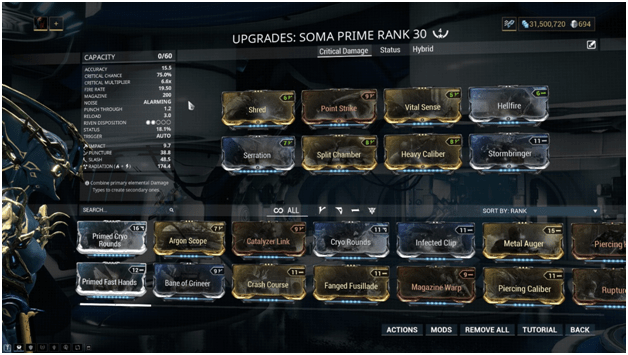 For our Soma Prime critical build we add the usual Serration for an increase in overall damage along with Split Chamber giving multishot to the build.

Vital Sense and Point Strike are added to bolster its critical chance and critical multiplier for a huge increase in damage.

This build makes use of the Soma Prime’s high rate of fire along with its decent critical chance in order to deal successive critical hits within a small amount of time.

Since the weapons has a large magazine capacity, firing multiple rounds should not be any trouble and the quicker the rate of fire is, the faster you gain chances to deal critical hits. 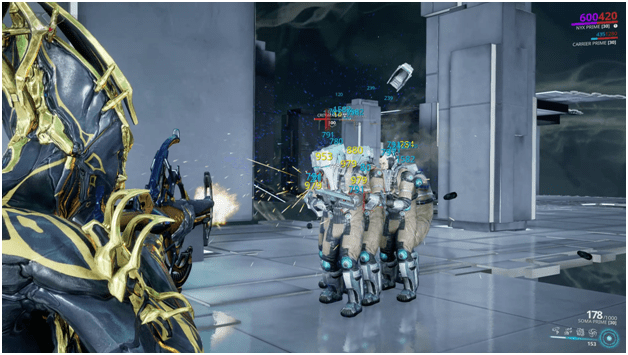 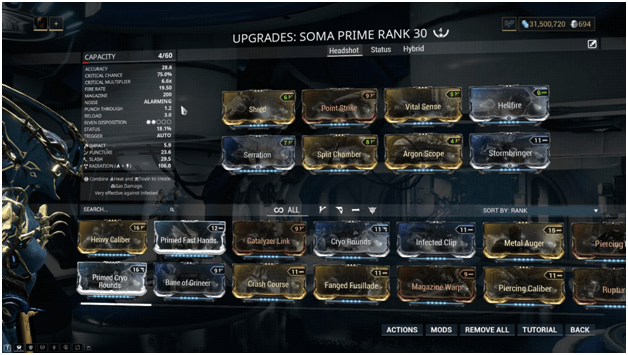 This build is a modified version of the previous one where we exchange Heavy Caliber, removing the accuracy penalty and add Argon Scope.

Argon Scope will give a buff that increases critical chance when zoomed in upon dealing a headshot to enemies.

As long as a headshot occurs, the buff will have a certain amount of time to a higher critical chance from there on successive shot will all be affected by the buff.

This build is great for marksmen, especially those you like to aim for the enemy’s heads, using this build will guarantee critical hits. 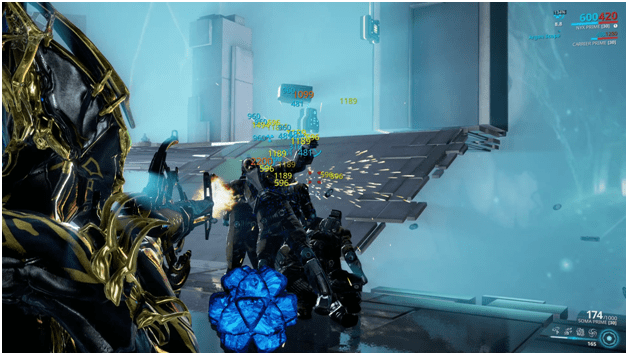 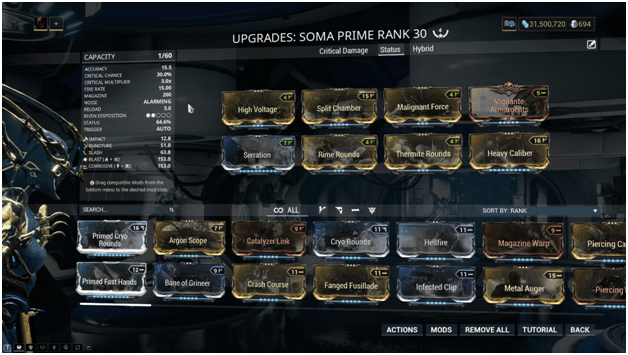 Retaining only a few of the previous mods, we replace half of the mods in the build with elemental damage and status mods.

The elements in the build may be changed when rearranging the mods.

This build focuses on causing status effects by firing multiple rounds, status effects may occur causing their respected effect along with the normal weapon fire.

This build is great for dealing different sources of damage when necessary. 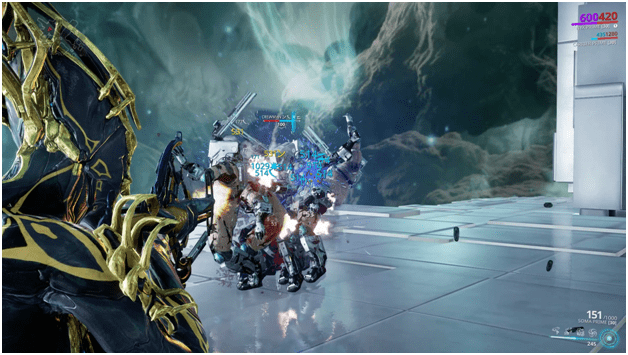 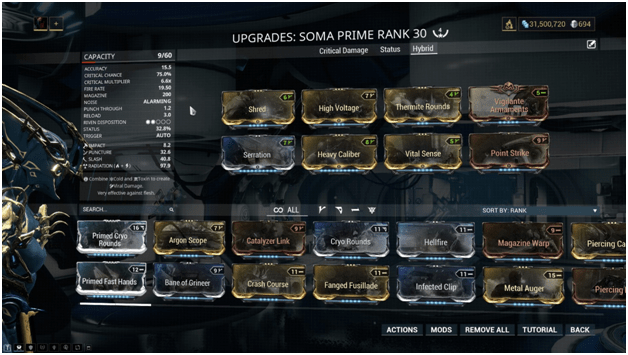 The hybrid build is a mixture of both the critical and status chance within the build and a few mods from each to form up the combination.

The hybrid build is focused on dealing both critical hits as well as status effects to top off the damage.

This build is great for dealing all sorts of damage from normal shots to critical hits and from area of effect status effects to damage over time. 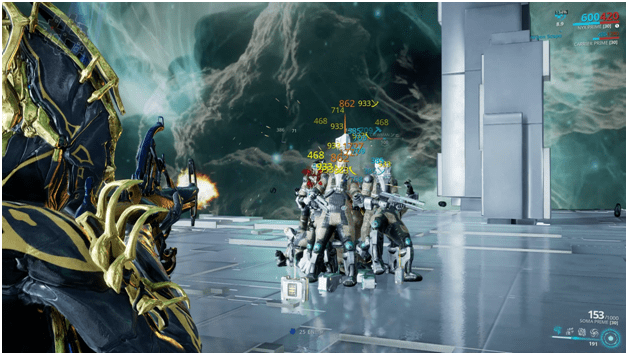 These are not the only builds available for the Soma Prime, but they are pretty useful in many situations.

The Soma Prime has one of the largest ammo reserves and magazine capacity in the game.

Along with its high rate of fire and decent critical chance, it is easy to get successive critical hits against enemies.

Due to its high fire rate, chances for both critical and status effects are good regardless of the base stats.

The Soma Prime is great for taking on crowds of enemies from low to medium range and has a decent accuracy to go with it.

An assault rifle with the magazine capacity of a heavy machine gun, now that’s a weapon you would want to bring to a battle. 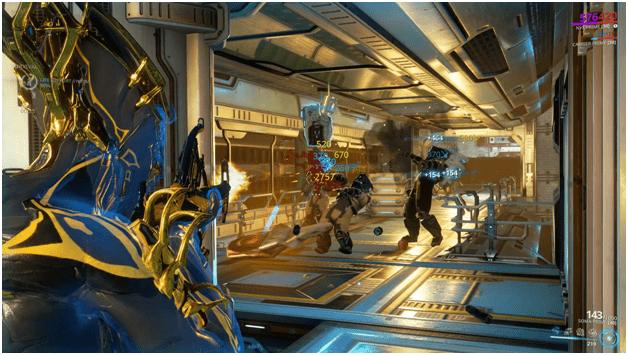