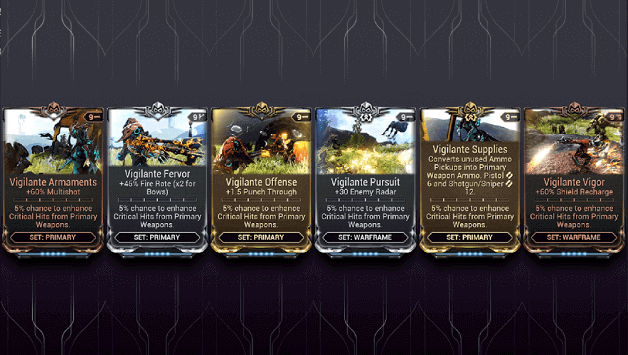 The Vigilante Mod Set is a collection of mods that is capable of enhancing the Critical Hits from your Primary weapons.

Most of the mods in this set are for Primary Weapons so you may want to consider which ones you want to include in your build to substitute other mods.

Having your Critical Hits enhanced will allow you to deal even more damage as your critical tier increases by one.

How To Get Vigilante Mods?

Vigilante Set Mods can be obtained in two ways, which are rewards from Bounties in the Plains of Eidolon or as drops from Plains Commanders.

A Plans Commander is a Grineer enemy which you kill as a final target when doing assassination Bounties, who is capable of dropping different Vigilante Mods. 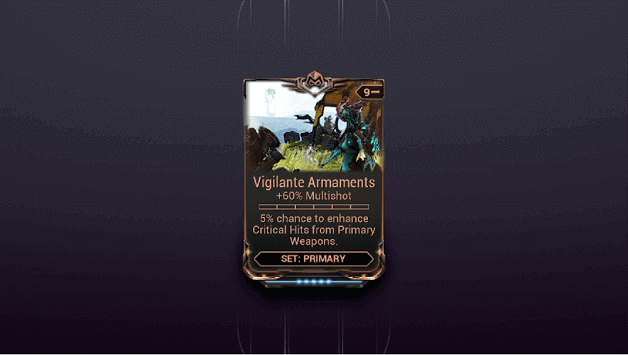 Vigilante Armaments adds Multishot to your Primary Weapon, increasing it starting with 10% reaching up to 60% when maxed out.

Multishot is great for increasing the number of projectiles that are released from your Primary Weapons, allowing you to deal even more damage. 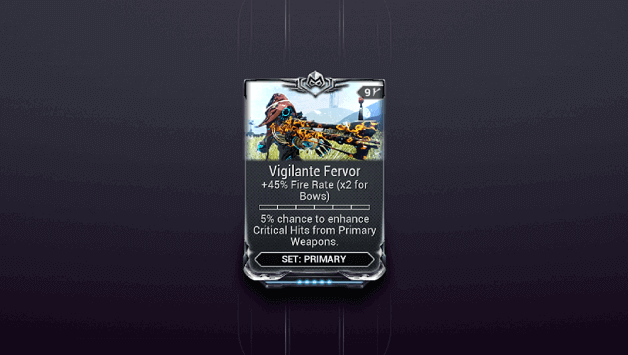 Vigilante Ferver increases the Fire Rate of your Primary Weapons or doubles the rate of fire for bow weapons.

The increase in Fire Rate begins with 7.5% and may be increased up to 45% when the mod has been upgraded to max rank.

With a higher rate of fire, you will be able to deal more damage in a lesser amount of time as you let loose more projectiles. 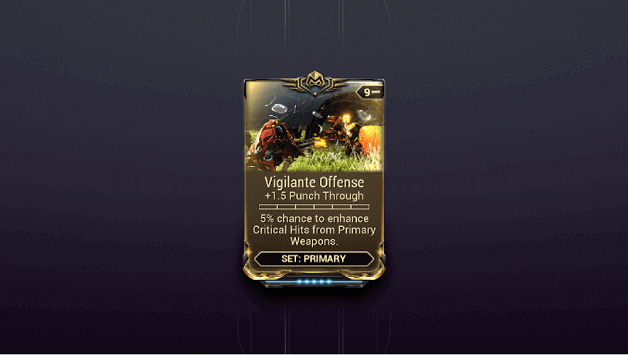 Vigilante Offense provides your Primary Weapon with additional Punch Through, allowing your projectiles to pierce enemies and objects.

Punch Through from Vigilante Offense starts at 5% and can reach up to 30% when the mod has been maxed out.

Having Punch Through or increasing it makes it great for hitting multiple enemies or for hitting those who are behind cover such as a barrier or gates. 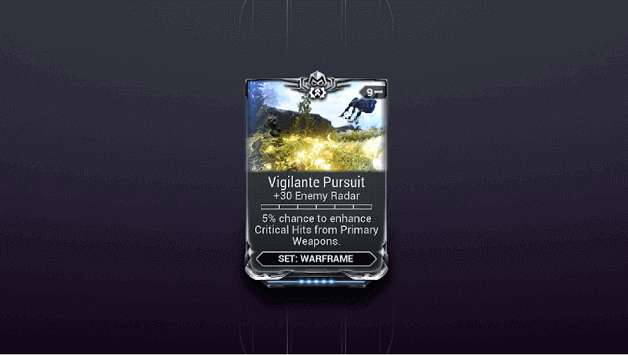 Vigilante Pursuit is a mod for your Warframe which increases the Enemy Radar, allowing you to detect enemies further on your radar.

The range added to your Enemy Radar starts with 5 meters and can reach up to 30 meters once you have upgraded it to rank 5.

Having better coverage over enemies on your radar will allow you to be prepared in advance as well as make it easier to use your abilities to disable or kill them. 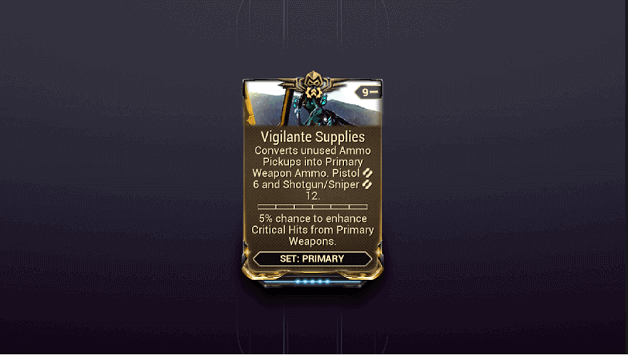 With the Vigilante Supplies Mod, you don’t have to always worry about having a lack of ammunition since it converts other unused ammunition into it.

The Vigilante Supplies mods convert 5% up to 30% of Pistol/Rifle ammunition or 20% up to 120% when converting Shotgun/Sniper ammunition.

If your primary weapon runs out of ammunition quickly, the Vigilante Supplies mod will be a great way to generate more for you as you fight enemies. 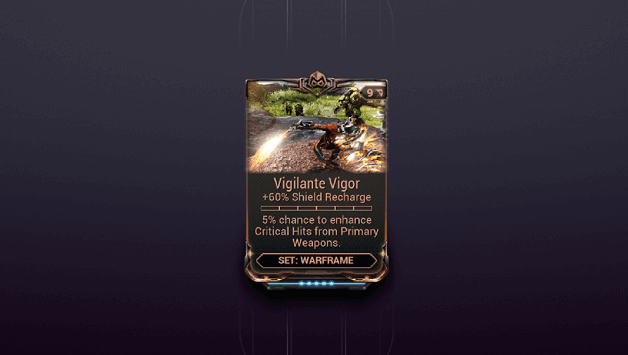 Vigilante Vigor provides you with an increase in your Shield Recharge rate, allowing you to gain shields faster once regeneration begins.

The increased Shield Recharge starts at 10% when on the lowest rank and will increase up to 60% when the mod has been maxed out.

Having a faster Shield Recharge can make it easier for your Warframe to continue fighting enemies after avoiding damage for a small duration.

The Set Bonus of the Vigilante Mods gives a certain chance to enhance your critical hits, causing them to increase by 1 tier.

This can cause yellow crits to become orange and orange ones to become red, making your critical hits more severe with less effort.

The more Vigilante Mods you have equipped, the higher the chance that your critical hits will be enhanced.