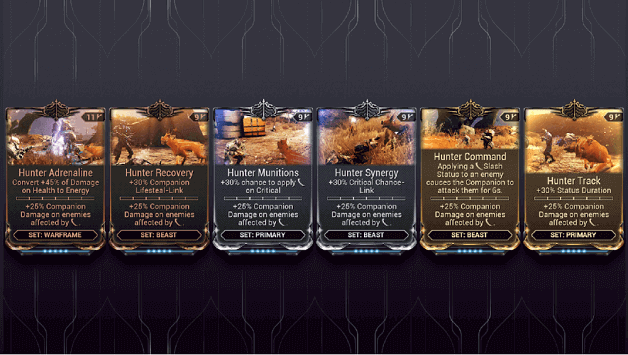 The Hunter Set Mods is a collection of mods that allow your companions to deal bonus damage to enemies who suffer from Slash Status Effects.

These mods will provide boosts mainly to your companions when all mods have been fully equipped, providing life-steal, a chance to apply the Slash Status Effect, and more.

Equipping these mods boosts the capabilities of your companion based on some of the stats of your Warframe and will allow you to fight well alongside one another.

How To Get Hunter Mods?

During the Ghoul Purge event, Hunter Mods may drop from Ghouls that can be found around the Plains of Eidolon. 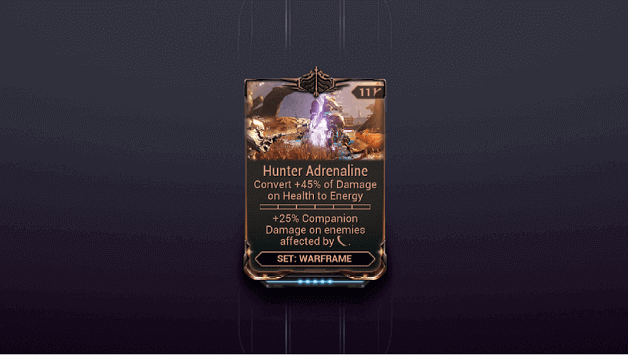 Hunter Adrenaline has similar effects to the Rage Mod, allowing you to convert a certain amount of damage done to your health into energy.

The percentage of energy that is converted starts from 7.5% at the lowest rank and can reach up to 45% when Hunter Adrenaline has been maxed out.

Being able to convert energy from damage provides your Warframes with a backup supply for when you need the energy to cast abilities. 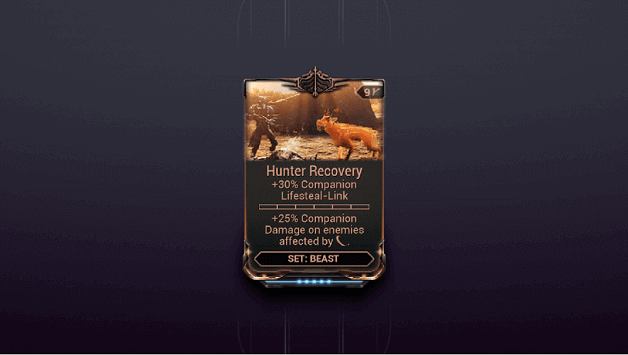 With the Hunter Recovery Mod, your companion gains a percentage of Lifesteal-Link, allowing it to heal your Warframe when it deals damage.

Life Steal from Hunter Recover starts with 5% at rank 0 and will reach up to 30% when it has been upgraded to rank 5.

Having this mod can help with survivability, providing you a backup source of health while you are in the midst of combat. 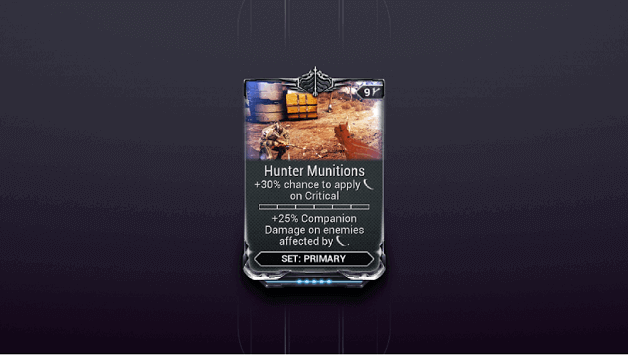 Hunter Munitions give your Primary Weapon the ability to apply Slash Status Effects when a critical hit has been dealt.

The chance to apply a Slash Status Effect begins with 5% at rank 0 and will reach 30% when Hunter Munitions is at max rank. 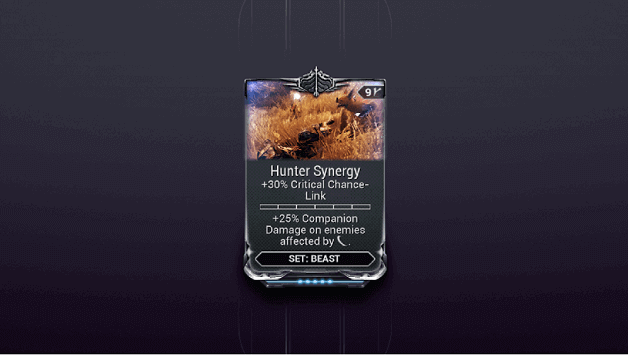 The amount of Critical Chance will be a percentage starting from 5% which reaches up to 30% based on the Primary Weapon you have equipped.

With the additional Critical Chance provided by Hunter Synergy, your companion will be able to do even more damage to enemies. 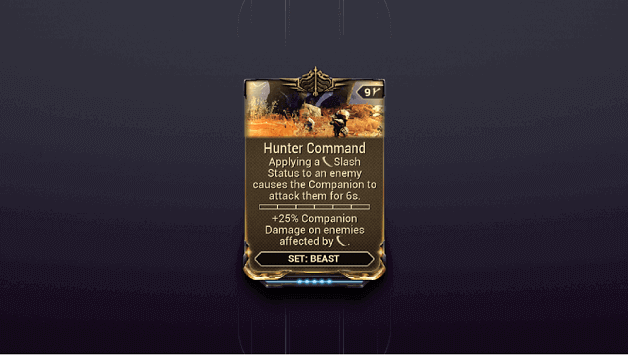 Hunter Command helps focus the attacks of your companion on specific enemies, causing them to attack targets you have inflicted with the Slash Status Effect.

When an enemy has been affected by your Slash Status Effect, your companion will start attacking them from a period of 1 second at rank 0 which can reach up to 6 seconds at max rank.

This mod is great for when you need to get your companion to focus on your targets, making it easier for you to make use of the whole set and deal more damage. 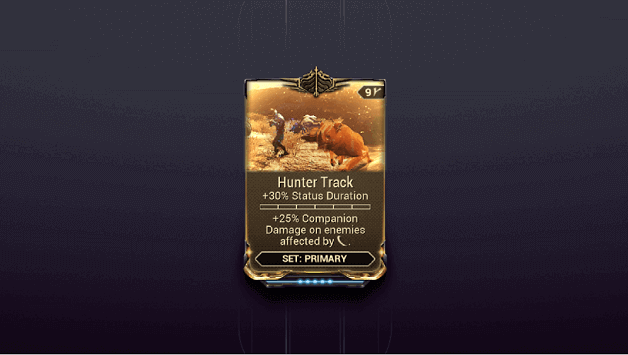 Hunter Track is a mod that is equipped on your Primary Weapon to provide it with an increase in Status Duration.

The bonus Status Duration begins with 5% and reaches up to 30% when Hunter Track has been maxed out to rank 5.

Status Effects caused by your Primary weapon will last longer with Hunter Track equipped, allowing you to benefit from its longer durations, weakening enemies or damaging them over time.

The Hunter Mods Set Bonus provides your companion with a percentage of additional damage to enemies who are inflicted with the Slash Status Effect.

Bonus Damage to enemies inflicted with the Slash Status Effect starts from 25% with 1 mod and reaches up to 150% when all 6 are equipped.