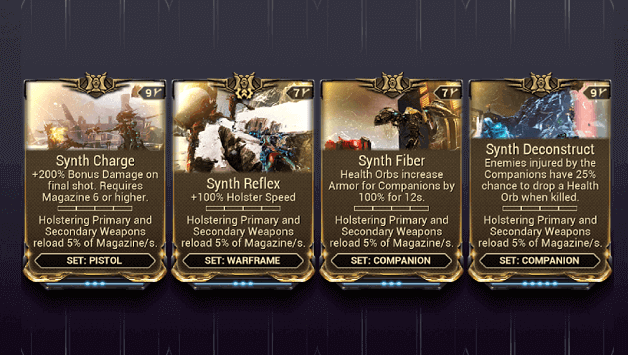 The Synth Mods Set consists of specific mods that provide automatic reloading of a certain percentage of your weapons when holstered.

Other bonuses received from this mod set included a powerful increase with your pistol when dealing the final shot, additional holster speed, armor buffs for companions, and more.

You find that this set is more useful for those who constantly swap between weapons, increasing the speed which they holster and providing additional benefits with each mod.

How To Get Synth Mods?

Synth Mods can be obtained as rewards from completing Orb Vallies Bounties providing you with one of them depending on the bounty and its reward table.

You may also get a chance to obtain these from Corpus Sniper Targets and Corpus Supra Targets which you may encounter during Capture Missions on Orb Vallis. 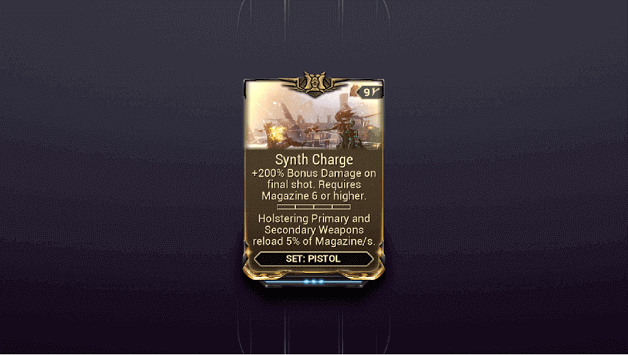 Synth Charge provides bonus damage when you let off the final shot of your weapon, dealing a percentage of damage based on the rank of the mod.

Bonus damage begins from 50% and can reach up to 200% based on the rank of the mod, allowing higher amounts of damage at max rank.

Every drop counts when it comes to dealing damage and with 200% increased damage in every final shot, you get a higher amount of total damage. 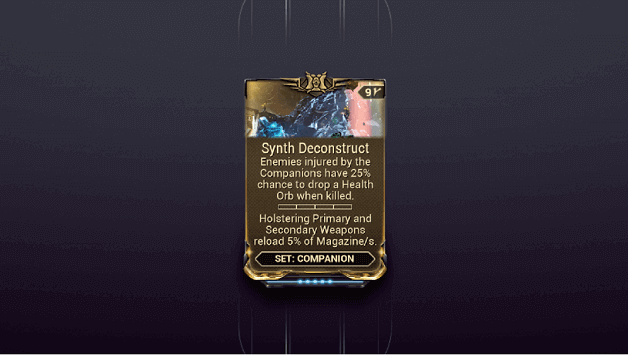 The Synth Deconstruct Mod provides a chance for enemies to drop Health Orbs when they are killed by your companion.

This can occur when your companion is attacking any enemy and the chance for a Health Orb to drop when they are killed starts from 2% and can reach up to 25% based on mod rank.

Going through several enemies can be quite tough sometimes and having an additional source of Health Orbs can make a difference between life and death. 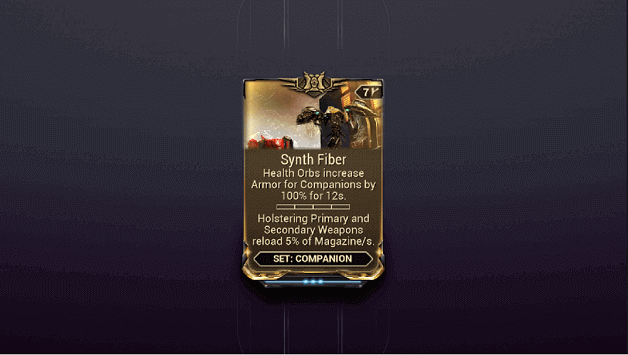 Synth Fiber improves the armor of your companions by providing them with Bonus Armor when you pick up a Health Orb.

The amount of Bonus Armor starts from 25% and will reach up to 100% depending on the mod rank and the duration of the buff will last from 3 seconds reaching up to 12 seconds.

Along with the Synth Deconstruct mod as well as other abilities and mods, Health Orbs may frequently drop, allowing you to keep your companion durable during fights. 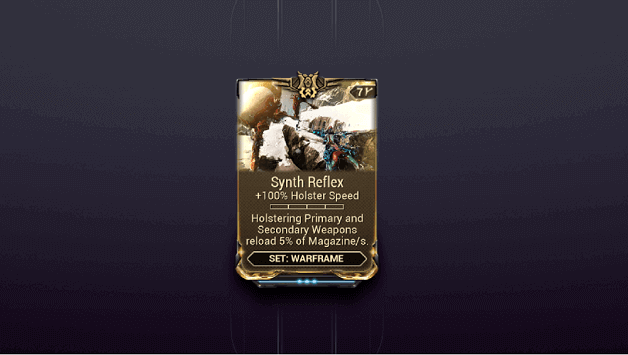 Synth Reflex is an Exilus Mod which increases your Holster Speed starting from 25% at rank 0 and reaches up to 100% at rank 3.

With this mod, you can easily switch between weapons as your Warframe will quickly swap between them when you need to during fights.

A good amount of Holster Speed can help when in tough situations or when you have builds that require you quickly change weapons.

The Synth Mod Set Bonus causes your holstered primary and secondary weapons to reload a certain percentage of their ammo.

This is great for when you switch your weapons during combat and need a quick amount of backup ammo as you switch between them.