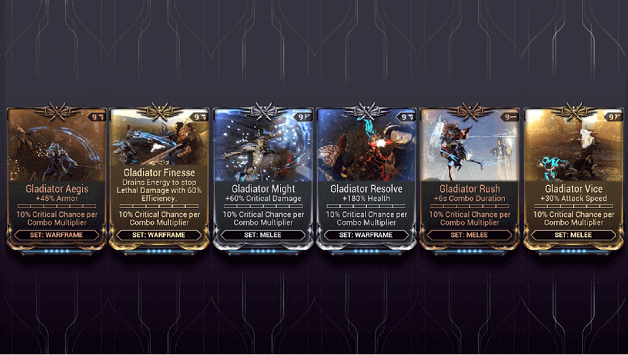 A true warrior knows how to strike his enemies well enough to deal the most severe damage to them, these mods together can make your Warframe unstoppable.

The Gladiator Mods are a collection of mods that enhance your Warframe’s survivability as well as improve your melee prowess.

Gladiator Mods have a Set Bonus that improves your chance to deal critical hits based on your combo meter, making you quite the melee killing machine.

How To Get Gladiator Mods?

Gladiator Mods can be obtained as rewards for finishing Plains of Eidolon Bounties, which can be accepted in both Cetus and out in the plains.

It is also possible to get these mods as drops from an Aerial Commander, an enemy that falls off of a Tusk Command Dargyn.

Tusk Common Dargyns are the final targets you kill during Assassination Bounties on the Plains of Eidolon. 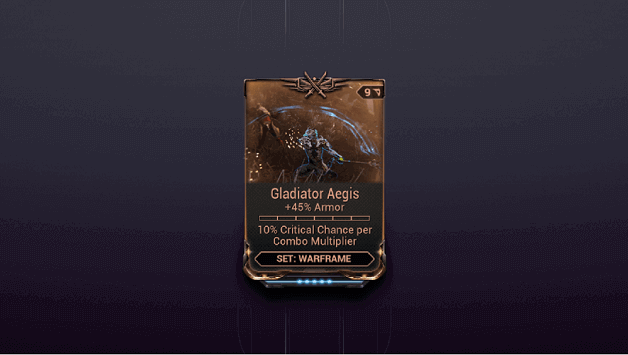 Gladiator Aegis is a Warframe Mod which increases your armor by 7.5% at rank 0 which reaches 45% when it reaches rank 5.

An increase in armor is great for Warframes with medium to heavy armor and the Critical Chance from the Set Bonus makes quite the difference in a fight. 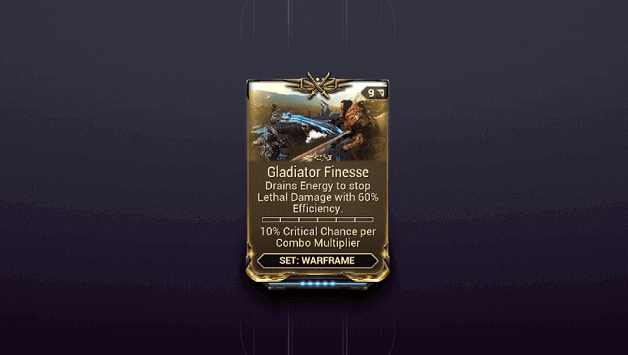 The efficiency of preventing Lethal Damage begins with 10% and can reach up to 605 based on the rank of Gladiator Finesse.

Gladiator Finesse is a bit similar to the Quick Thinking mod and when the time is right, it will be able to save you from certain death. 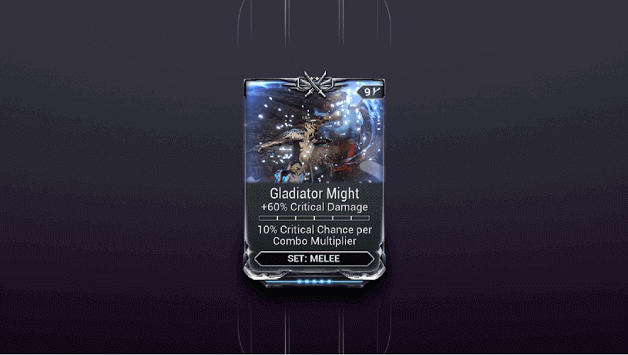 Gladiator Might is one of the more important Melee Mods that you will want to get if you’re focusing on getting critical strikes.

This mod provides you with additional Critical Damage starting from 10% reaching up to 60% depending on the rank of Gladiator Might.

With an increased amount of Critical Chance from the Set Bonus of the Gladiator Mods, an increase in Critical Damage can greatly increase your damage output. 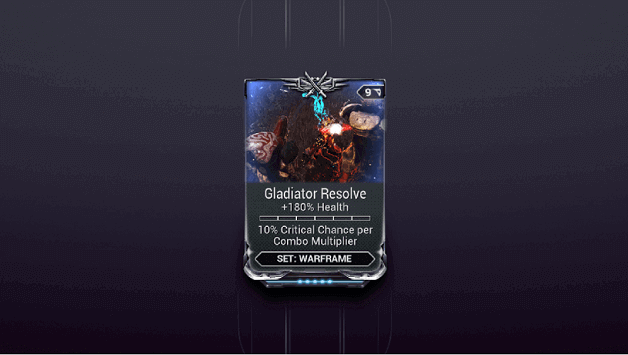 Gladiator Resolve increases your Warframe’s health which at rank 1 provides 30% and at rank 5 reaches 180% increased health.

The Gladiator Resolve Mod usually replaces Vitality for most offensive or bruiser builds, exchanging an amount of extra health for the Set Bonus. 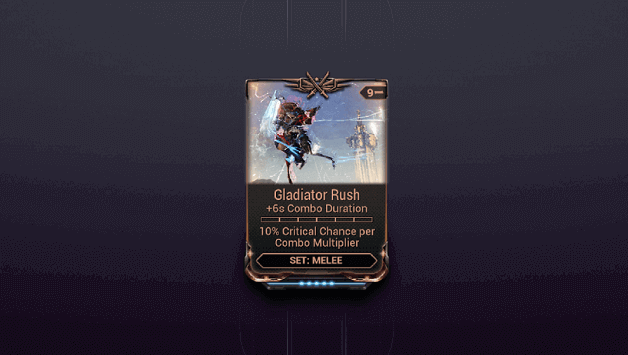 The Gladiator Rush Mod adds seconds to your Combo Duration, prolonging it before you lose the bonuses and need to build it up again.

With Gladiator Rush, you gain 1 second at rank 0 and can reach up to 6 seconds when the mod has been maxed out.

Having a longer Combo Duration will allow you to maintain a higher amount of Critical Chance since the set bonus relies on it. 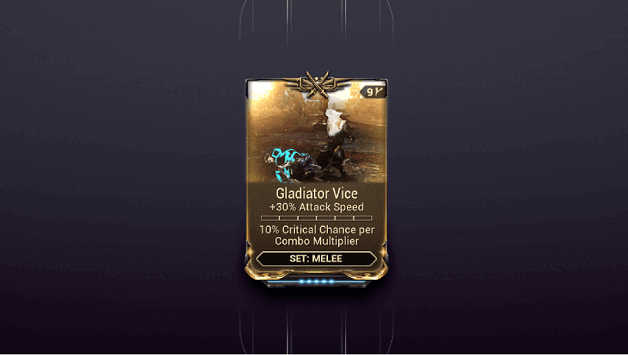 When it comes to melee, the Attack Speed of your weapon can play a big part in your overall damage per second, regardless of whether you’re doing a critical or status build.

Gladiator Vice helps big time with not only adding Attack Speed to your weapon but also adds to the Set Bonus.

The additional Attack Speed will allow you to do more attacks in lesser time and can be equipped along with Fury for even faster attacks.

With the Gladiator Mods Set, you get a Set Bonus that increases your Critical Chance based on your Combo Multiplier depending on how many of the mods are equipped.

With an even more Critical Chance, you are bound to deal more damage and these effects will increase and persist as long as you keep your Combo Meter up.