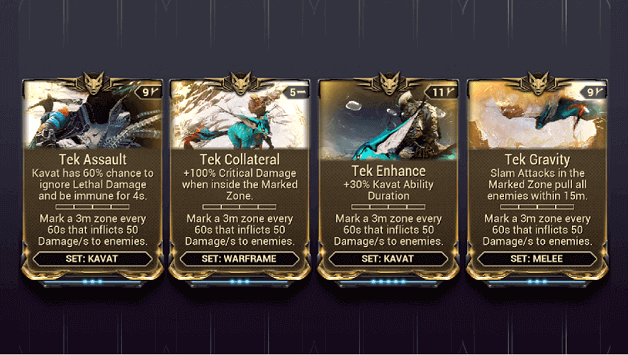 The Tek Set Mods is a set of mods that further increase the efficiency of Kavats, allowing them to mark a certain spot that damages enemies and provides benefits to its owner.

Kavats gain bonuses such as being able to ignore lethal damage along with having increased ability duration to last longer and have longer ability effects.

With the help of the marked zone that the Kavat creates, players can take advantage of the additional Critical Damage and the pull caused by Slam Attacks.

How To Get Tek Mods?

Tek Mods can be obtained from Orb Vallis as rewards for completing different bounties and you can see the possible rewards before you accept these bounties.

During Capture Mission on Orb Vallis (Venus) you can obtain some of these mods from a Corpus Cestra Target. 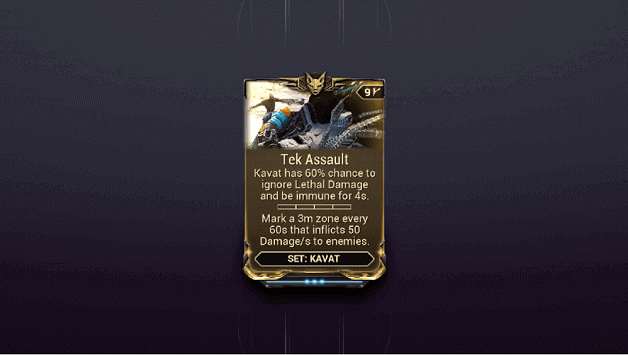 With the Tek Assault Mod, your Kavat will have a chance to ignore Lethal Damage that is dealt with it, making it immune for a short period.

The chance for your Kavat to ignore damage will start with 15% and can reach 60% at rank 3 with this mod with a duration of 1 second which reaches 4 seconds when maxed.

This is a great way for your Kavat to escape death and continue to cause mayhem to your enemies while it ignores their attacks. 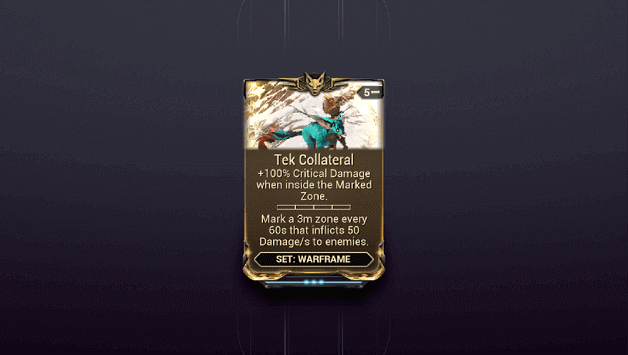 Tek Collateral provides you with an increase in Critical Damage when you are inside the Marked Zone which is created by the Kavat via any Tek Mods Set Bonus.

The Critical Damage provided starts from 25% at rank 0 and will reach 100% when this mod has been maxed out.

The Kavat will eventually create a larger marked area with more mods and this will make it easier for you to get more Critical Damage done. 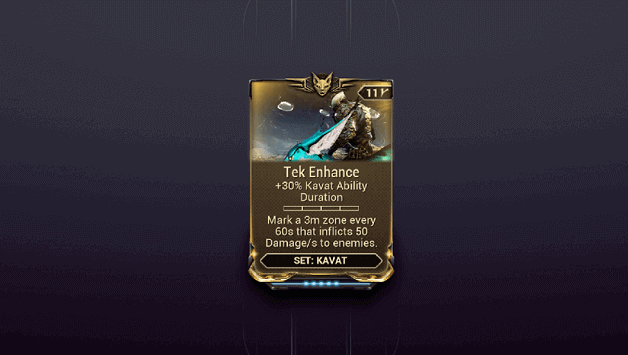 The Tek Enhance Mod increases the Ability Duration of your Kavat, increasing the duration of buffs and other abilities that have durations.

Ability Duration for your Kavat increases starting with 5% and will reach up to 30% when this mod has been upgraded to its max rank.

With more Ability Duration, you can expect your Kavat’s abilities to last longer, especially the buffs that they provide you with. 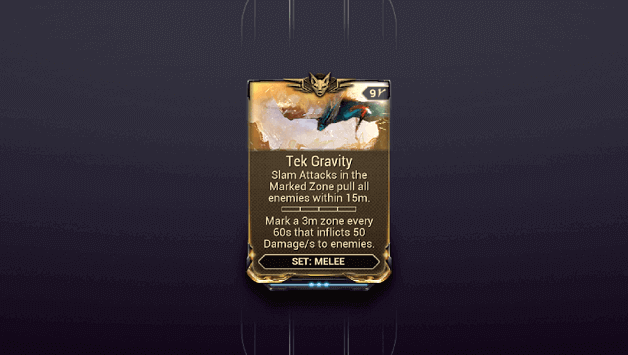 Tek Gravity causes your Slam Attacks to pull enemies that are within 15 meters towards you if you do them in a Marked Zone.

The Pull Range of your Slam Attack will start from 6 meters at rank 0 and will reach 15 meters when maxed to rank 3.

This is useful for pulling enemies who are further from you to easily finish them off with your other attacks or set them up for abilities.

The Tek Mods Set Bonus allows your Kavat to create a Marked Zone which causes enemies within it to take damage.

The Zone Radius of the Marked Zone will increase as you equip more Tek Mods as well as the damage it does to enemies while also reducing the cooldown.

Enemies within the Marked Zone will take damage and you can benefit from staying within it to deal more Critical Damage and pull enemies in with Slam Attacks.