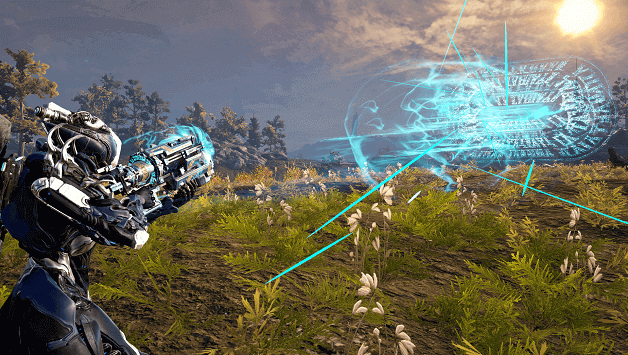 A more powerful variant of the Arca Plasmor, the Tenet Arca Plasmor is capable of dealing an incredible amount of damage to enemies per shot.

With a high amount of Status Chance and decent Critical Chance, there are several possibilities for builds to take advantage of its heightened stats.

A unique feature of the Tenet Arca Plasmor is that its projectiles will bounce off surfaces when fired at certain angles, ricocheting to hit more enemies. 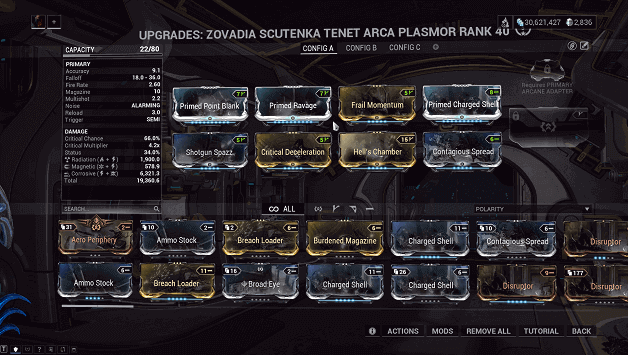 Since the Tenet Arca Plasmor does not have any physical damage, we focus more on improving its elemental damage, a heavy tradeoff since it has an insane base Radiation Damage.

One downside of this build is the reduced reload speed of the Tenet Arca Plasmor but this can be countered with Warframe abilities or swapping out some of the mods.

Critical Deceleration or Frail Momentum can be swapped out for mods that increase your Reload Speed and will still allow this build to destroy your enemies easily. 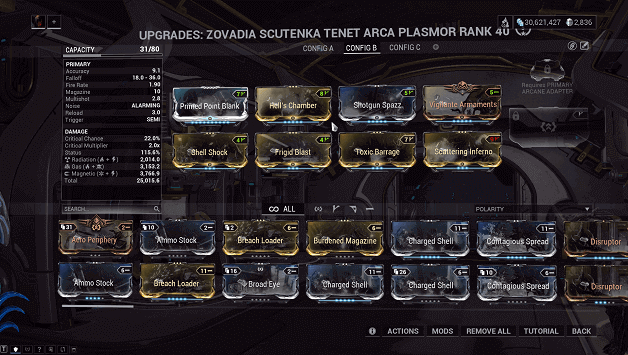 Nothing is more deadly than filling your enemies up with Status Effects to weaken or damage them over time, perfectly done with this build.

The Tenet Arca Plasmor comes with an insane 34% Status Chance and with this build, we have increased it to 115.6% which guarantees status effects.

You can swap the Status Mods in order to change the elements to best suit what Status Effects you want to inflict your enemies with as well as bonus damage depending on the elements.

Not only is there a high chance to cause Status Effects per shot, but each shot releases multiple projectiles due to the 2.8 Multishot, allowing you to inflict even more per shot. 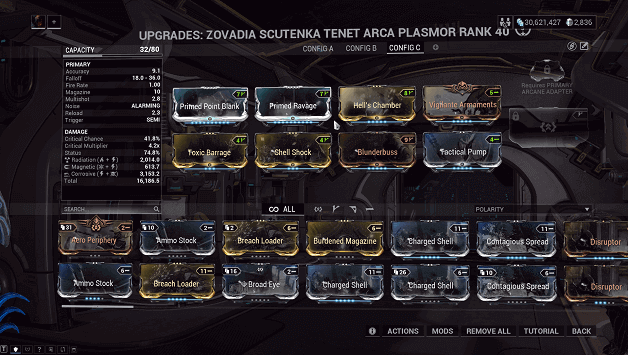 Swapping out Status Mods for similar ones will allow you to change which elements you prefer and this will keep a good 74.8% Status Chance.

Critical Damage can deal up to 4.2x more damage and has a 41.8% chance to occur for each shot with the Tenet Arca Plasmor.

With this build, you will be dealing Status Effects to weaken enemies and can finish them off with Critical Damage.