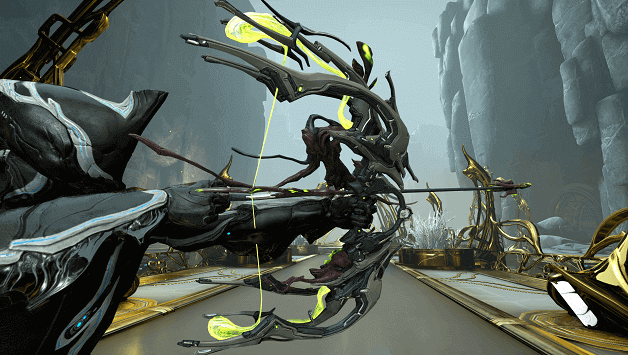 “Each arrow spawns a swarm of sticky appendages on impact. These tongue-like probes latch onto nearby unfortunates and drag them close before bursting into a mess of diseased goo.

The Proboscis Cernos is an upgrade from the Mutalist Cernos, a variant of the original Cernos bow created by the Tenno.

Firing an arrow from the Proboscis Cernos will deal initial damage and pull enemies to the point of impact to explode afterward for even more damage.

Explosions from the Proboscis Cernos deals Viral Damage and can take out several enemies, easily clearing out larger groups. 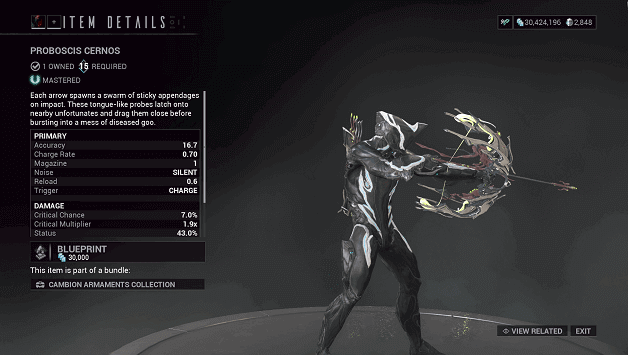 How to Get Proboscis Cernos? 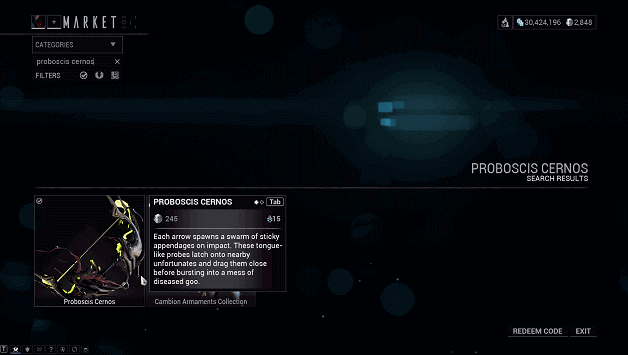 How To Get Proboscis Cernos Blueprint?

You may purchase the Proboscis Cernos Blueprint from the market for 30,000 Credits and may complete it using a Mutalist Cernos and other resources.

Additionally, instead of building a Proboscis Cernos, you can purchase an already built one for 245 Platinum from the market.

After getting Proboscis Cernos, you may be wondering about it’s builds. In this Proboscis Cernos build guide, we’ve covered some of the effective builds. Do read our guide.

The following resources are required to craft the Proboscis Cernos:

The Proboscis Cernos has an effect similar to one Nidus’ Larva ability combined with the Larva Burst Augment without the holding effects.

To simply put it, each arrow fired creates a small area that pulls everything nearby into it to finish them off with a blast, dealing damage and possibly applying Status Effects.

Regardless of what level of enemy you are facing, the damage alone from the attacks is enough to kill most enemies and when fully modded, this weapon can annihilate groups.