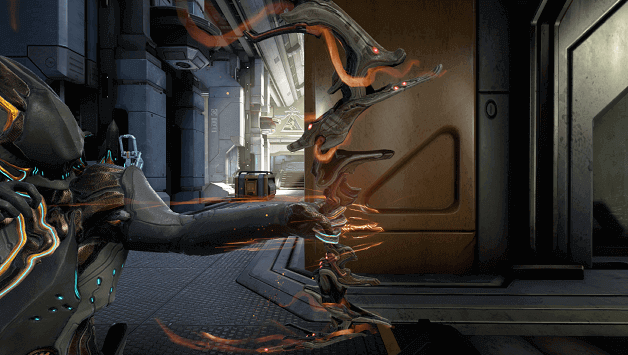 “Hunhow’s gift, carved from the bones of his kin. Shots can be charged and held; release them just before the full charge for maximum effect.”

Nataruk, a bow that existed long ago made from the remains of Sentient beings, sports an unlimited supply of energy that it uses as ammunition.

The Nataruk has the unique ability to charge shots, making them more effective than standard shots but perfect shots are the best.

Perfect shots must be timed and released at a specific point when charging to deal increased damage with higher Critical Chance, Critical Damage, and Status Chance. 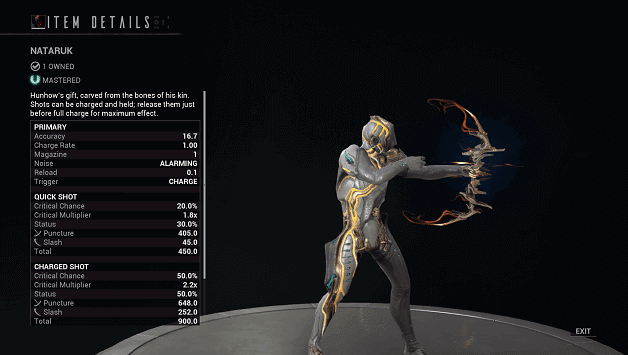 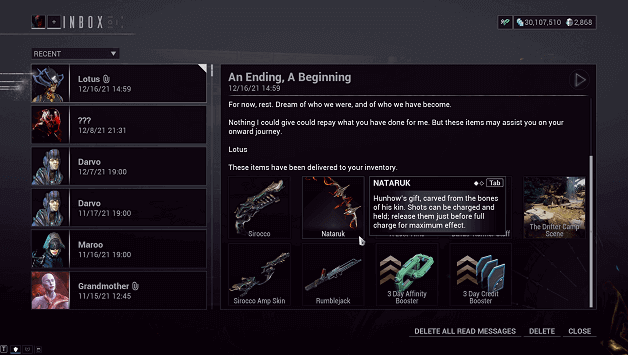 How To Get Nataruk Blueprint?

The Nataruk is obtained as you progress through The New War quest and is given to you during the story as you play as The Drifter.

Upon completing The New War, the Lotus will reward you with several items used by The Drifter, including Nataruk.

You will be able to find the Nataruk already in your inventory and may equip it once you have completed The New War.

After getting Nataruk, you may be wondering about it’s builds. In this Nataruk build guide, we’ve covered some of the high damage builds. Do read our guide.

On its own, Nataruk is a very powerful weapon, being one that was capable of taking down Archons during The New War.

There is a multitude of builds that can make good use of the charging mechanics of this powerful bow and many ways to have fun with it.

Certain Warframe abilities may be used to further exploit the power of this bow to empower its shots, control its projectiles, and more, creativity is unlimited.