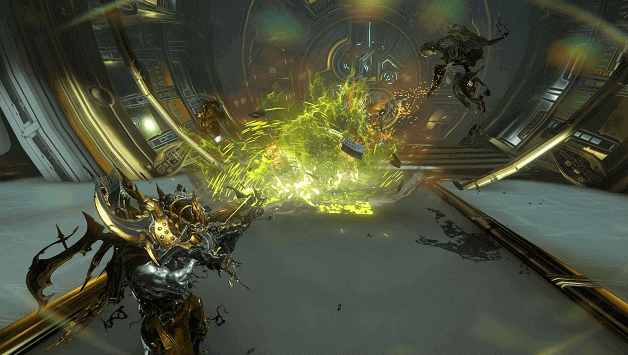 The Proboscis Cernos is an upgraded version of the Mutalist Cernos, requiring one to be crafted and having a new explosive effect upon projectile impact.

Firing arrows from the Proboscis Cernos will cause the area of impact to pull enemies towards it, resulting in an explosion after a short period. 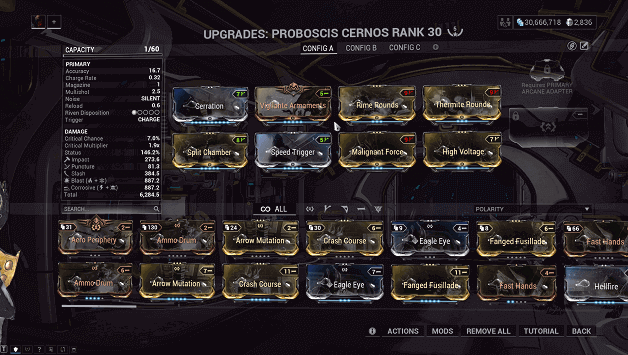 With the Proboscis Cernos being amongst one of the highest Status Chance weapons, it is capable of reaching over 100% Status Chance.

This allows us to take advantage of a Status Chance build to guarantee that targets are inflicted with Status Effects, that is if they survive the initial shot or blast.

The initial hit of the weapon is capable of dealing Status Effects and so is the explosion after the projectile hits, making it easy to damage and infect multiple targets.

Explosion damage from the Proboscis Cernos is not limited to its natural Viral Damage and it gains more Elemental Damage based on the mods added. 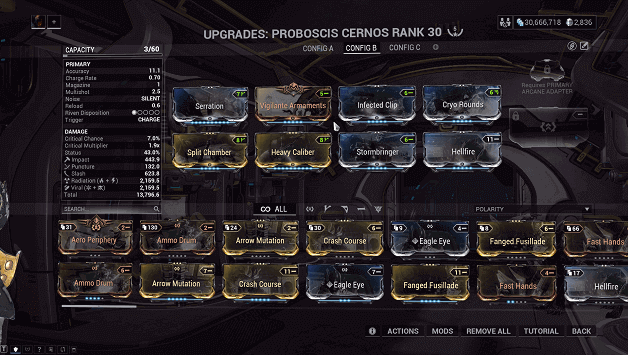 Nothing can destroy an enemy more than multiple sources of damage along with a chance of Status Effects to occur and that is what this Pure Damage Build can do.

While this build is meant to deal damage based on the total damage of the build, there is a High Chance that enemies will still become inflicted with Status Effects.

This build is excellent for dealing massive amounts of damage to tear up a group or to make use of the explosion damage when taking on stronger foes. 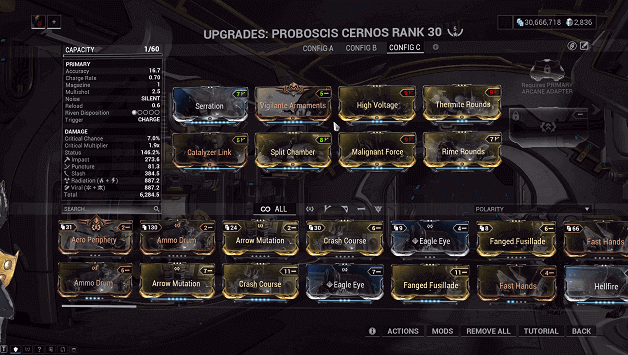 More of an unforgiving build, the Proboscis Cernos Catalyzer Link Build is meant to cause mayhem by overloading enemies with Status Effects.

This makes a good combo for those who love Status Builds with melee weapons who also use Condition Overload since it deals more damage to inflicted enemies.

With a base Status Chance of 146.2%, it is guaranteed to inflict Status Effects but with Catalyzer Link you get an additional 60% Status Chance after casting an ability.

This makes it also perfect with Warframe abilities, weakening enemies, damaging them over time, and more.