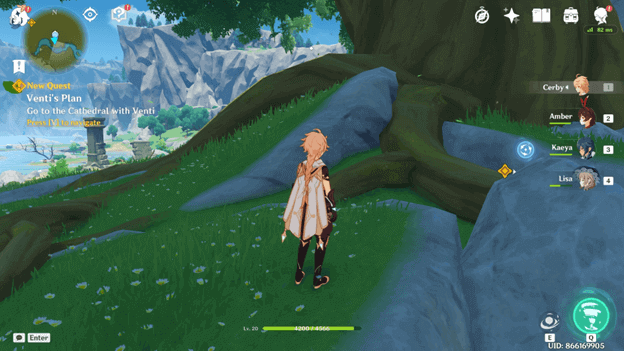 Since Venti’s previous attempt to cleanse Dvalin’s curse had failed, which most likely had you to do with it because of your interruption, he needs to find another way.

He believes that a certain Holy Lyre der Himmel has the power to restore Dvalin to his proper state but he will first need to get it from the cathedral in Mondstadt.

You will need to accompany Venti during this quest as he claims the lyre from the cathedral but it seems things won’t be that easy.

How To Get Venti’s Plan Quest?

Venti’s Plan is the fifth quest in the Prologue Act II which is started once you have finished Let the Wind Lead quest. It continues after you have just fended off an Eye of the Storm and are about to set off to accompany Venti to the cathedral. 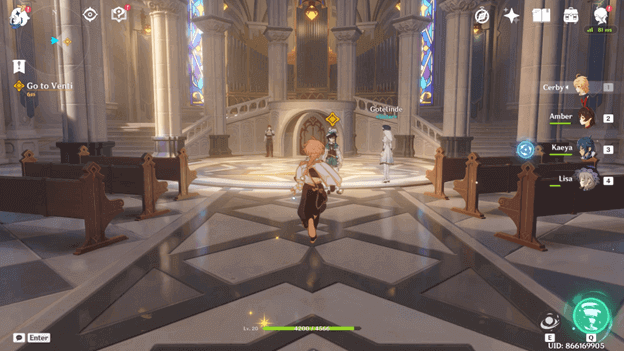 1) Go to the Cathedral with Venti

The quest starts where you left off during the Let the Wind Lead quest, where you are to accompany Venti to the cathedral.

You will need to meet up with Venti, who will already be out in front of the cathedral waiting for your arrival.

Once you reach Venti, you will need to talk to him before the both of you make your way into the cathedral.

As you speak to Venti, he mentions that the Holy Lyre der Himmel is one of the most treasured items in Mondsadt, which was used by Barbatos the Anemo god.

Venti will go ahead of you and make his way into the cathedral and you will need to follow and catch up to him.

He will be near one of the cathedral sisters and will attempt to talk to her in persuading her to lend him the lyre. 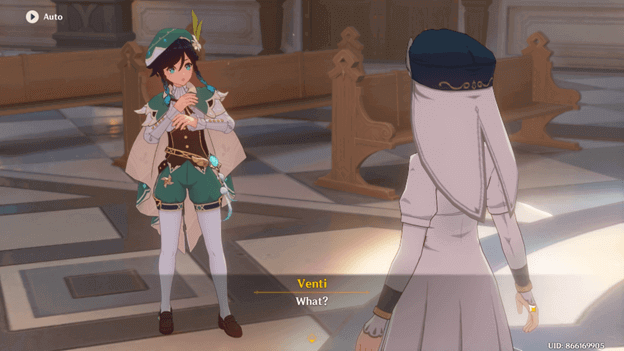 As Venti attempts to borrow the lyre, the sister, known as Gotelinde instantly refuses and asks him to leave, denying him of his request.

After Venti has failed to persuade Gotelinde, it seems he still got the information that he needed, which is that the lyre is indeed within the cathedral.

Now that Venti has tried and failed, he says that you should give it a shot as he thinks being a Knight of Favonius may make a difference.

5) Talk to the Sister

Approach Gotelinde and talk to her and a dialogue will begin but still, she will not approve unless you have all the required documents, which of course you do not have.

After you have completed the Venti’s Plan quest, you will receive Adventure EXP, Character EXP, Mora, and other rewards. 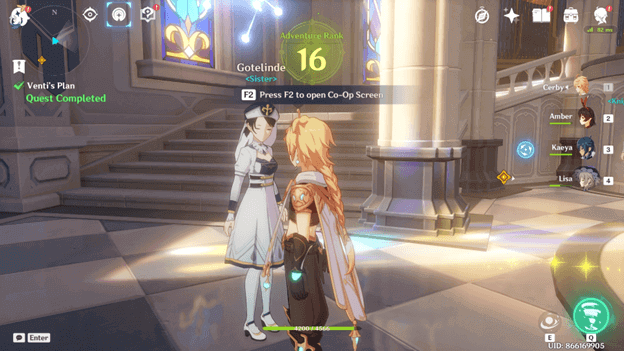 It appears that Venti seems to have overlooked the situation and the Holy Lyre der Himmel will not be so easy to obtain after all.

With the lack of all the required documents needed for you to borrow the lyre from the cathedral, it looks like Venti will need to come up with a new plan.

Venti is still determined and still has something up his sleeve since obtaining the lyre is of extreme priority to him.