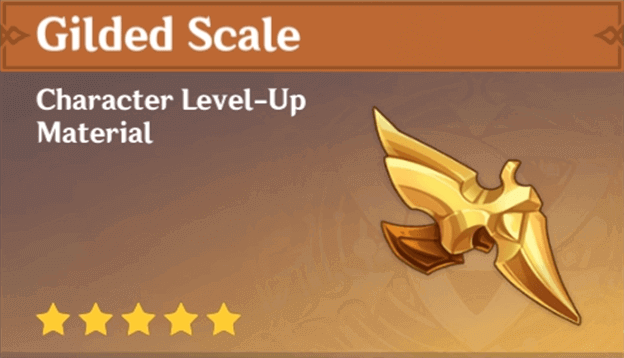 The Gilded Scale is one of the rare materials that are needed to improve the talents of some characters beyond certain levels.

Obtaining Gilded Scale will not be that easy though, because you will need to face off against a powerful enemy to obtain it.

Where to Get Gilded Scale?

Gilded Scale is obtainable from the Beneath the Dragon-Queller domain, which is where you will need to fight a boss named Azhdaha.

Azhdaha is first encountered during Zhongli’s Story Quest and later becomes a boss you can challenge at a domain that unlocks after.

How to Get Gilded Scale? 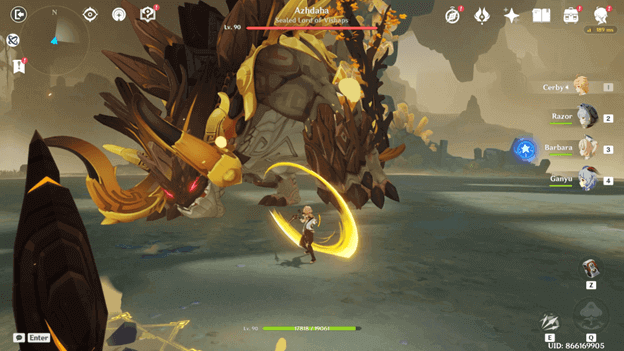 Azhdaha is very powerful, which is obvious by its size and the fact that it is a dragon that has been imprisoned for a long time.

You will need to bring a powerful party with you, and it would be a good idea to also have a healer to increase your chances of surviving.

The use of food items for buffs would make things much easier as things may get a little rough when fighting Azhdaha.

Azhdaha will come at you with a lot of area-of-effect attacks but most of these can easily be dodged with the right timing.

Once Azhdaha has been defeated, a Trounce Blossom will appear, and you will be able to obtain rewards for defeating him.

Gilded Scales are required when it comes to leveling up the talents of specific characters beyond level 6 to make them more efficient.

Aside from being used for upgrading talents, you may also convert Gilded Scales into Dragon Lord’s Crown or Bloodjade Branch with the use of Dream Solvent.

Characters That Use Gilded Scale

As of now, there are 3 characters in Genshin Impact that will require Gilded Scale to upgrade their talents.

The following require Gilded Scale to upgrade their talents:

Azhdaha is very powerful, and his large health pool makes him a bit difficult to defeat, which is important that you make use of elemental reactions.

Defeating this boss is easy once you get used to his attack patterns and conserve your stamina to dodge most of his attacks.

The Trounce Blossom will require Original Resin which will be either 30 or 60 depending on how many bosses you have already obtained rewards from.