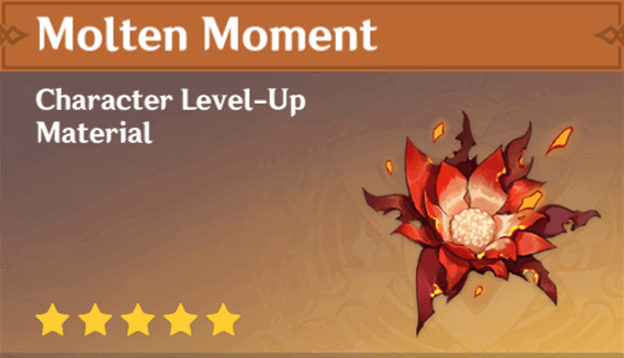 Your character’s talents can be improved to a certain point but eventually, higher levels will require items that are more difficult to obtain.

One of these items is the Molten Moment, which can be obtained by defeating a powerful boss that becomes available once you have progressed in Inazuma.

Molten Fragment is obtainable by chance, which requires you will need to grind a bit before you can get your hands on a lot.

How to Get Molten Moment?

Molten Moment is obtainable as one of the rewards from opening the Trounce Blossom after defeating La Signora.

She can be fought in the Narukami Island: Tenshukaku domain, which is later available when you reach and progress in Inazuma. 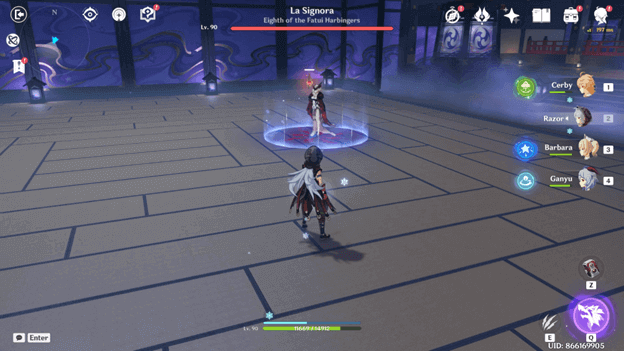 The Narakumi island: Tenshukaku domain allows you to fight La Signora once more just as you did when you faced her in an Archon Quest.

You will need to keep yourself safe from not only her attacks but also the temperature which is cold in the first phase and extremely hot during the second.

To defeat her, you will need to dish out as much damage as you can until each phase is done and her health is depleted.

Once this happens, a Trounce Blossom will appear and you can open it to get rewards, which may sometimes have a Molten Moment.

The Trounce Blossom will require 30 or 60 Original Resin, which depends on if you have already used up your weekly discounts.

Molten Moment is required for certain characters to progress their talents beyond level 6 and will be needed in specific amounts.

Aside from being used to upgrade talents, Molten Moment may also be converted into Hellfire Butterfly or Ashen Heart with the use of Dream Solvent.

Characters That Use Molten Moment

As of now, 3 characters in Genshin Impact will require Molten Moment to upgrade their talents.

The following require Molten Moment to upgrade its talents:

The battle against La Signora can be difficult at times but the rewards are very much worth the hassle of fighting her now and then.

Since you can only collect rewards from her once a week, it is best to make sure you fight her to have a chance at obtaining Molten Moment.

It is best to have a healer in your group and the use of items that provide buffs can increase your chances of success greatly.