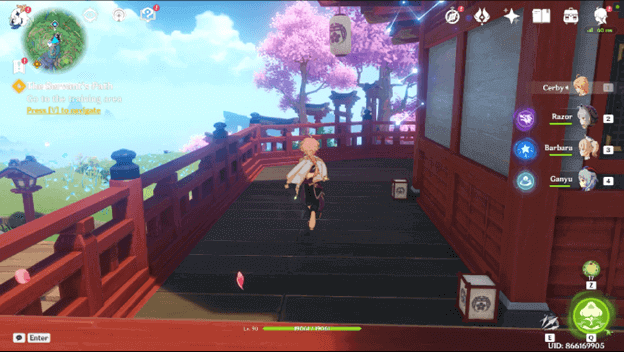 Previously you passed out after being caught in Scaramouche’s trap during your infiltration of the Delusion Factory.

Upon passing out, you caught a glimpse of Yae Miko, who later on appeared to have saved your life but doesn’t tell you how.

Focusing on more challenging things, Yae Miko decides it is time to prepare you to face the Raiden Shogun properly this time.

How To Get The Servant’s Path Archon Quest?

The Servant’s Path becomes available after you have previously completed the Delusion quest, where you were recently knocked out. 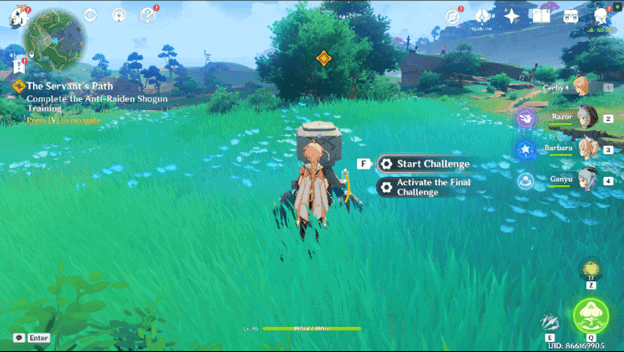 1) Go to the Training Area

Head over to the Konda Village by gliding from the Narukami Shrine and follow the yellow objective marker until you reach the training mechanism.

Once the mechanism has been activated, it will begin to do certain attacks and you will need to avoid getting hit too many times.

You can either move out of the way, dodge on time, or use your elemental burst to avoid getting hit by the attacks.

Once you have completed the first phase of the challenge, you will return to Yae Miko to talk to her about the next step.

4) Complete the Next Phase of Your Anti-Raiden Shogun Training

During the next phase, you will not only need to dodge the attacks from the mechanism but you will also have to defeat all the enemies that attack you.

After you have completed the training, make your way back to Yae Miko and speak with her, completing your training.

Speak with Yae Miko and another cutscene will begin where she tells you about your plan and gives you a quick briefing.

Yae Miko will reveal that she has a plan that can prove quite useful later on, which may even save you during your fight against the Raiden Shogun.

After you have completed the Servant’s Path quest, you will receive Adventure EXP, and Mora. 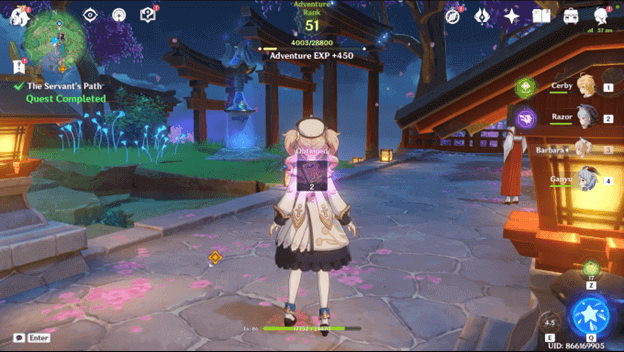 Your previous run-in with the Raiden Shogun was a tough battle and you were caught off guard and almost fell.

This time, you have Yae Miko to thank for the preparation that she set out to get you familiarized with playing safe against the Raiden Shogun.

Now that the training is complete, it looks like you’re a bit more ready to face off against the Raiden Shogun once more.