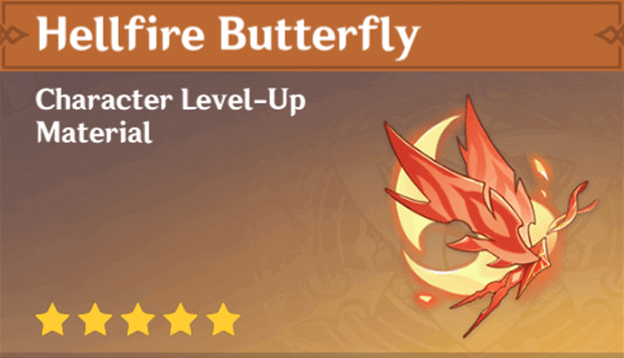 Sometimes boosting the powers of your characters requires a lot of grinding and one of the items needed is the Hellfire Butterfly.

The Hellfire Butterfly is one of the late-game items that you need in Genshin Impact to advance the talents of certain characters.

While this may be needed in certain amounts, you will need to go through a tough fight to have a chance of obtaining it.

How to Get Hellfire Butterfly?

You can get Hellfire Butterfly by chance when you defeat La Signora, who can be fought at the Narukami Island: Tenshukaku domain on Inazuma.

This domain becomes available after you have progressed through Archon Quests later when you have reached Inazuma. 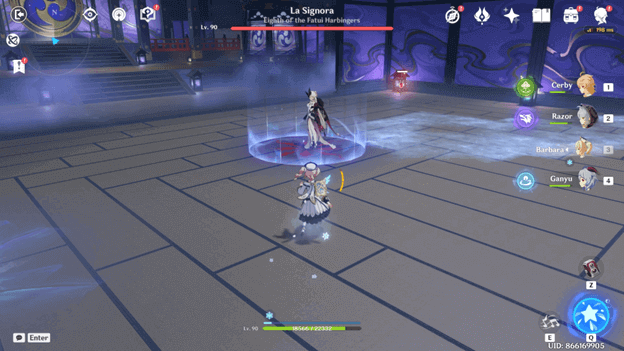 Fighting La Signora can be quite difficult, especially when your characters are not properly equipped with the right artifacts.

She mainly deals Cryo and Pyro attacks depending on which phase you are in, which requires you to avoid letting their meters accumulate.

The best way to fight La Signora is to remain near the crystals in each corner and destroy them if needed to reset the temperature bars.

Once La Signora has been defeated, you will be able to interact with a Trounce Blossom that will contain various rewards.

Among the rewards you can get from the Trounce Blossom, Hellfire Butterfly may be one of them.

You can use Hellfire Butterfly to level up the talents of 3 different characters in the game, allowing you to progress them beyond level 6.

Aside from being used as a Character-Level Up Material, you can also convert Hellfire Butterfly into Molten Moment or Ashen Heart with the use of Dream Solvent.

Characters That Use Hellfire Butterfly

As of now, there are 3 characters in Genshin Impact that will require Hellfire Butterfly to upgrade their talents.

The following require Hellfire Butterfly to upgrade their talents:

While La Signora can be quite difficult to fight for some players, eventually you will be able to defeat her as long as you get used to her attack patterns.

It is best to remain near the corners and avoid destroying the crystals too early as well as it is good to keep in mind that a healer character is very useful.

The Trounce Blossom rewards will require that you have 30 or 60 Original Resin depending on if you have used up your weekly discount limit.

How to Get Dvalin’s Claw in Genshin Impact