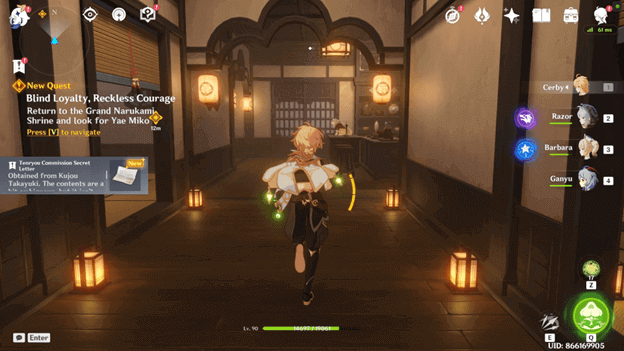 Once you have managed to acquire the necessary evidence in the Proof of Guilt quest, you will now go back to Grand Narukami Shrine to give the evidence to Yae Miko.

During this quest, you will follow Kujou Sara to accompany her to the Tenryou Commission Headquarters to confront Kujou Takayuki.

Soon you will need to enter a new domain that pits you against the Tenryou Guards as you search for Kujou Takayuki to find out who a certain betrayer may be.

How To Get Blind Loyalty, Reckless Courage?

You will obtain the Blind Loyalty, Reckless Courage quest once you have completed the Proof of Guilt quest. 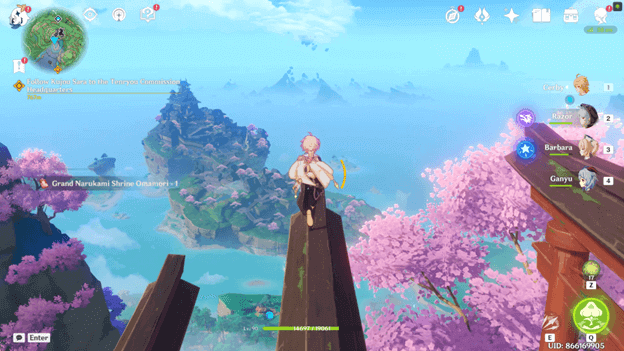 Exit the Komore Teahouse and use the Teleport Waypoint to Grand Narukami Shrine where you will need to watch a cutscene.

Yae Miko asks you to give the evidence to Kujou Sara so she can analyze it herself, which later reveals it has the official seal of the Kujou clan Seal.

After Kujou Sara quickly leaves, Yae Miko will talk to you and she will give you something that will help you once you face Raiden Shogun.

Use the Teleport Waypoint to go back to Inazuma City and behind the waypoint, you will see Kujou Sara standing at the entrance of the Tenryou Commission Headquarters.

Once Kujou Sara allows you to come along to confront Kujou Takayuki, you need to continue inside until you reach the entrance of a Domain.

In this domain, you can use Kujou Sara in your party as she becomes available as a trial character until it has been completed.

The enemies consist of Commission Guard reinforcements and Internal Affairs Head, who you have to defeat to progress.

After you defeat them, a cutscene will begin where Kujou Takayuki will come out from hiding and Kujou Sara will show him the documents.

Instantly, Kujou Takayuki admits that these are true and the Tenryou Commission has been betraying the Shogunate by working alongside the Fatui.

After the cutscene is finished, the quest will come to an end.

After you have completed the Blind Loyalty, Reckless Courage quest, you will receive Adventure EXP, and Mora. 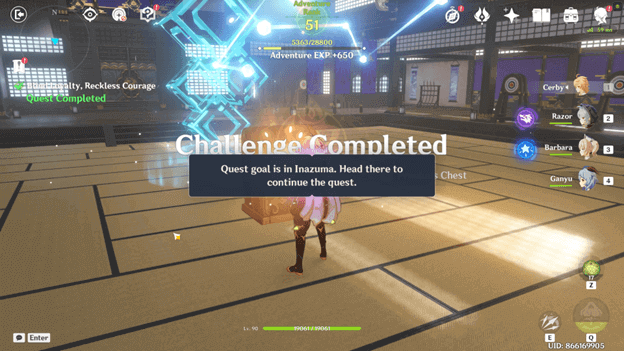 Finally, you entered the Tenryou Headquarters and talked to Kujou Takayuki and you found out that Signora was the one being everything.

Kujou Sara was upset when she discovered the secret that the Tenryou Commission was hiding, and she immediately went to the location of the Raiden Shogun.

It seems that things are stirring up quite a bit and some allies may soon become enemies due to the secrets being exposed.