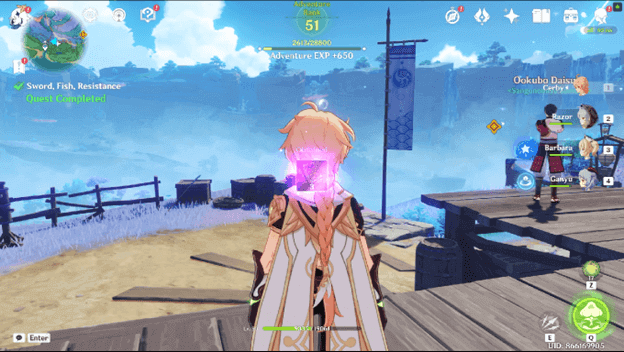 After you prove the position given to you by Sangonomiya Kokomi, she will give you a new assignment where you investigate the ancient ruins.

It looks like there are locations that need to be investigated and this may be an easy task, but it still requires your attention.

Something strange seems to be happening in your area that cannot be explained, and you have been tasked to find out what is going on.

How To Get Those Who Yearn for the Gods’ Gaze?

You will obtain Those Who Yearn for the God’s Gaze quest once you have completed the first quest of Chapter 2 Act 4 which is the Sword, Fish, Resistance quest.

Those Who Yearn for the Gods’ Gaze Quest Objectives 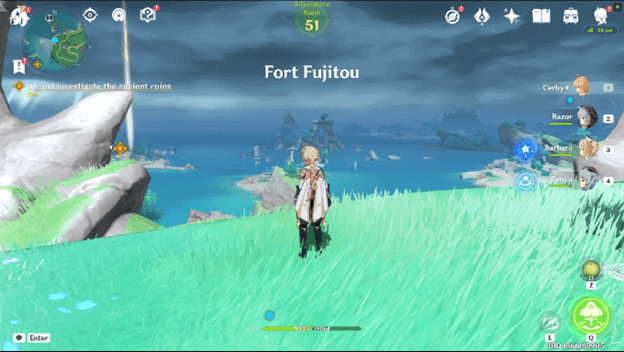 1) Go and Investigate the Ancient Ruins

After Teppei left to start his special assignment, you were assigned to go to ancient ruins, Head over to one of the small islands east of High Village.

Continue following the waypoint until you reach the Electro Monuments, which need you to use an Electro character to activate them.

Once the Electro monuments are activated, a Thunderhelm Lawachurl will suddenly appear, and you must defeat it.

After you defeat the Thunderhelm Lawachurl, Paimon will tell you that she has a different fear while here in the ancient ruins.

A cutscene begins where you will find out that something has changed as Teppei has gotten weaker for some reason.

5) Return to Headquarters and Talk to Sangonomiya Kokomi

Return to Sangonomiya Shrine and speak with Kokomi and Goru, you’ll come to know that some of the Resistance Soldiers are suddenly aging very quickly.

When they ask you if you know anything about it, it is later revealed that it is the work of Fatui with the distribution of their Delusions.

After the cutscene, you will need to find Teppei, who can be found at Bourou village (marked by a waypoint) to speak with him.

The cutscene later ends with Teppei being very weak and the Traveler rushing off in a hurry to find a way to save him.

Those Who Yearn for the God’s Gaze Rewards

After you have completed Those Yearn for the God’s Gaze quest, you will receive Adventure EXP, and Mora. 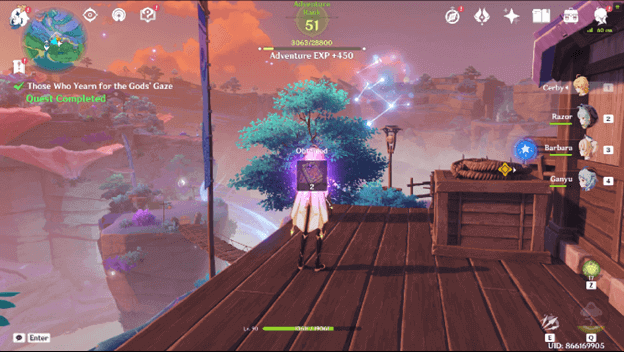 It turns out that what the soldiers thought would be helpful may have contributed to their downfall.

The Fatui turn out to be distributing Delusions, which grant special abilities to those who wield them at a dire cost.

Now with you fresh on the trail, it looks like it will be the time to figure out where all the Delusions are coming from and how to stop them.