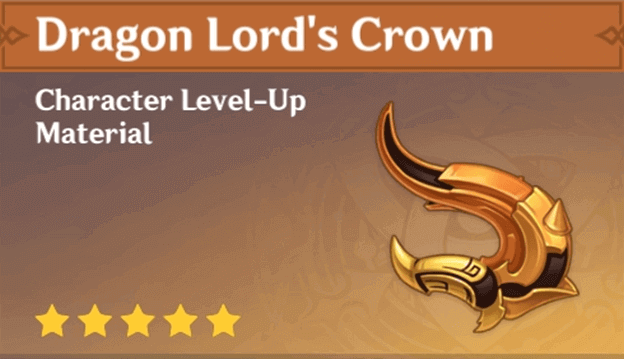 Not all characters in Genshin Impact can easily become stronger unless you are willing to face some of the fiercest enemies in the game.

An item known as the Dragon Lord’s Crown is necessary to improve certain talents of specific characters in the game.

This specific item is a 5-star Character Level-Up Material that is only obtainable by defeating a powerful boss that is unlocked later in the game.

Where to Get Dragon Lord’s Crown?

Dragon Lord’s Crown may be obtained by defeating Azhdaha, Sealed Lord of Vishaps, a boss that is unlocked during Zhongli’s Story Quest. This enemy can be fought again later in its domain, Beneath the Dragon-Queller, which is at the base of Mt. Hulao.

How to Get Dragon Lord’s Crown? 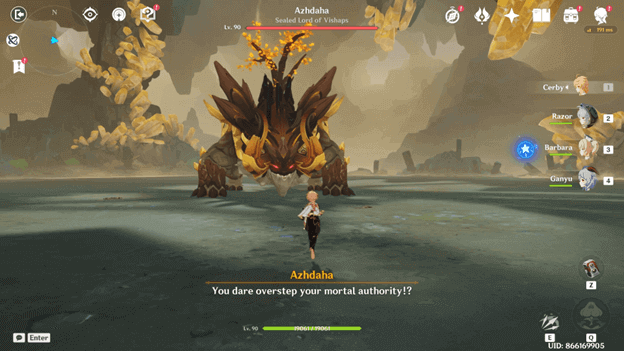 To obtain Dragon Lord’s Crown, you will need to enter the domain and defeat Azdaha, who can be quite fierce for those who are not prepared.

Using items to gain buffs is a good idea and bringing a character that can heal your party is a wise move if you want to survive.

Azhdaha can switch to different elements, and it is important to always obtain the shield that he drops to avoid taking damage.

Once you have defeated this boss, a Trounce Blossom will appear and you can obtain rewards from it, which may include a Dragon Lord’s Crown.

The Dragon Lord’s Crown is used for the upgrading of the talents of certain characters, but it can also be used for conversion.

You may convert Dragon Lord’s Crown into Bloodjade Branch or Gilded Scale by using Dream Solvent.

Characters That Use Dragon Lord’s Crown

There are 3 characters that require Dragon Lord’s Crown when it comes to upgrading some of their talents.

The following require Dragon Lord’s Crown for their talents:

While Azhdaha may be a powerful opponent, the right combination of characters will be enough to take him down within a good amount of time.

Keep in mind that he does deal different elemental damage when he absorbs it, which makes it important to obtain the shield he drops.

Obtaining the rewards will require 30 or 60 Original Resin depending on how many boss fights you have already received rewards from.