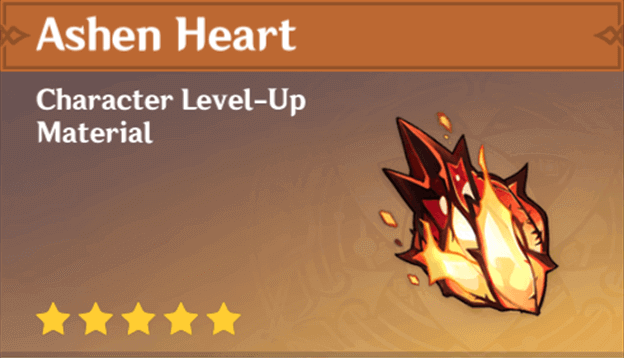 If you’re looking for a way to improve the talents of certain characters in Genshin Impact, Ashen Heart is mainly one of them.

This is an important material used later when your characters have been strengthened quite a bit and need to be pushed further.

Ashen Heart is obtainable in only one way, which is to face off against a powerful boss, who has a chance of rewarding it.

How to Get Ashen Heart?

Ashen Heart is a drop that can be obtained when you defeat La Signora and open a Trounce Blossom for rewards.

La Signora becomes available to fight in the Narukami Island: Tenshukaku domain once you have progressed with the Archon Quest in Inazuma. 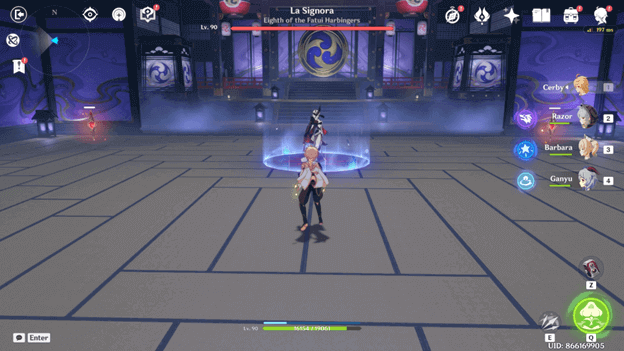 The fight against La Signora is the same as how it is during the Archon Quest and this can be farmed once a week to get your chance at obtaining Ashen Heart.

La Signora will come at you with different attacks but these are mainly Cryo in the first phase while it later becomes Pyro in the second.

Bringing a character that can heal your team is vital in fighting La Signora as she can attack you with different abilities and because of the temperature of the arena.

Once you have defeated La Signora, you will be able to interact with a Trounce Blossom that will give various rewards.

The rewards will be different every time, but there is a good chance for you to obtain Ashen Heart with higher difficulties.

Ashen Heart is used to upgrade the talents of 3 specific characters in Genshin Impact, one of these being a 5-star character.

Aside from being used to upgrade talents, Ashen Heart is also used when crafting Hellfire Butterfly as well as Molten Moment.

Characters That Use Ashen Heart

As of now, 3 characters in Genshin Impact will require Ashen Heart to upgrade their talents.

The following require Ashen Heart to upgrade its talents:

The Trounce Blossom only becomes available in the arena once you have defeated La Signora and have a certain chance to drop Ashen Heart.

While this is only available once a week, the chances of obtaining Ashen Heart and other rare drops from La Signora are very good.

Keep in mind that you will need 30 Original Resin to obtain the rewards or 60 if you have already used up the weekly boss discount limit.

How to Get Quelled Creeper in Genshin Impact