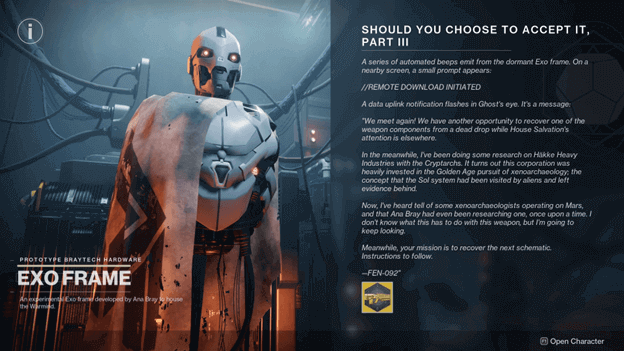 Week 6 of the Season of the Seraph introduced yet another exotic quest that involves the Revision Zero, which allows you to obtain another catalyst for it.

Once again there is another schematic that can be found but this requires you to retrace your steps back to Seraph Station.

Upon completing this quest, you will be able to further modify the Revision Zero to modify it to suit your tastes.

How to Get Should You Choose To Accept It Part 3 Quest?

Should You Choose To Accept It Part 3 became available during Week 6 of the Season of the Seraph and is obtainable from the Exo Frame. This will require that you have progressed with the season and have already obtained the Revision Zero as it is tied to the weapon.

Should You Choose To Accept It Part 3 Quest Steps 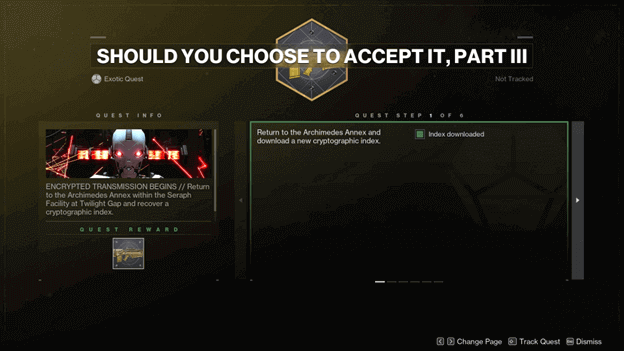 Step 1: Return to the Archimedes Annex and Download a New Cryptographic Index

Once again, you will be heading back to the Archimedes Annex, where you will need to download a new cryptographic index to be used later.

Step 2: Travel to the EDZ For Further Instructions

Your next steps will be revealed once you arrive at the European Dead Zone and you will need to travel to the said destination.

Step 3: Decrypt the Passcode Cipher by Completing Patrols and Defeating Combatants in the EDZ

You will need to do Patrols and defeat enemies in the EDZ for this to progress to 100%, which can be faster if you mix patrols in your tasks.

You can still stick with roaming and defeating enemies or repeating Lost Sectors in the EDZ until it is completed though. 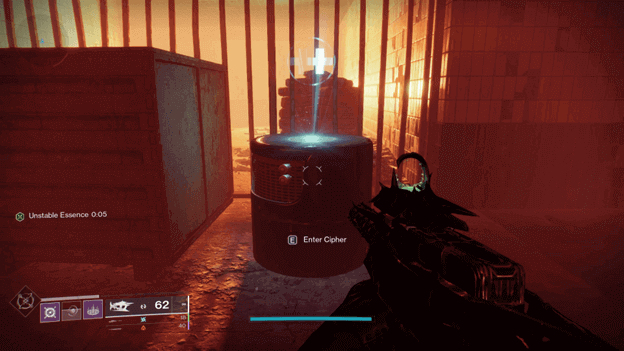 Step 4: Locate the Dead Drop in the Terminus East Lost Sector of Trostland, and Upload the Cipher

The Terminus East Lost Sector can be found in Trostland and the Dead Drop can be found just near the exit from where you defeat the boss.

Interacting with the dead drop with the “Enter Cipher” option will allow you to complete this quest step. 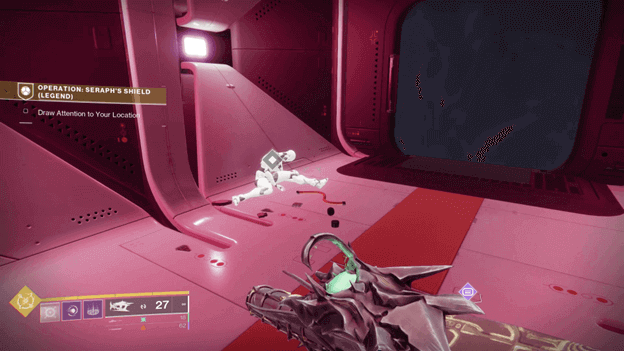 Your next step will be to do the Operation: Seraph’s Shield mission again on Legend difficulty, where you will need to find another Dead Exo.

The Dead Exo can be located in the large room where you first fight Haroktha, just to the side after you go right and head straight.

Keep in mind that you will need to stay on the mission as the next quest step requires that you complete it.

After you have recovered the schematic from the Dead Exo, your last task will be to complete the mission, which will finish the quest.

Should You Choose To Accept It Part 3 Rewards

After completing this Exotic Quest, you will be rewarded with Hunter’s Trace IV and Outlaw Refit, which can be used to modify Revision Zero.

Hunter’s Trace IV is an upgrade to the previous versions while Outlaw Refit will provide the Revision Zero with increased reload speed when defeating enemies with precision hits.

Another Catalyst will now be in your hands and this time you have the Outlaw Refit, a perfect addition to those who tend to defeat enemies with accurate shots.

The newly added Hunter’s Trace IV can be equipped on the Revision Zero, providing it with even better efficiency.

While this is not the last upgrade available, it certainly is a very helpful one and can make the Revision Zero a deadlier weapon to have.