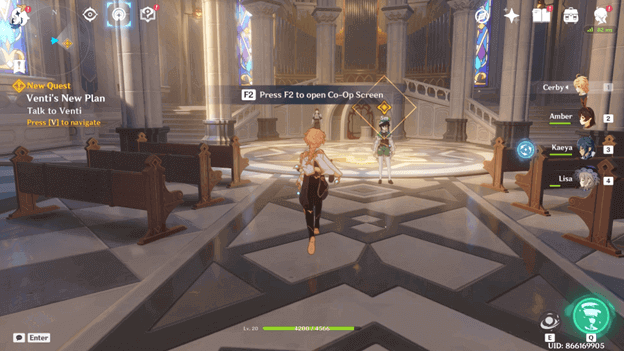 Venti had previously planned on persuading the sister into lending him the Holy Lyre but this plan did not work at all.

While his first attempt has failed, he still has a backup plan but this time he will greatly need you to get involved in it.

Since asking to borrow the Holy Lyre did not work out, Venti has something more drastic in mind, which may not bode well for you.

How To Get Venti’s New Plan Quest?

Venti’s New Plan is a quest that acts as a backup to his failed plan during the Venti’s Plan quest, which still has him determined to obtain the Holy Lyre. This quest is the sixth part of the Prologue Act II – For a Tomorrow Without Tears and involves more than just talking this time. 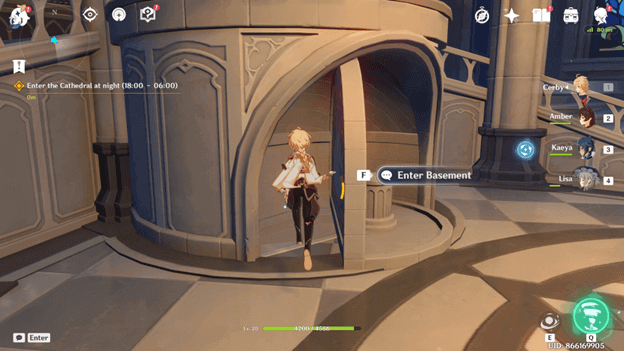 Now that the first plan of action has failed, you will need to talk to Venti who will be waiting in the cathedral.

Approach Venti and speak with him to start the dialogue where he will explain that you will need to steal the Holy Lyre.

After speaking with Venti, he will have mentioned that the guards will seem a bit off duty during the night and this requires you to come back at that time.

You simply need to open your Paimon Menu and advance the time somewhere between 18:00 and 6:00 to activate the quest step.

Once it is nighttime, you will need to approach the stairs at the end and enter the basement, which is where the Holy Lyre will be.

3) Infiltrate the Basement and Obtain the Holy Lyre Der Himmel

This part of the quest involves more stealth and there will be guards roaming who will catch you if they spot you for too long.

You will be able to sneak around to hide behind objects and need to do this in order to avoid being seen by the guards.

Use the cover in the area by crouching near them and make your way toward the waypoint, which marks the location of the Holy Lyre.

Just as you are about to approach the Holy Lyre, a mysterious figure appears and steals it while you get caught in the wrong place at the wrong time.

You and Paimon will end up rushing out of the cathedral to make your escape from the guards who noticed the lyre is gone.

After completing the Venti’s New Plan quest, you will receive the Character EXP, Adventure EXP, and Mora in the following amounts: 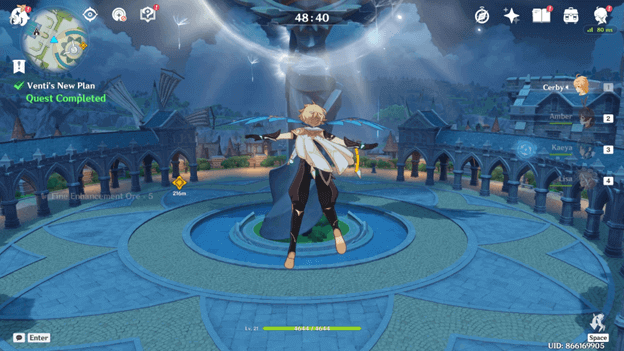 Venti’s new plan seemed to be foolproof at the time but as things seemed to almost be too good, the worst happened.

It seems that yet again Venti’s plan has failed but this time due to the interference of another party who beat you to the lyre.

Now that you have been caught by the guards, the only option is to make a run for it before you are arrested or worse.