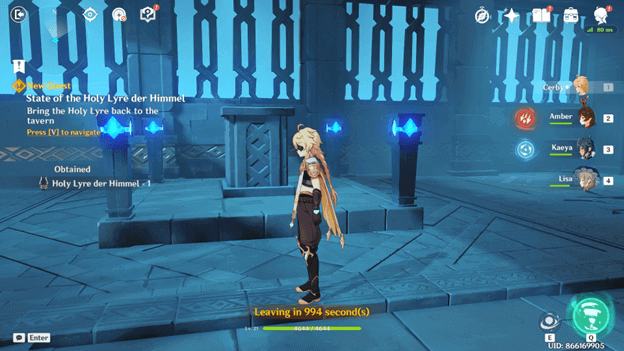 You have previously taken back the Holy Lyre from under the Fatui’s noses and will now need to bring it back to Venti.

As of now you are still in the Fatui Hideout and will need to exit before heading back to further plan what needs to be done next.

During this quest, you will be discussing with the new team that you have formed what will become of the Holy Lyre as it has not been active for some time.

How To Get State of the Holy Lyre der Himmel?

Completing the Chasing Shadows quest is the prerequisite to State of the Holy Lyre, which is a continuation of Prologue Act II – For a Tomorrow Without Tears. 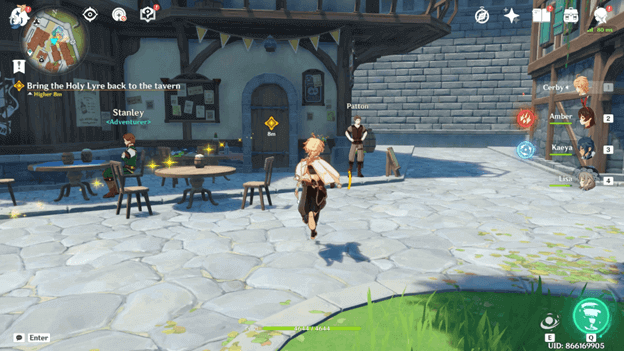 1) Bring the Holy Lyre Back to the Tavern

This quest begins right where you left off which will be in the Fatui Hideout and you will need to exit the domain before you can head back to the tavern.

Once you have exited the hideout, you can teleport back to Mondstadt and can go back inside the tavern to meet up with Venti and the others.

After entering the tavern, a cutscene will begin where Venti will check the Holy Lyre but it seems that it is no longer in good condition.

The team discusses the issue but Venti still has a plan as to how to restore its power and suggests that you use it on the Holy Lyre.

3) Use Dvalin’s Teardrop Crystal on the Holy Lyre 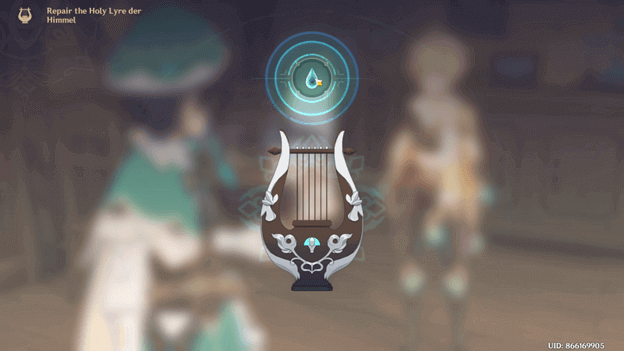 Once Venti tells you to use the teardrop on the Holy Lyre, it will appear on the screen and you will need to interact with it to do this.

After this is done, the Holy Lyre will respond to the teardrop and will have a change in its appearance, which means that Venti’s plan worked.

An option will appear at the bottom which will allow you to finish the process, returning you to the dialogue.

It appears that the Holy Lyre will no longer lose its power but Venti explains that more tears will be needed.

The team decides to set out for the other Teardrop Crystals and once the dialogue finishes, the quest will be complete.

After you have completed State of the Holy Lyre der Himmel quest, you will receive Character EXP, Adventure EXP, and Mora as well as additional rewards.

Completing this quest will unlock 3 quests that revolve around obtaining the other Teardrop Crystals, which are the following: 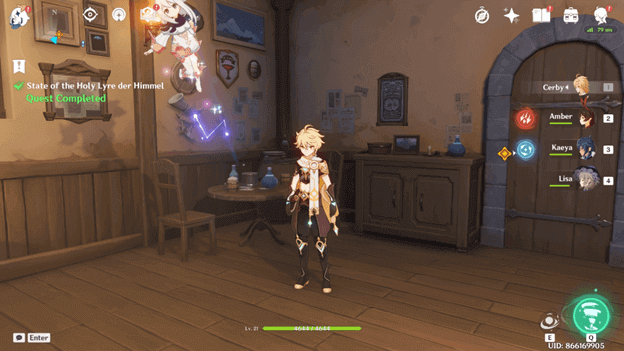 After returning from the Fatui Hideout, it seems Venti had already figured out how to restore the Holy Lyre to its former glory.

Once you had used the Purified Teardrop Crystal on the Holy Lyre, it seems to have restored it partially, which was a great start.

Now that everyone knows the Purified Teardrop Crystals are the key to fully repairing the Holy Lyre, you and the team set out to find more.