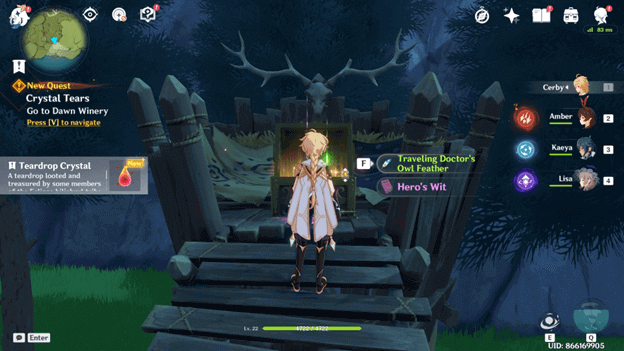 Finally, you were able to obtain all 3 Teardrop Crystals that were detected around Mondstadt after searching for each one separately.

Now you should be able to repair the Holy Lyre der Himmel with them with the guidance from Venti as you push through with your plan to save Dvalin.

With all 3 of the Teardrop Crystals in hand, it’s time for you to meet up with the rest of the team to discuss what happens next.

How To Get Crystal Tears Quest?

The Crystal Tears quest is the twelfth quest in the Prologue Act II – For a Tomorrow Without Tears and is obtained after you have completed its previous quests.

Previous quests that need to be completed are the Hidden Tears, Stolen Tears, and Fallen Tears quests, which can be done in any order. 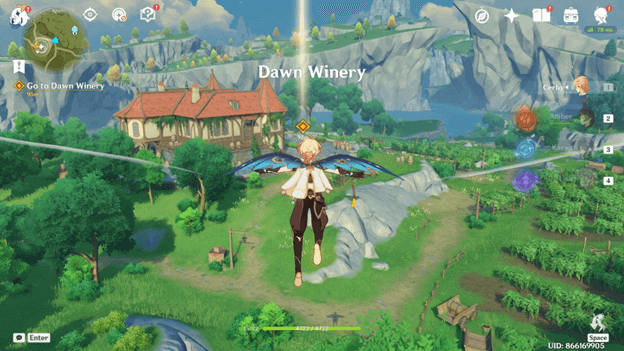 During the previous quests involving the Teardrop Crystals, you will have already obtained all 3 by now and will need to take them back to the team.

Everyone will be back at Dawn Winery which is where you will need to go to meet up with them, which you can do by teleporting to get there quickly.

You may use the Teleport Waypoint and move on foot towards Dawn Winery or the Statue of the Seven and glide your way down.

The group will be waiting for you outside and you will need to approach them and speak to Jean, which will start a dialogue cutscene.

Venti tells everyone to combine their Teardrop Crystals and afterward asks you to purify them like you previously did with the one you found during your earlier quests. 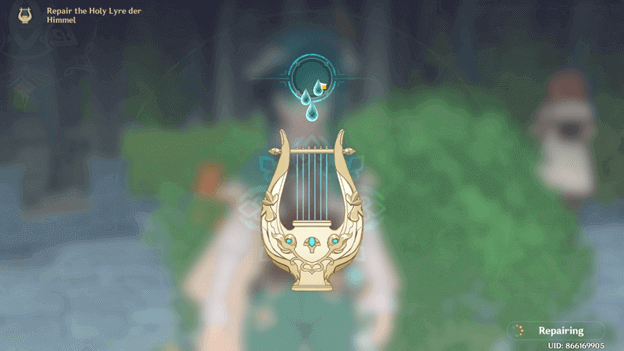 A menu labeled Repair the Holy Lyre der Himmel will appear, and you will need to interact with the purified teardrops to commence the repair progress.

After you have used the purified teardrops, the Holy Lyre der Himmel will now be repaired, and the team will be able to continue with their plan to save Dvalin.

Venti will mention that the Holy Lyre’s Anemo power has been fully restored and shortly after some dialogue the cutscene will end, completing the quest afterward.

After you have completed the Crystal Tears quest, you will receive Character EXP, Adventure EXP, and Mora. 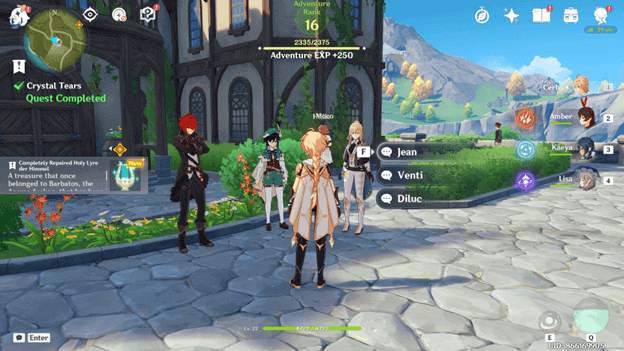 Repairing the Holy Lyre der Himmel was a success and now the team will need to find a spot where they can summon Dvalin.

Venti seems to have known where the spot would be best all along, which is at Starsnatch Cliff as it is one of the highest areas in Mondstadt.

Now the team needs to head over to the summoning spot and call Dvalin in an attempt to commune with him to save him from the corruption within.