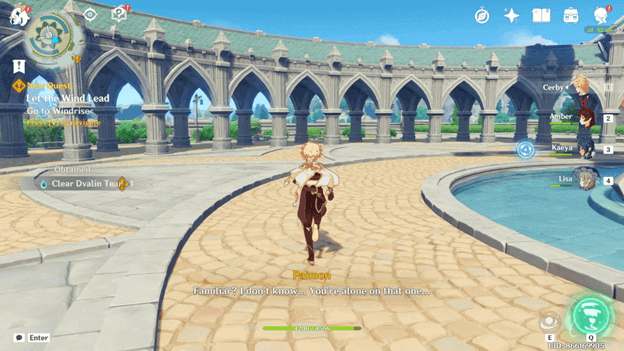 After meeting the mysterious person who was later revealed to be Venti, it is assumed that he knows a little more than expected.

You were able to purify the Crimson Crystal which was later identified as a tear from Stormterror and there is more than just one of them.

Venti seems to be busy and has run off, which leaves it up to you to once again find him to learn more about what he knows.

How To Get Let the Wind Lead Quest?

Let the Wind Lead quest is the fourth quest from the Prologue Act II – For a Tomorrow Without Tears which becomes available after The Green Fellow quest. 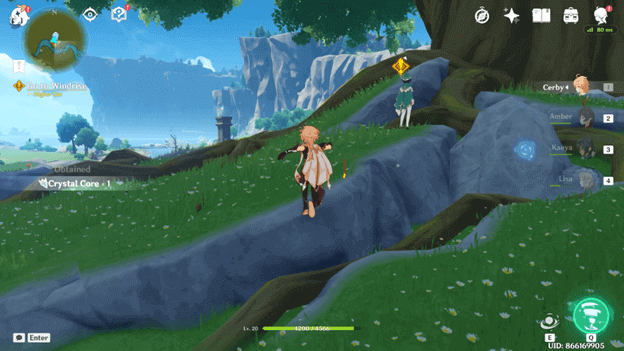 Your first step in this quest is to figure out where Venti has gone, which Paimon has already solved for you as she remembers what Venti said.

By saying he will be at the Symbol of Mondstadt’s Heroes, it turns out what he meant was the huge tree in Windrise.

You will need to head over to Windrise and head over to where Venti is, which will easily be reached using a Teleport Waypoint.

Venti seems to have expected you would follow him and begins to speak with you regarding the god of Anemo as well as the other region’s respective gods.

The conversation quickly turns to Dvalin but as you are speaking with Venti an Eye of the Storm will appear and attack. 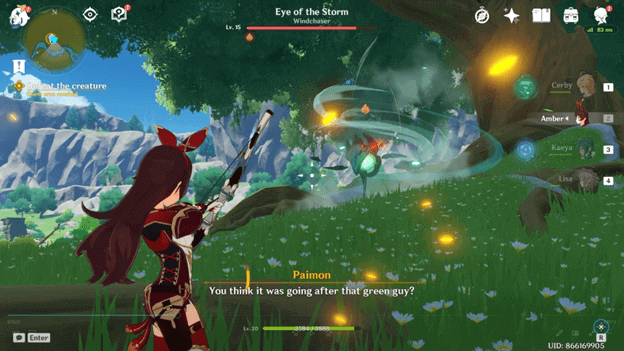 Venti stands at the side after mentioning that some are unhappy with his arrival, which refers to the Eye of the Storm that has just appeared.

Once the Eye of the Storm begins attacking, you will need to fight back and defeat it before you can continue with the quest.

After defeating the Eye of the Storm, you will need to speak with Venti once more who then explains that not only Stormterror was affected by the change in the wind.

Once again you speak about Dvalin and Venti seems to know much more than Lisa does, revealing to you how he became so crazy.

It seems that the corruption within him from the black blood has been causing this and the Abyss Order has been making it even worse.

After speaking with Venti, he will explain that he also was infected because you startled Stormterror previously when he made attempts to communicate.

As a result, he claims that you will need to make up for it by accompanying him to the cathedral in Mondstadt to claim a certain lyre.

After you have completed Let the Wind Lead quest, you will receive Adventure EXP, Character EXP, Mora, and other rewards. 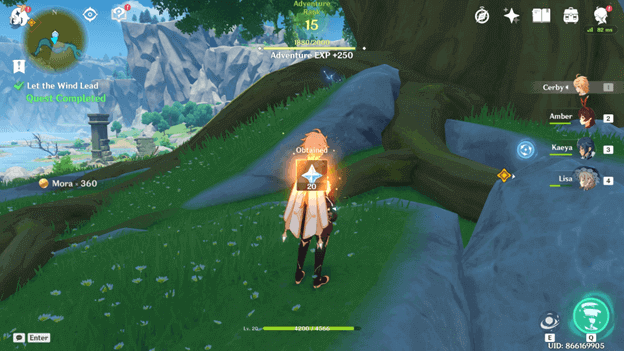 Out of nowhere an Eye of the Storm appeared which as Venti mentioned might have been due to the change in the wind.

Now that you have learned more about Venti, he also blames you in some way for interrupting his meeting with Dvalin, which caused him to get infected.

To make up for the incident in the forest, it looks like you will need to accompany Venti to the Cathedral to get a certain “Holy Lyre der Himmel.”