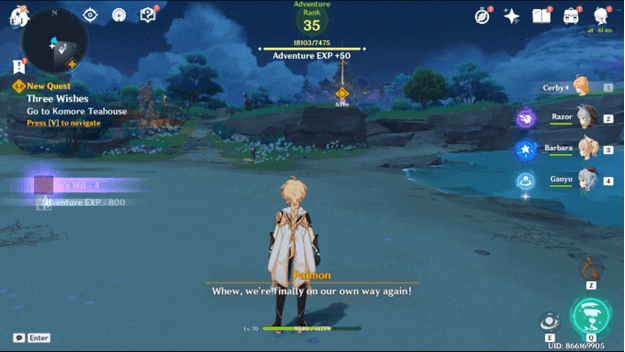 You previously found a way to leave Ritou with the help of Hiiragi Chisato and now its time you meet up with Thoma.

During this quest, Thoma will take you on a short tour of Narukami Island and tell you the story of its origins.

You will also finally meet the daughter of the Yanshiro Commission who can help you, but this will most likely be in exchange for something.

How To Get Three Wishes Quest?

The Three Wishes quest is obtained once you have gotten a way out of Ritou during the Ritou Escape Plan quest, which now lets you go further out in Inazuma. 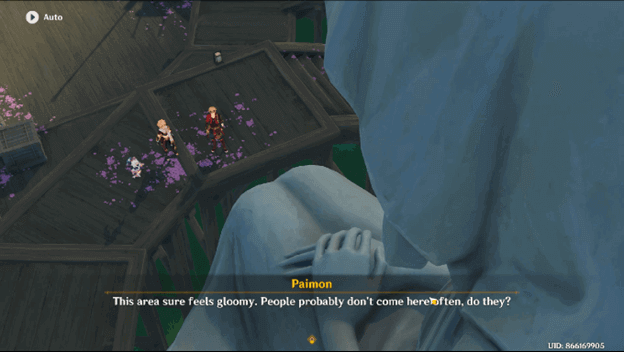 This objective starts off with you needing to go and see Thoma in Komore Teahouse on Narukami Island.

Head southeast until you reach the yellow objective marker, which is in the Komore Teahouse, once you are there at the entrance a cutscene will play.

You will be speaking to the Shop Assistant Kozue, and she will claim that you have snuck into their nation.

Suddenly you will present the letter Thoma gave you and she will recognize the Yashiro Seal, resulting in her welcoming you in the Komore Teahouse.

After speaking to Kozue, go inside of the Komore Teahouse and this will begin a cutscene where you and Thoma meet.

Thoma agrees to take you to meet the Shirasagi Himegimi but will first want you to accompany him to the Statue of the Omnipresent God.

3) Go to the Statue of the Omnipresent God

Exit the Komore Teahouse and follow the waypoint leading southeast and as you approach the statue, a cutscene will begin.

Thoma will tell you a little bit of the story of the Statue of the Omnipresent God, and you will find out more about the Raiden Shogun which plagues Inazuma.

Once the cutscene has finished, Thoma will tell you that he will take you to the Kamisato Residence on Narukami Island. 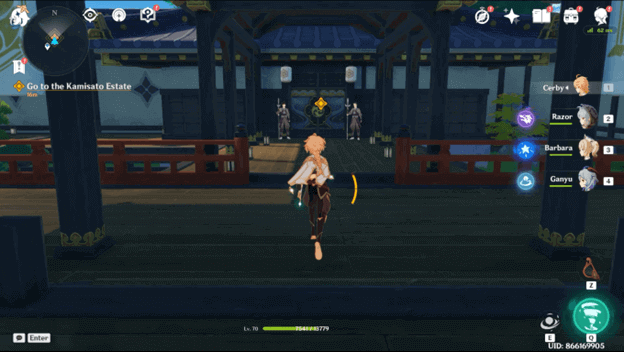 4) Go to the Kamisato Estate

The Kamisato Estate can be found in the northeast section of Narukami Island, make your way there by following the waypoint.

Once you are in the compound of Kamisato Residence, head to the door of the Yashiro Commission Headquarters, enter it and a cutscene will play.

Thoma will introduce you to the daughter of the Yanshiro Commission named Kamisato Ayako who has been hidden behind the screen.

She will agree to help you speak to the Raiden Shogun, proving you must have to fulfill her three wishes on her behalf.

The quest comes to an end after the cutscene where you have accepted her terms.

After you have completed the Three Wishes quest, you will receive Adventure EXP, and Mora as well as additional rewards.

You will also unlock the achievement “The Aspirations of All” and “Princess Behind the Curtain”. 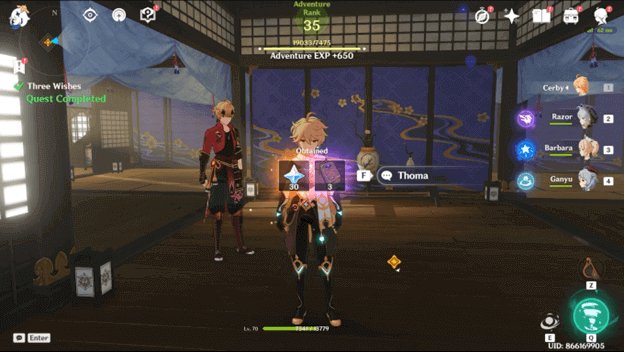 It seems that you felt something strange and heard voices when you came in contact with the Statue of the Omnipresent God.

Your journey has brought you to a new place and getting to your main goal may have been postponed but things will get easier later.

Now that you have agreed to Kamisato Ayako’s wishes, it looks like you’re going to need to head around to start helping others out.