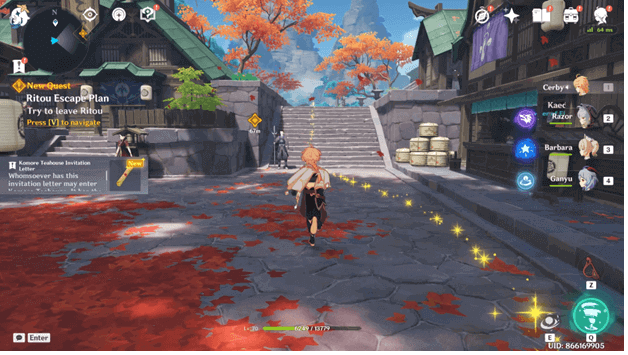 After previously helping out with current issues in Inazuma, you attempt to leave Ritou but things do not go as smoothly as you thought they would.

While things may seem to be complicated, there is always something else that can be done to find a way around such problems.

It looks like you will need to find a way to get out of Ritou and maybe with the help of someone along the way you will succeed.

How To Get Ritou Escape Plan Quest?

Upon completion of the Confessions of an Outlander Archon Quest, you will be able to start the Ritou Escape Plan quest right away. 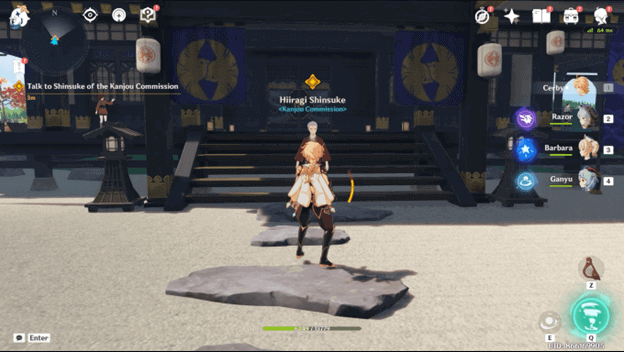 The objectives start with you needing to leave Ritou, but because you are an Outlander, it won’t be as easy as you thought.

As you approach Kobayashi, he demands that you show him your travel permit and since you don’t have one, he doesn’t allow you to pass.

You have decided to speak to the Kanjou Commissioner as this may help solve your permit problem and will need to head to his location.

You will be able to find the Kanjou Commissioner nearby at the marked location and will need to head over to speak with him.

A cutscene will begin where you are halted by the guard but afterward, the Kanjou Commissioner will appear to tell him to let you through.

3) Talk to Shinsuke of the Kanjou Commission

After the cutscene, head over to Hiiragi Shinsuke and speak with him to begin a dialogue where it appears that he knows who you are.

Hiiragi Shinsuke begins to ask you to do outrageous tasks, but you catch a glimpse of a woman hiding nearby who starts signaling you.

After the conversation with Hiiragi Shinsuke, you will need to leave the area and head over to the waypoint on your map.

As you leave the area and reach the waypoint, Shinnojou will call you to halt and will give you a letter from the woman who is later revealed to be Hiiragi Chisato. 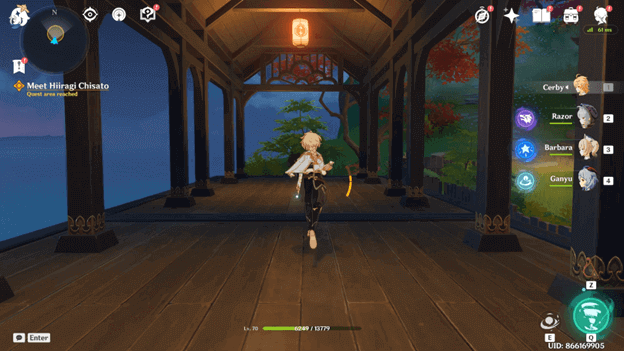 The letter will be a request to meet with Hiiragi Chisato and you will need to head over to where she is waiting, marked on your map by a waypoint.

As you reach the marked area, she will introduce herself and will have a request for you, which involves you delivering a letter.

Hiiragi Chisato has come up with a plan and you will need to head to Ritou’s border marked on your map, which will begin a cutscene.

During the cutscene, Hiiragi Chisato will talk to the officers to let you through as she has a task for you, which eventually forces them to do so.

7) Escort the Goods and Leave Ritou

After the cutscene, the Ritou Escape Plan mission will be complete, and this will set you off immediately onto the next quest.

After you have completed the Ritou Escape Plan quest, you will receive Adventure EXP, Mora, and other additional rewards.

You will unlock the achievement “Fight Fire With Fire”, and “Hiiragi Sanjuuro”. 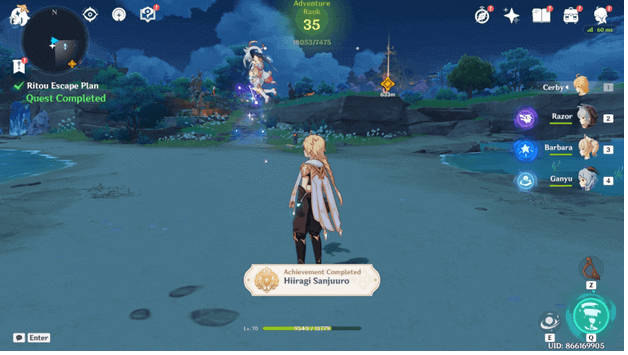 Leaving Ritou was no walk in the park and seeking help from the Kanjou Commissioner was not the best way but there is now an alternative solution.

Now that you have left Ritou, you will need to keep your end of the bargain and deliver a letter from Hiiragi Chisato.

At this point, there are some areas that you can now reach and more help to be done, starting with delivering the letter from Chisato.